Have you ever gone through an inspirational or life-changing story of a fitness trainer? Well! Below in this article, we are going to know about Nick Hounslow, who is quite special to read.

The fitness trainer is quite inspiring and has really a impactful life story. He has inspired a lot of young people to make their physiques better.

Now, it’s your time to read his story and know why he is this much famous across the world. You will not regret knowing about this so cool celebrity and social media sensation.

Who is Nick Hounslow? 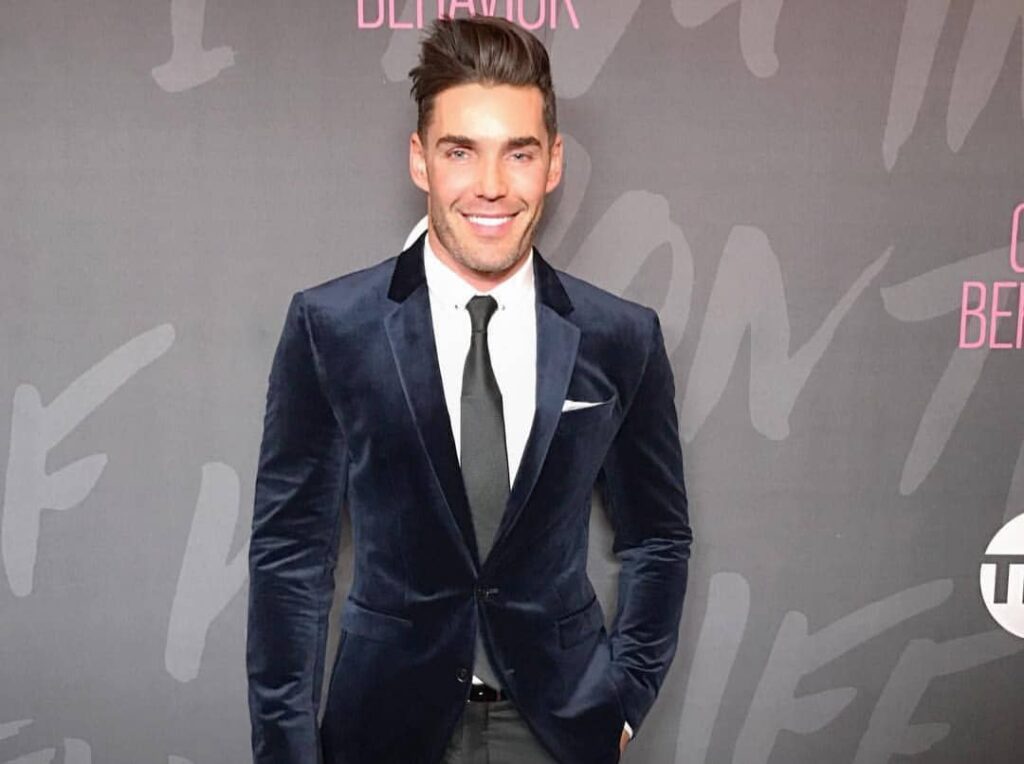 Nick Hounslow is a renowned model, actor, fitness expert, celebrity trainer, and television personality. He is widely famous across the world for being a top-class fitness trainer.

Along with this, he is best recognized for his appearance in shows like The Catch, and Jimmy Kimmel Live! Besides these, Nick has appeared in various films and television series.

He even has worked as a fitness trainer in many films and has served famous actors.

Nick has been covered by several famous magazines including Bello Mag and Men’s Fitness. Also, he has promoted several brands and accumulated some capital through it.

Nick Hounslow is now a leading fitness trainer in his surroundings and is rising rapidly.

Nick Hounslow was born on 25 February in the 1980s in London, United Kingdom. His father’s name is Bob Hounslow who was the former owner of Classic Wedding Cars of Ashby.

He has also worked for Royal Air Forces Association and was there from 2007 to 2014. He has also a sister named Charlie Hounslow who works as a makeup and prosthetic artist.

She is like a best friend along with a caring sister. She is even connected to Films and Televisions too.

Nick has not talked about her mother, but once his father posted her photo on his Instagram profile @bobhounslow.

Nick Hounslow started his elementary education at a local school in his native place. He was very smart from his childhood and had always the curiosity to become a famous guy.

And he did it. Let you see below how Nick achieved this mark.

When Nick was about 18 years old, he left his home for pursuing his career in modeling. He then worked globally in London, Paris, Milan, New York, and Los Angeles.

For his work, he was printed in numerous famous articles including Bello Mag, Runner’s World, Men’s Fitness, L’Uomo, and Zooey Magazine.

It was all his consistent hard work for his fitness and body that led him to achieve such success.

Around this period, Nick was only thinking about a good body figure that he can use for his modeling career. And you know well how much a body figure is important in the modeling field.

Looking at this, he was trying all he could to make himself suitable for all the requirements he might need for being a model.

When he was getting more famous, people were attracted a lot to him. In fact, he advertised many brands of Products including Crest, Taco Bell, Fiat, Cadillac, and L’Oreal with the supermodel, Claudia Schiffer.

Besides this, Nick Hounslow appeared in several music videos such as Hilary Duff’s Strange and Britney Spears’ Radar.

Nick Hounslow has been also seen on big screens on Jimmy Kummel Live, The Catch, and The Jay Leno Show. He has recently collaborated with Warner Bros.

All, Nick Hounslow is working as an actor, model, fitness expert, and celebrity trainer. He has appeared in several films and television series.

Also, he has been the personal fitness trainer of many actors and models. Nick is best known for his role in the popular TV series, The Catch (2016).

Nick is currently working as an actor at Discover Management in Los Angeles, California. Also, he is working as an Actor at HRi Talent. Earlier, he worked at LA Models. 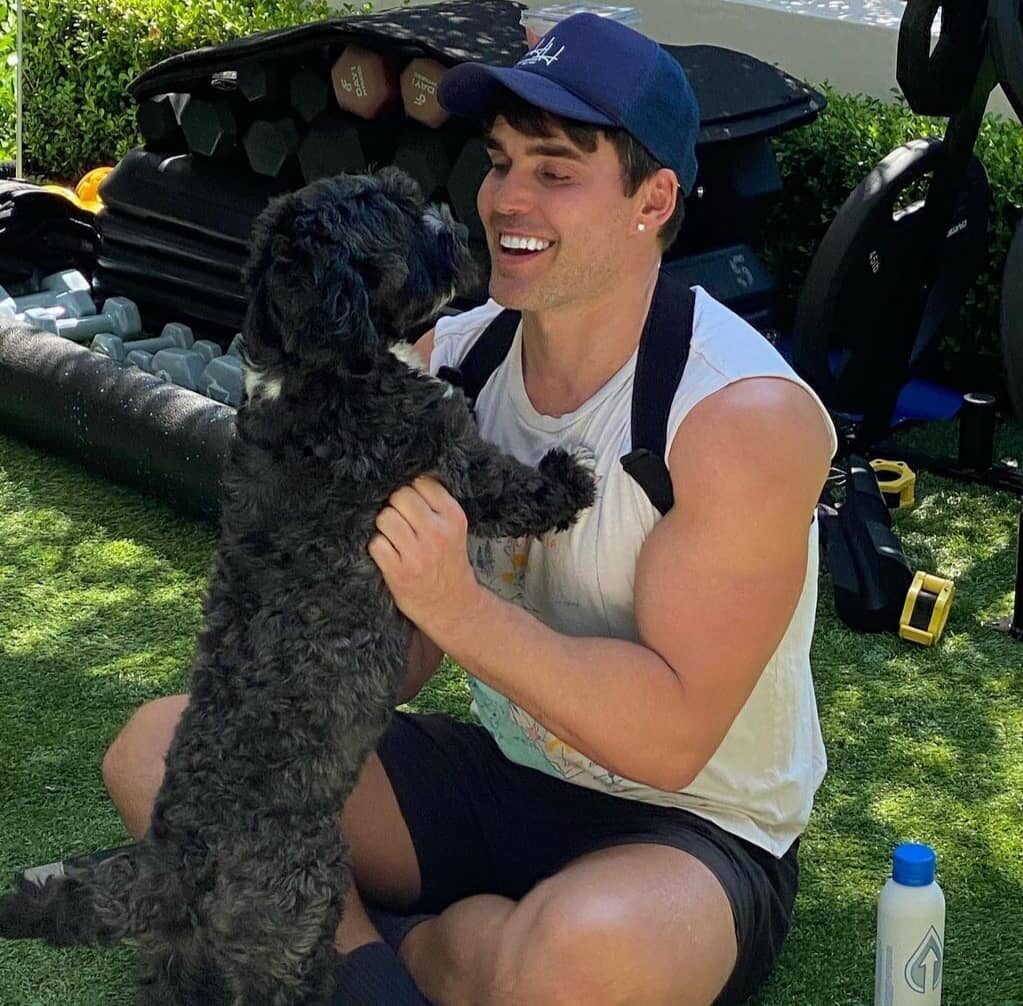 Nick Hounslow might have not been married and still, he is single. The statement has been taken after his appearance on his social media platforms.

Nick has never seen any woman who can be considered his girlfriend partner, or wife. In fact, he himself has never talked about his marital status or something about his relationship.

Nick is also a pet lover and has a black cute dog whom he calls ‘Edgard’ with love. He likes to spend his time with Edgard and share his picture with him.

Nick’s favorite book is Georges Marvelous Medicine by Ronal Dahl. Nick is an adventurous type of person and has been seen traveling the world.

Also, he has more than 2.74k followers on his Twitter profile. In fact, he has achieved a blue verified tick on his Instagram profile.

Nick Hounslow estimated net worth is $2 Million as of the year 2022. Otherwise, his total fortune was somewhere around $1.5 million in 2021.

But now, the fitness trainer has made another $500,000 USD through his hard work and great efforts. And this is also true that he made most of his wealth as a fitness trainer.

As he is directly connected to the film industry, he got paid a very huge amount for his work.

Despite guiding the film stars, Nick has also such programs through which he trains average people around him. And the secondary source of Nick’s wealth is advertisement and brand promotions.

We have already seen how he promoted several brands. As of 2022, the fitness trainer’s annual salary is $500,000 USD which is supposed to grow more in the coming years.

Overall, Nick has the potential to live a luxurious life without having any huge financial problems.

Being a fitness trainer, Nick Hounslow would have sure a nice and attractive physique. And yes, he has.

The fitness trainer stands around 6 feet 1 inch taller which is equal to 185 centimeters or 1.85 meters. Besides this, he is around 80 kg or 176 lbs in weight with a nice body.

Overall, the fitness trainer and actor is so famous for both his professional and physical looks.

Nick Hounslow is a rising fitness trainer star who is not going to stop. He is consistently working in several places and leading his life. Nick is an inspiration and ideal for many fitness enthusiasts.

He even drops out of his home in search of his dream. What could be bigger than that sacrificing your everything at a very young age?

Now, it’s your time to show everyone what you can do.

I hope you learn something from the biography and wiki of Nick Hounslow. Please share your feedback about him and his story.