Nick Vujicic is a world-changing man who is now the inspiration and ideal of many people on the earth. He could be considered as a life-changer because he has done this on a broad level.

Almost everyone has been inspired by his life story and has succeeded in their life.

Now it’s your turn. So, start this inspirational biography of Nick Vujicic and move your steps towards your success.

Who is Nick Vujicic? 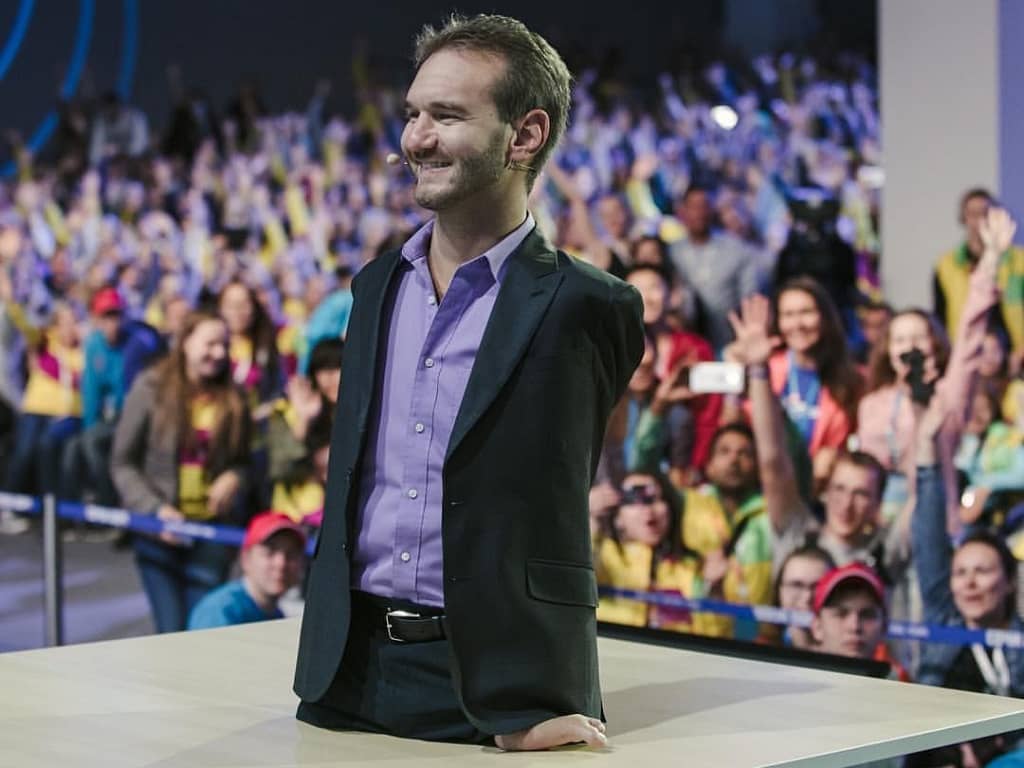 He is immensely popular across the world for achieving such successes without his arms and legs. People from different countries want to listen to him, wants to listen to his words and everything from him.

Vujicic has become the most inspirational speaker in history. He is now the reason behind many people’s success. Let you also read the very inspirational life story of Nick Vujicic and achieve your success like others.

If you can’t get a miracle, become one – Nick Vujicic 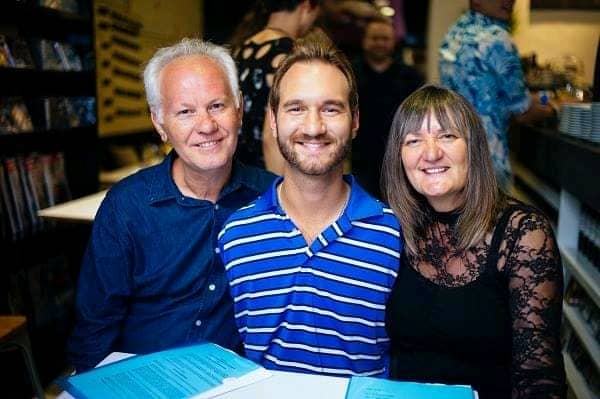 Nick Vujicic was born on 4 December 1982 in Melbourne, Victoria, Australia. His father’s name is Boris Vujicic and his mother’s name is Dushka Vujicic.

He has two siblings, a brother named Aaron and a sister named Michelle Vujicic. His birth was very different as he comes up with tetra-amelia syndrome in which the arms and legs are absent.

During the birth of Vujicic, her mother refused to accept him or even see him. She along with her husband went out of the hospital and vomited from seeing their child with no limbs.

However, being a parent, they changed their decision and accepted him by understanding it as God’s plan for their child.

Sadly, the toes of one of his feet were merged. Following this, the doctors performed an operation to separate the toes so that he could use them as fingers to grab.

Vujicic refers to it as his chicken drumstick. 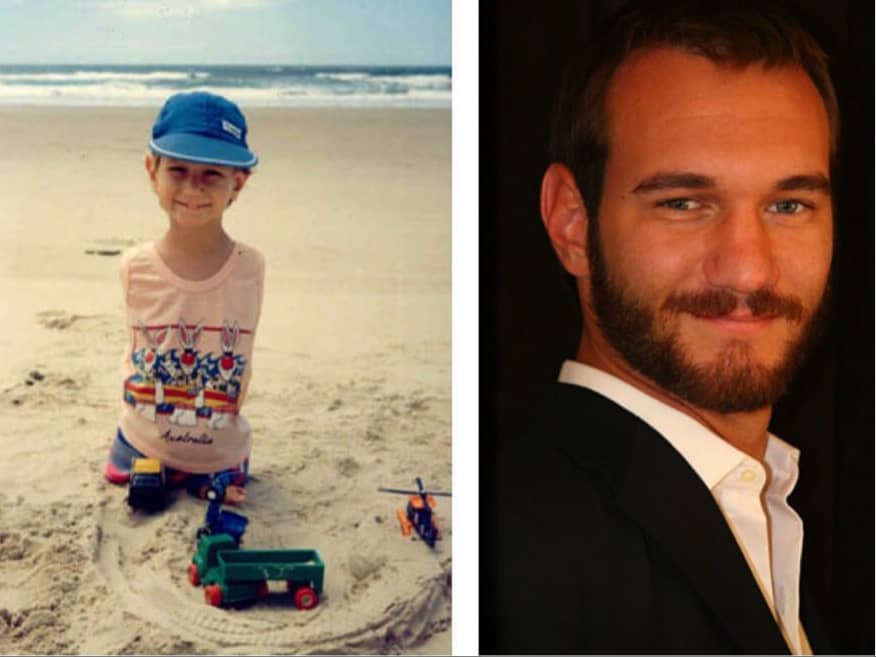 Nick Vujicic was first brought up with basic knowledge from his parents. Later, when they realized about his mental stability, they sent him to a mainstream school for his elementary education.

However, his disabilities made him the target of the school bullies, as a result, he was depressed severely. Even Vujicic tried suicide at age of eight and further tried to end himself in his bathtub at 10.

But the love and care from his parent let him leave these stupid actions.

When he turned 17, his mother showed him an article in which a woman was dealing with a severe disability.

Looking at this, he started giving talks at his prayer group and from here he learned to live a life like him.

Vujicic later enrolled in Griffith University in 2003 to pursue his graduation in commerce. Thereafter, he earned a B. Com degree and graduated in accountancy and financial planning.

Vujicic used to write with his two toes on his left foot and even can run a computer. In fact, he has the ability to type 45 words every minute with the help of his heel and toe.

In 2005, Nick Vujicic founded an international non-profit organization named Life Without Limbs. The organization has aimed to spread the awareness and doctrine of Christ so that people can move on this side.

They say that “there are at least 4.3 billion people on earth who don’t know Jesus. That’s why we are committed to sharing the Gospel with 1 billion more people by 2028”. 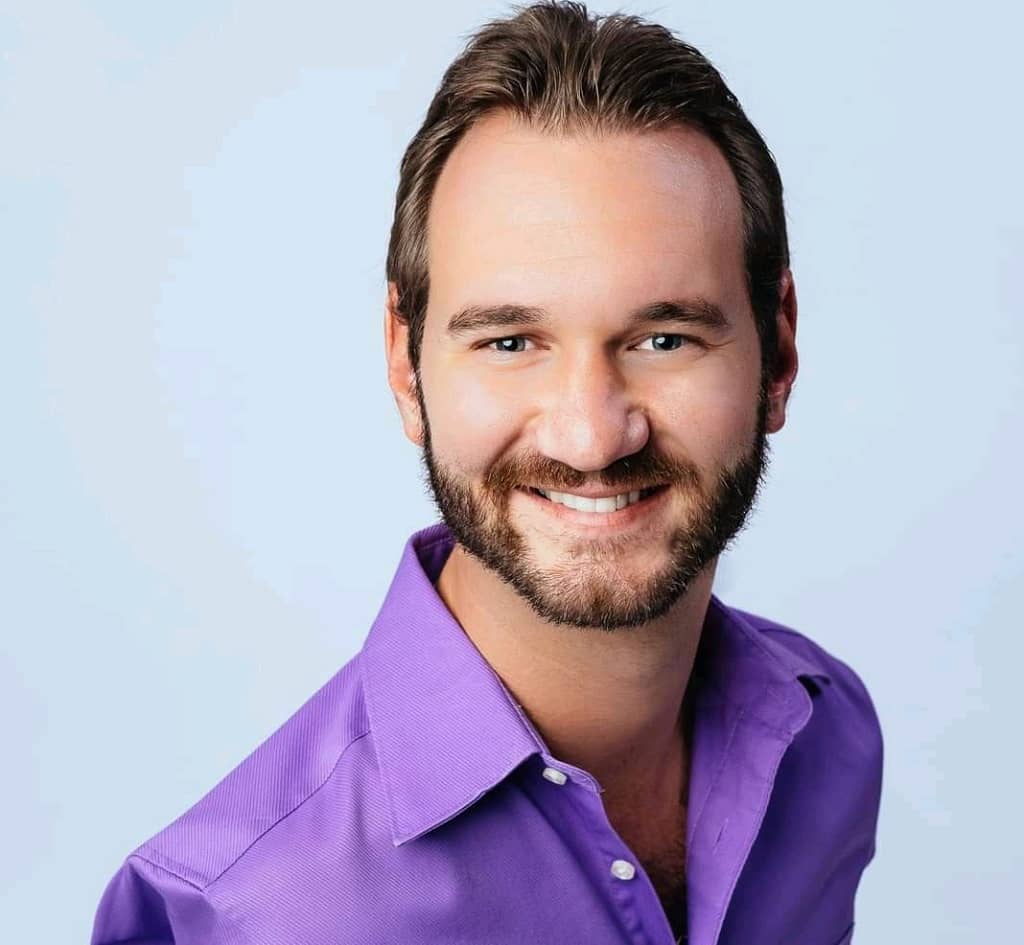 Vujicic then found an organization Attitude is Altitude which focuses on Social and Emotional learning positivity and anti-bullying.

The main purpose of this foundation is to help and inspire the students for their careers. In 2009, he was appeared in a short film, The Butterfly Circus, and played a small role as Will.

Following his astonishing performance, he was awarded the Best Actor award at the 2010 Method Fest Independent Film Festival.

In 2010, Vujicic became an author after writing a book, Life Without Limits: Inspiration of a Ridiculously Good Life. The book attracted a lot of people and thus he earned more fame.

Back in 2011, Vujicic looked in the film, The Lost Sheep playing the role of a TV Evangelist. He further wrote another book in 2012, Your Life Without Limits and this gone far from the previous one.

For his writings, he became the best-selling author of the New York Times.

Nick Vujicic attends numerous events and seminars where he motivated people in their life. He has visited and delivered speeches in more than 45 countries.

Even he has visited India where more than 1 Lakh people came to listen to him.

He has a lot of affection for sports but his disabilities stop him from playing anything. However, he has been seen throwing a tennis ball and participating in golf.

Vujicic can do more interesting things like he can comb his hair, answering calls, and even sky diving.

He has been featured on many big stages including TEDx, BBC, CBS Sunday Morning, USA Today, ABC News, 60 Minutes Australia, People Magazine, and many more.

Even he used to engage with his social media followers through his podcast “The Nick Vujicic Podcast”.

Nick Vujicic married her girlfriend and now wife Kanae Miyahara on 12 February 2012. He met her for the first time in 2008 in McKinney, Texas, and eventually, he fell in her love.

Kanae is half Japanese and half Mexican his father came to Mexico for establishing his business. Later, her father died, and then her family moved to the USA.

Kanae used to go to the same church where Vujicic goes and throughout they met each other. 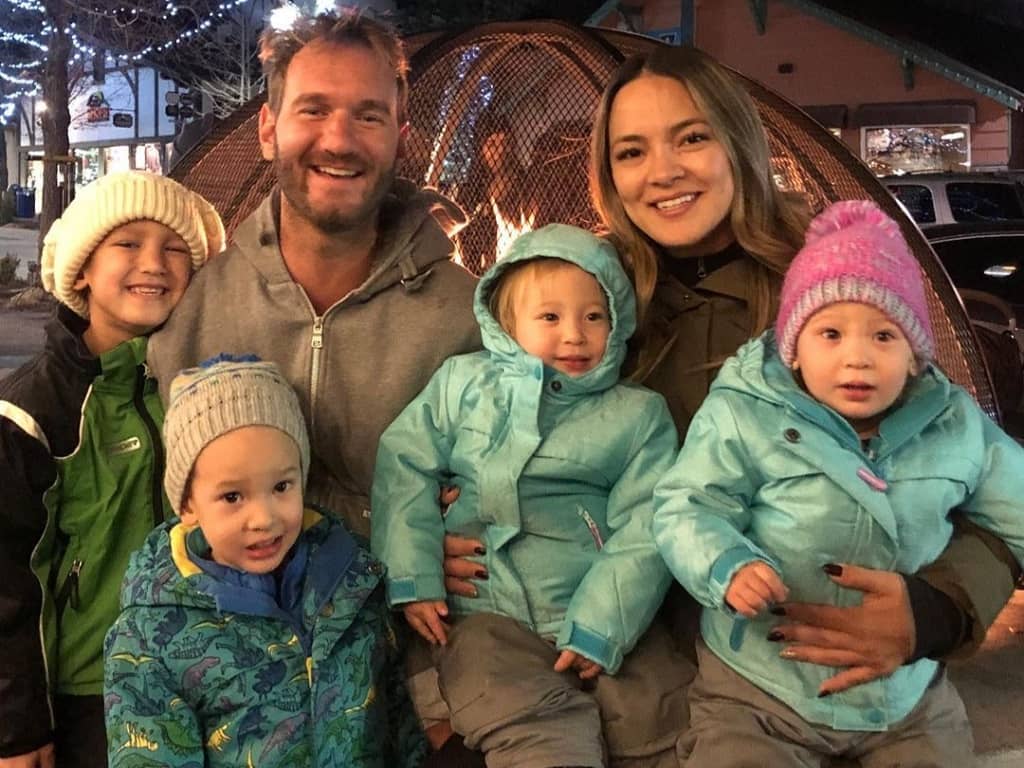 Vujicic and Kanae have a lot of affection and love between them. Even she stood with him in his very bad times. She also helps Vujicic in his work and sometimes she goes with him to charity and social events.

Nick Vujicic and his wife Kanae Miyahara were blessed with a son in 2013 named Kiyoshi James. Surprisingly, he was absolutely fine and healthy and didn’t inherit his father’s problems. It was a glorious moment for Vujicic and Kanae.

After two years, the couple was blessed with their second son named Dejan Levi. Back in 2017, they welcomed twin girls name Ellie and Olivia.

Now, Vujicic and Kanae has 4 children and living their life happily.

Nick Vujicic estimated net worth is $1.5 Million as of the year 2022. Otherwise, last year his total wealth was calculated nearly $1 million.

This means that the motivational speaker has earned around $500,000 USD so far this year. And with his success, he got various opportunities to multiply his wealth without any big issues.

Although, he earns no money from his foundation, Life Without Limbs, which is a non-profit organization.

Owning several disabilities, Vujicic understands the need of other disabled people and thus he is fulfilling their needs through his organization and personal wealth.

He never believes in being rich with money, but rich by being a philanthropist. And that’s why his salary comes to around $500,000 USD annually.

However, besides this, he has various earning sources that contribute to his wealth.

Belief and Conception of Vujicic 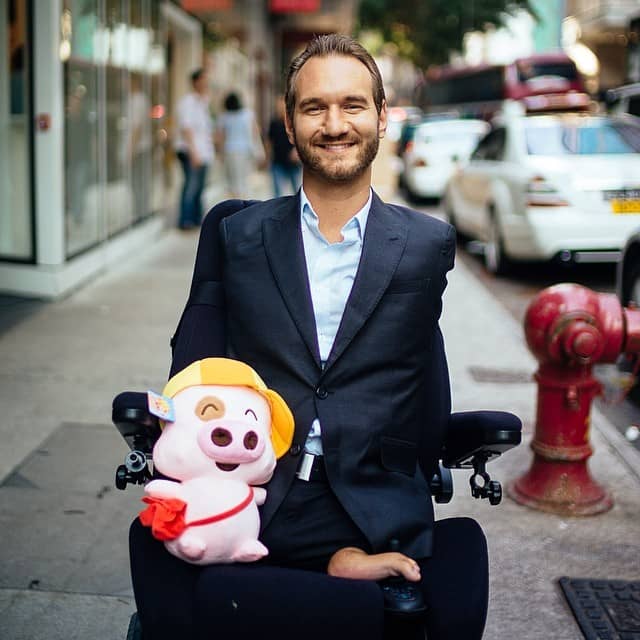 Well, Vujicic is not a normal person but contains amazing aptitudes mentally.

He never mourns on his disabilities and instead, he focuses on what he has. Vujicic believes in Christianity at a deep level and this also made him an evangelist.

He spread the principles and doctrine of Christianity and tries to make people believe in it.

Further, he believes in being a philanthropist through which he can help the poor and disabled people like him.

Vujicic has a mission to inspire the world to know that we all can rise above adversity and overcome every disability of the heart and mind.

Nick Vujicic has a large number of followers on his social media accounts. And why not, as he used to post inspiring videos there?

In fact, he has the blue verified tick on all of his social media profiles. This shows how popular Vujicic is.

Awards and Achievements of Vujicic

Nick Vujicic is a very thoughtful man and always produces inspirational thoughts for his followers. And it’s also true that single thought is enough to change a life.

Let you discover below some of his inspirational thoughts.

Nick Vujicic is also an author and being this, he has written several books. In simple words, he is inspiring the world through both online and offline mediums.

He is trying to share his thoughts and formulas which can make a person successful. Let you look below at the major books of Nick Vujicic.

Nick Vujicic might not have got a nice body, but has skilled mind with top-notch aspects. And being a bodybuilder is not everything for everyone, so it doesn’t matter whether someone is bad with his physical appearance.

Anyhow, you should know that Nick Vujicic is around 3 feet 2 inches taller which means 99 cm or 0.9 m. Further, he is 39 kg in weight, which is around 85 lbs in pounds.

Overall, he is still perfect in this condition.

Nick Vujicic is the only motivational speaker ever to be born without arms and legs. His life story is no less than an inspiration for you and for every reader.

It’s not a general thing to be regarded as the world’s best motivational speaker. It needs patience and hard work which Vujicic did at.

Vujicic is sure to grow more in the future and be a world-leading speaker within 5 years.

So, all you need is to follow him and learn from him. I hope that you learned something from the biography of Nick Vujicic. Share your valuable feedback with us so that we can improve further.

Next Read: Who is Rapper Blind Fury? Biography and Story