Phill Lewis is a man of inspiration for every young actor coming into the film industry. He has appeared in a huge number of films and TV series and owns great experience there.

Despite these, almost most of his fans are not aware of his story. So, today we have brought his amazing life story that you shouldn’t miss at any cost.

Who is Phill Lewis?

Phill Lewis is a renowned American actor, comedian, and film director who is immensely popular for his roles as hotel manager Mr. Moseby on the TV Series The Suit Life of Zack & Cody.

Besides this, Lewis is also popular for his appearance in series such as Lizzir McGuire, Friends, The Wayans Bros, and How I Met Your Mother.

Lewis had struggled a lot throughout his career as he had to go through tough faces during his starting days.

However, he never let his fear left his journey, instead, he motivated himself to achieve more in his life.

Let’s see below how he made his so-long dream in reality.

Phill Lewsi was born on 14 February 1968 in Arua, Uganda. His father, Delano Lewis worked as the Peace Corps’ associate director and country director for Nigeria and Uganda.

Later, he served for United States Ambassador to South Africa.

His mother’s name is Gayle Carolyn Jones, she is probably a homemaker. Further, he has three brothers named Delano Jr. Lewis, Brian Lewis, and Geoffrey Lewis.

Aside from this, there is no information available regarding the educational qualification of this actor.

However, it is known that he was a Presidential Scholar in the Arts during 1986 and even got a medal from then-President Reagan. 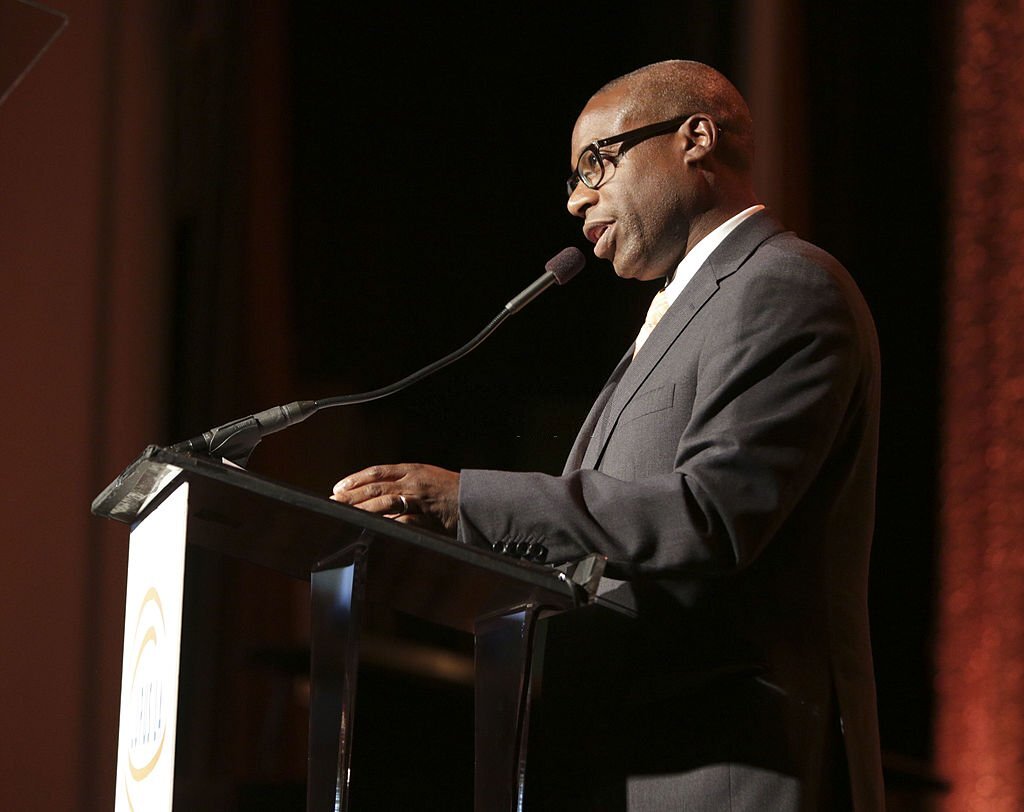 Phill Lewis made his film debit with the 1989 dark comedy film Heathers in which he played the role of Dennis. In 1991, he got the opportunity to cast a lead role of the short-lived CBS sitcom Teech.

Apart from these films, he also appeared in few more. He even appeared in guest parts on various TV Series including Sister Sister, 8 Simple Rules, Ally McBeal, and Buffy the Vampire Slayer.

Lewis co-starred in the 2005 series The Suite Life of Zack & Cody in which he portrayed the role of Mr. Moseby.

Back in 2008, he had reprised the role on a spin-off The Suite Life on Deck, as the manager of The S.S. Tipton.

These were some little steps of Lewis that were ultimately taking him on the peak. During this period, he has to go through a lot of difficulties but he was enough strong to handle all his obstacles.

However, Lewis had already gained huge popularity with his role in The Suite of Zack & Cody, City Slickers, and Kicking & Screaming.

Between 2009 to 2012, Lewis appeared in the TV Series Special Agent Oso which earned him huge fan following across the world.

After that, he made his appearance in I’m Not Dead Yet in which he played the role of Dr. doctor.

Phill Lewis is also a film director. He made his directorial debut with The Suit Life of Zack & Cody episode “I Want My Mummy” in 2007. Further, he has directed eight episodes of The Suit of Life on Deck.

Since that time, he has directed episodes of the Disney Channel sitcoms A.N.T Farm, Austin & Ally, Good Luck Charlie, Hannah Montana, and Jessie.

Besides this, Lewis has also directed few episodes of Nickelodeon sitcoms as well including, Big Time Rush, Henry Danger, and iCarly.

He also directed the live episodes of Undateable (2015) which got a third season for the series.

After 2017, Lewis directed fifteen episodes of the Netflix sitcom One Day at a Time till 2019.

Phill Lewis married his wife Megan Benton Lewis a long time back and yet the couple is living together in a strong relationship.

They have not opened up about how and where they first met, but this is clear that they are together for a long time.

Lewis and Benton have even been blessed with two beautiful children named Piper Lewis and Annie Lewis. The couple seems happy in their life and sharing a strong bond together.

During the end of 1991, Lewis was arrested after he fatally hit a resident of Bethesda, Maryland, Isabel Duarte in a car crash. He was fined with manslaughter and driving while intoxicated.

At that time, he was dunked three times than the limit for legal intoxication.

The court jailed him for 5 years, but suspended four, citing his work after his arrest with a prison-based theater troupe that performed in jails and schools to show the significance of drug abuse.

The court also ordered Lewis to serve two years’ probation after being released from the prison and to perform 250 hours of community service.

Phill Lewis estimated net worth is $3 million as of the year 2022. Otherwise, he had around $2.5 million fortune last year in 2021. He has earned this much amount throughout his acting career.

Phill Lewis’ annual salary is $500,000 USD as of 2022. Though the data can fluctuate as per various factors and parameters.

Phill Lewis has made most of his fortune through acting and directing films. Being appeared in more than 100 films and TV Series is not a little thing.

It would have cost his day-night efforts. That’s why he also paid in millions. He seems financially stable and has the potential to grow more in the coming years.

We hope you loved reading the biography of Phill Lewis.