Every once in a while, a person gains widespread attention as a result of their famous father or mother. At the same time, the person likely gets overshadowed by the fame and achievements of their parent.

Robert Hawking is a classic example of this paradox.

Robert is famously known as the son of a world-renowned scientist, the late Stephen Hawking.

The latter earned many accolades for his contributions to science, including the Presidential Medal of Freedom (2009), which is the highest civilian honor in the United States.

Who is Robert hawking? 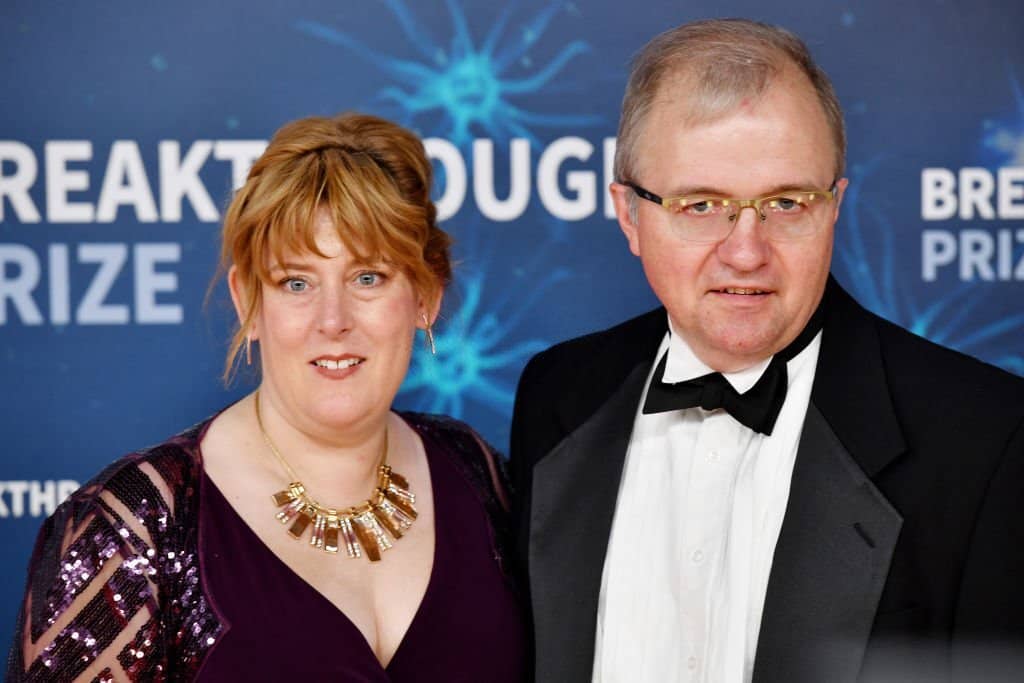 Robert Hawking is famous for being the eldest child of the late, renowned English scientist, theoretical physicist, and author Stephen Hawking, who is widely recognized not only for his works relating to the black holes.

But for being the Centre for Theoretical Cosmology’s director of research, and University of Cambridge’s Lucasian Professor of Mathematics as well.

Stephen Hawking is also well known for his publications, including novels such as “A Brief History of Time”, “Black Holes and Baby Universes and Other Essays” and “The Universe in a Nutshell”.

Apart from being famous because of his father’s scientific reach, Robert Hawking is also known for his successful endeavors as a software engineer, currently working for the Microsoft Corporation.

Robert has also a step-brother, Timothy Hawking who is known for being the brand development management of LEGO Group.

Robert Hawking was born on 19th May 1967, in Hertfordshire, United Kingdom. Robert is the eldest son of the famous Stephen Hawking and Jane Beryl Wilde.

His mother graduated from Westfield College of the University of London majoring in languages, before earning her Ph.D. in 1981 in medieval Spanish poetry.

Robert’s father, Stephen Hawking attended St Albans School before enrolling at the University of Oxford from which he graduated in 1961, obtaining his first-class Bachelor’s degree in physics.

In 1966 he was awarded his Ph.D. in applied mathematics and theoretical physics from the University of Cambridge.

Robert’s parents first met in 1962, shortly before Stephen was diagnosed with motor neuron disease – also referred to as amyotrophic lateral sclerosis (ALS) – in 1963, and they began their relationship, a year later becoming engaged, tying the knot in July 1965.

Due to his professional engagements as well as his physical condition, their marriage suffered a crisis, and after 25 years of marriage, the couple separated in 1990 which resulted in divorce in 1995.

Robert’s father Stephen passed away on the 14th March 2018 in Cambridge, England, at the age of 76.

Robert is of white ethnicity and has two younger siblings – a sister named Lucy born in 1970 who is a journalist, novelist, and an educator, and a brother named Timothy born in 1979 who serves as the Brand Development Manager for The Lego Group.

Having his father as a role model, Robert Hawking initially became quite interested in science during his early years.

Byt later decided to guide his education towards engineering, and enrolled at the University of Oxford from which he graduated, majoring in software engineering.

Born as the eldest son of English theoretical physicist, cosmologist, and author Stephen Hawking, it was quite expected that Robert Hawking would follow his father’s footsteps into science.

As a kid, he developed an interest in science and also expressed his desire to become a scientist like his father, but later he chose to study software engineering and graduated from the prestigious ‘University of Oxford.’

His professional endeavors saw him working in the field of information and technology for years.

He lived in Canada for a few years and presently works for the famous American IT company, Microsoft Corporation, as a software engineer.

Robert Hawking is a family person from the very beginning and shared a strong bond with his family, especially with his father who served as the Director of Research at the Centre for Theoretical Cosmology, University of Cambridge.

He took care of his father from a tender age as his father suffered from amyotrophic lateral sclerosis (ALS).

Before the release of her memoir, Travelling to Infinity: My Life with Stephen, Robert’s mother, Jane, praised her son saying he “had to do things for his father that children really shouldn’t have to do.”

Her book was later adapted into the 2014 blockbuster British biographical romantic drama film, The Theory of Everything, in which Oliver Payne and Tom Prior portrayed Robert.

Afterward, he married Jane Hawking from 1965 to 1995 and has three children who are passing content and happy life.

He was blessed with a son and two daughters. Robert Hawking seems to be great and satisfied with his life. He is very grateful for everything he has in his life.

He loves to spare his time with his children. Robert wants to keep his personal life away from the media.

Robert hawking has a net worth of $5 million USD. After his father’s death, Robert alongside his mother and siblings inherited a sum of almost $60 million.

It is estimated that Robert Hawking’s wealth, as of late 2018, revolves around the sum of at least $5 million.

In addition to his professional engagements within the Microsoft Corporation with an estimated salary of over $150,000, it can be concluded that the size of Robert Hawking’s net worth figures around quite an impressive amount of money.

In 2014, Robert was also featured in James Marsh’s biographical drama movie about the Hawking family, based on his mother’s memoirs entitled “Travelling to Infinity: My Life with Stephen”, and named “The Theory of Everything”.

The movie, in which Eddie Redmayne starred as Stephen, Felicity Jones as Jane Hawking while Robert was portrayed by Tom Prior.

This was a genuine commercial success and received warm critiques and the audience’s reception.

It was honored not only by the prestigious Academy Award but with a box office record of more than $35.8 million as well. It is possible that this venture made a notable impact on Robert Hawking’s net worth.

Also Read: Who is CV Raman?

Robert hawking is having a lovely, and sizzling personality. He is massively standard amongst youth. He is roughly 5 Feet 7 Inches tall and weighs around 70 kg.

He has brown eyes and brown hair. He has an engaging persona.

Adding to the lack of transparency, Robert is not active on any social media networks either.

Next Read: Success Story of Albert Einstien – You Know Him, but might not his success story.