In this developing world, there are thousands of authors and writers who are writing numerous books a day. But still, there is no author who had surpassed the aptitudes of Ruskin Bond.

He is a world-class author whose books are going to be remembered for centuries. His life story is very inspirational and motivational which is sure going to change your life.

Let you read the biography of Sir Ruskin Bond and move towards a successful life.

Who is Ruskin Bond? 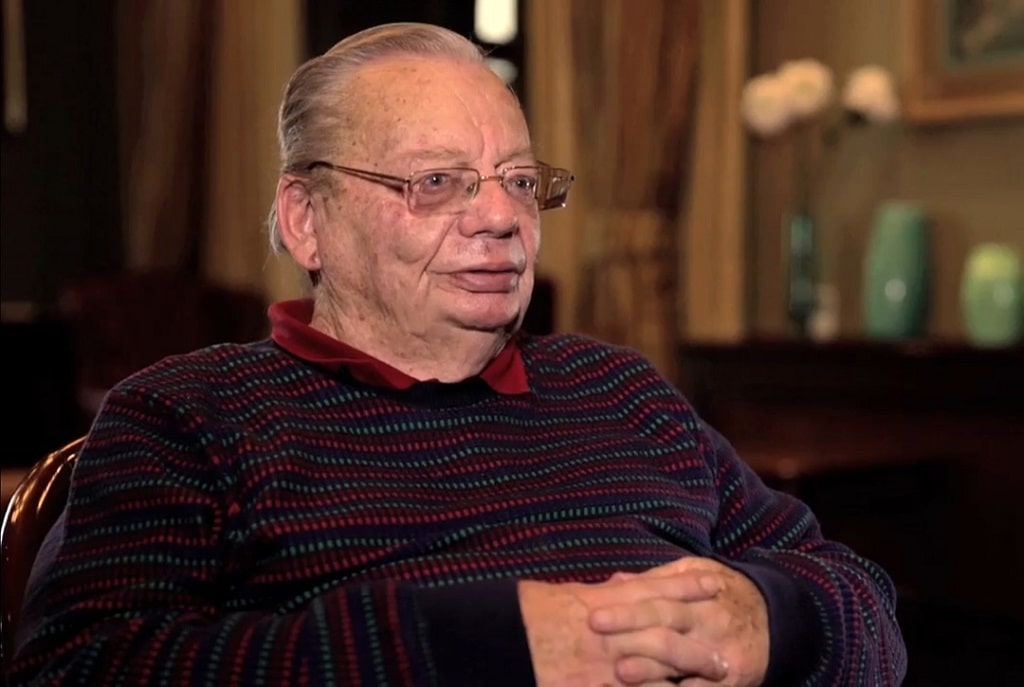 Ruskin Bond is a renowned British Indian Author and Writer who has contributed the most in making Indian literature better.

He is immensely popular for his creative writings which always differ from all other authors.

Especially, he is regarded as the best author for children because he writes very inspirational and remarkable poems for them.

Ruskin Bond was born on 19 May 1934 in Kasauli, Punjab State Agency, British India. His father, Aubrey Alexander Bond was an English teacher and had taught English to the Princess of Jamnagar Palace.

He had a sister named Ellen who sadly died in 2014. He has also a brother, William Bond who lives in Canada. Ruskin grew up with his family in Kasauli till he was six-year.

Thereafter, his father joined the Royal Air Force in 1939, and the rest of his family needed to live at Ruskin’s maternal home in Dehradun.

A few months later, Ruskin was sent to a boarding school in Mussourie where he studied basic education.

When he turned 8, his mother separated from his father and married a Punjabi Hindu, name Hari.

Thereafter, Ruskin’s father took him to Delhi where he was posted in the Royal Air Force. Ruskin describes the moments with his father as one of the happiest times of his life.

His father was his everything. Although, unhappily his father died in 1944 due to Malaria disease.

At that time, Ruskin was in a boarding school in Shimla and was thoroughly heartbroken after knowing about this tragedy. He then grew up with his mother and stepfather in Dehradun.

Ruskin Bond started his elementary education at Bishop Cotton School in Shimla. He was a very studious and intelligent student in his school.

He was extra fabulous in literature and writing. Following this, he has been awarded two big awards in his school time.

Those are Irwin Divinity Prize and Hailey Literature Prize. Ruskin graduated from Bishop Cotton School in 1950 and started his career.

He wrote his first and very short story in 1951 and named Untouchability. He then moved to his aunt’s home in Channel Island in 1951 following his high school education and stayed there for two years.

Ruskin Bond begins his career with his first novel, The Room on the Roof. The novel consists of an autobiographical story of an orphaned Anglo-Indian boy named, Rusty

For his writing, he was awarded the John

Llewellyn Thys Prize in 1957. He then moved to London and worked in a photo studio yet he searched for a publisher.

After publishing his novels, he used his money to come back to India and settled in Dehradun.

Ruskin worked as a freelancer for a few years in Delhi and Dehradun. He wanted to stabilize himself financially and he succeeded to do it.

He wrote several short stories and poems for newspapers and magazines. This helped him sustain himself financially.

Once he said that, in my 20s, sometimes I got lucky and some work got selected and I earned a few hundred rupees. I was just very happy to be doing what I loved doing best.

Back in 1963, Ruskin Bond moved back to Mussoorie because it was near to the editors and publishers in Delhi.

Rise of Ruskin Career and Popularity

In 1980, an Indian book and story publishing company established its name, Penguin. The company approached Ruskin to write some books for them.

Thereafter, he wrote the sequel of The Room on the Roof in 1965 and named Vagrants in the Valley. Both of the novels at a time by Penguin India in 1993.

Further, the company published a collection of his non-fictional writings, The Best of Ruskin Bond in the same year.

Ruskin has always had an interest in supernatural fiction writings and this led him to write several stories including, Ghost Stories from the Raj, A Face in the Dark, A Season of Ghosts, and many more.

After these, Ruskin Bond has written over 500 short stories, essays, and novels.

He also loves children and that’s why he had written numerous poems and stories for them. Some of his popular writings for students were The Blue Umbrella, A Flight of Pigeons, Funny Side Up, and over 50 books.

In 1997, Ruskin Bond published a book covering his autobiography named Scenes from a writer’s life. The book describes his biography including his formative years growing up in Anglo-India.

Recently in 2017, he published another autobiography book, Lone Fox Dancing.

Ruskin has created a fictional character named Rusty. It is about an orphaned sixteen years Anglo Indian boy who lived in Dehradun. He had no real family, thus he started to live with his adopted guardian, Mr. John Harrison.

Mr. John has strict and harsh manners and rules. Rusty has to follow the hard rules of his guardian. If he obeys Mr. John, he could be beaten by him.

Even though he hasn’t any friends, hence he lives in a lonely environment.

His character has been made with the vision of helping teenagers who were engaged in their life and happiness.

In 1978, the Bollywood Film Junoon was released which is totally based upon Ruskin’s novel, A Flight of Pigeons.

Even, his character Rusty and his stories have been taken into a TV series, Ek Tha Rusty. Later in

2005, Vishal Bhardwaj (Bollywood director) made a film which is based on Ruskin’s novel for children, The Blue Umbrella.

It became an award-winning movie and won the National Award for Best Children’s film.

In 2011, Ruskin appeared in Vishal Bhardwaj’s film, 7 Khoon Maaf. It was his maiden big-screen appearance. The film was based upon one of the short stories, Susanna’s Seven Husbands.

He played his role as a Bishop with the Bollywood actress, Priyanka Chopra. Also, Ruskin worked together with Bhardwaj in The Blue Umbrella.

Following his great contributions to Indian literature, he has been honored with numerous awards. However, these awards are nothing against his works but could give an inspiration sign among people.

Below are motioned the major award and years Ruskin Bond achieve in his life.

Ruskin Bond lives with his adopted family in Landour, Mussoorie’s lvy Cottage which has been his home since 1980.

While his sister, Ellen lived in Ludhiana, India along with his step-sister until she died in 2014. And William Bond, his brother, lives in Canada.

Talking about Ruskin Bond’s marital status then the answer is that he is unmarried and never thought of marriage. He believes in being an Indian and working in Indian literature.

Once he was asked about the thing, he liked the most in his life. He replied that “I have been able to write for so long. I started at the age of 17 or 18 and I am still writing.

If I were not a professional writer who was getting published, I would still write”.

On being an Indian, Ruskin Bond says in his essay that Race did not make him one. Religion did not make me one. But history did. And in the long run, it’s history that counts.

Ruskin Bond’s net worth is estimated at around $2 million as of the year 2022. He mostly earns as a book writer and his books have paid him the most.

He is adding money to his life moreover he is writing new books. However, his net worth he has doesn’t matter a lot to him.

He used to live a very simple and average life like others. He believes in being an Author only instead of being a millionaire.

Ruskin Bond has written many books in his life story. Most of his writings were inspirational and very interesting. In fact, children love to read and write Ruskin’s poems and stories.

Let you know the major old and new books which Ruskin Bond has written in his career.

Ruskin Bond is the name among the authors who is going to be remembered in whole history.

Not only for India but all over the world. His books are read by every people from every country.

Ruskin has such exclusive and unique writing skills that change the mood of the readers. It will be very difficult for other coming writers to surpass his achievements and records.

The biography and life story of the Ruskin bond is so much inspiration for every reader. His life story also teaches the way to live for being a professional author.

I hope you guys enjoyed a lot reading this motivational story of Ruskin Bond. Share your feedback with us so we can improve further.