Shahar Isaac is one of those lucky persons who have the chance to live their dreams. He wanted to become an actor since childhood and so is he now.

Shahar Isaac has always loved to perform, but he probably never would have imagined that the love would eventually lead to him building a worldwide fan base.

Shahar Isaac is a renowned actor and social media personality. He rose to prominence for his portrayal of Simon Peter in the religious television show, The Chosen.

He has also featured in other films and TV shows like Madam Secretary and Person of Interest.

He is especially known for his smoldering looks and super stylish hairstyle.

Who is Shahar Isaac? 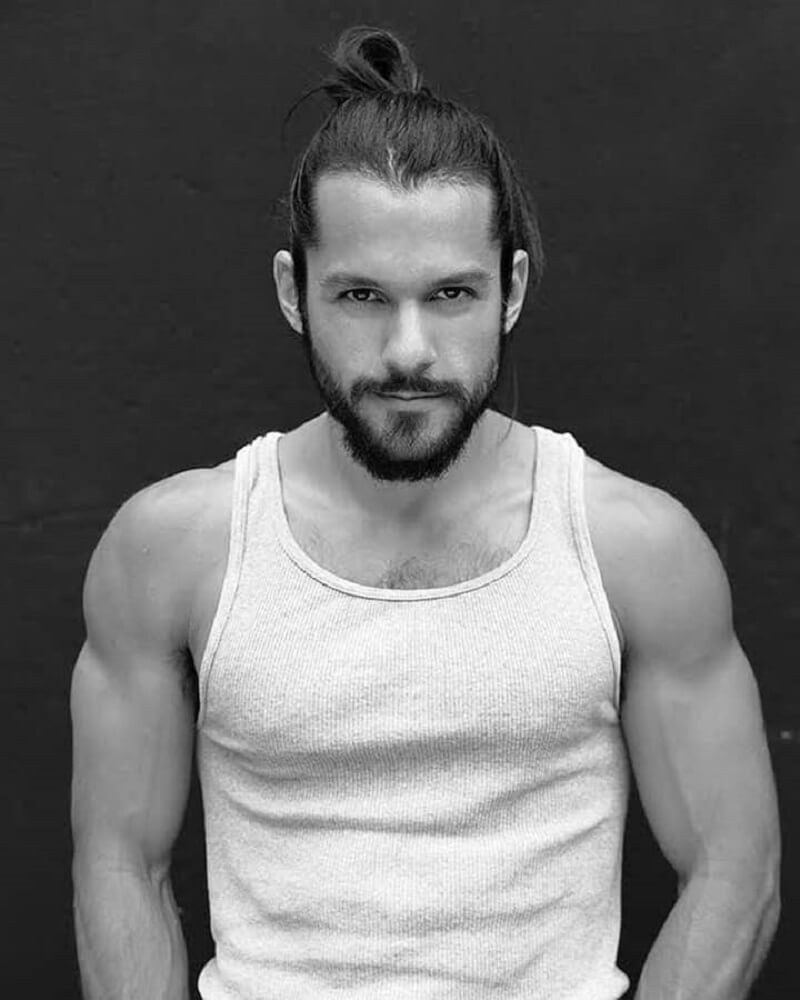 Shahar Isaac is now a famous TV personality who is well loved by fans both for his acting and his looks. She does have a lot of female fan following and is very active on social media handles like Instagram.

Shahar is well known on several social media pages with a sizable following.

He is also on Twitter, where he has more than 1k followers under the handle @shaharisaac.

Being an actor, he is also an avid photographer which can be seen in his social media handles.

He is a keen lover of nature too.

Despite now being a famous personality, most of the important details about this man are not known.

Shahar has well hidden his life from social media and is quite a secretive person.

It is not exactly known when Shahar was born so we cannot know his age. Yet sources claim his birth zodiac sign is Sagittarius.

It is speculated though that he was born in Israel and later came to the United States.

Shahar is of Israel-American ethnicity and is a follower of Judaism. He is Jewish and so were his parents.

According to the Reddit website, Shahar is a Jewish man with Israeli roots who is probably a native Hebrew speaker.

He completed his schooling in the states and then enrolled in Rutgers School of acting under David Esbjorn and Barbara Marchant, from which he graduated with a bachelor’s degree in Fine Arts. A successful actor by profession, during his school years, performed in theatre productions of plays such as Merchant of Venice, The Two Gentlemen of Verona, and Shakespeare.

He landed his first acting role in the TV series Person of Interest as Tariq Al Juhan, where he appeared in the first episode in 2015.

He then appeared in the TV drama National Theatre Live: Salome. However, Isaac made his most significant break in 2017 when he acted as Simon Peter in The Chosen.

The Chosen is an American historical drama series created and directed by Dallas Jenkins. The crowd-funded show, which premiered in 2017, surrounds the life of Jesus Christ of Nazareth and his disciples. Isaac has appeared in 16 episodes of the series.

His acting career spans several years, and he has five acting credits under his name.

According to his IMDb page, the following is a list of movies and TV shows in which Shahar Isaac The Chosen has appeared.

Shahar Isaac is also famous for his photography skills.

The actor is a photo enthusiast. He loves capturing images that may be seen on his Instagram and Facebook pages.

He earns his living by capturing scenes, and as his hobby, he has developed attention to detail by capturing beautiful moments.

He also showcases his unique pictures on his photography website, shaharphoto.com.

Despite being a famed TV star, Shahar Isaac has kept his relationships and personal information private.

Currently, the TV actor is single.

Furthermore, he is yet to disclose any information on whether he is married or in any relationship.

Nothing is known about his previous affairs or relationship or even the names of his parents.

The actor stays away from drama and focuses on his acting career and photography skills.

According to him, he does not have time for love relationships now as he wants to do well in his professional life.

Although it is evident that the actor and photographer earns a sizable fortune from his acting profession, his net worth is yet to be disclosed to the public.

He does earn well owing to his famous discourse in the entertainment industry.

And even from his photography website he does sell his photos at a good price and earns well.

Shahar Isaac’s height is 5 feet and 8 inches or 172 centimeters and he weighs around 143 pounds or 66 kilograms.

He has dark brown hair and brown eyes. His eyes are sharp and piercing. His looks can be quite captivating and alluring.

He likes to work out and maintains a chiseled physique.

Being an actor, he definitely does have a very attractive personality.

Thank you for reading this article about the reclusive actor Shahar Isaac.

Please feel free to share any thoughts and opinions or any new information on the actor and don’t forget to add it in the comments sections below.