Do you guys love the Netflix show “Dream Home Makeover”? You’re a great fan of Shea and Syd McGee, right? Then this article will be most suitable for your interest because we will discuss interesting and unknown facts about Shea McGee.

And McGee proved that people could achieve everything in this world when they have a perfect life partner.

Presently, they have created a big empire, but they developed their company from scratch and a small room. But they are now a multi-million-dollar company! All credit goes to Shea McGee for her confidence and courage.

Who is Shea McGee? 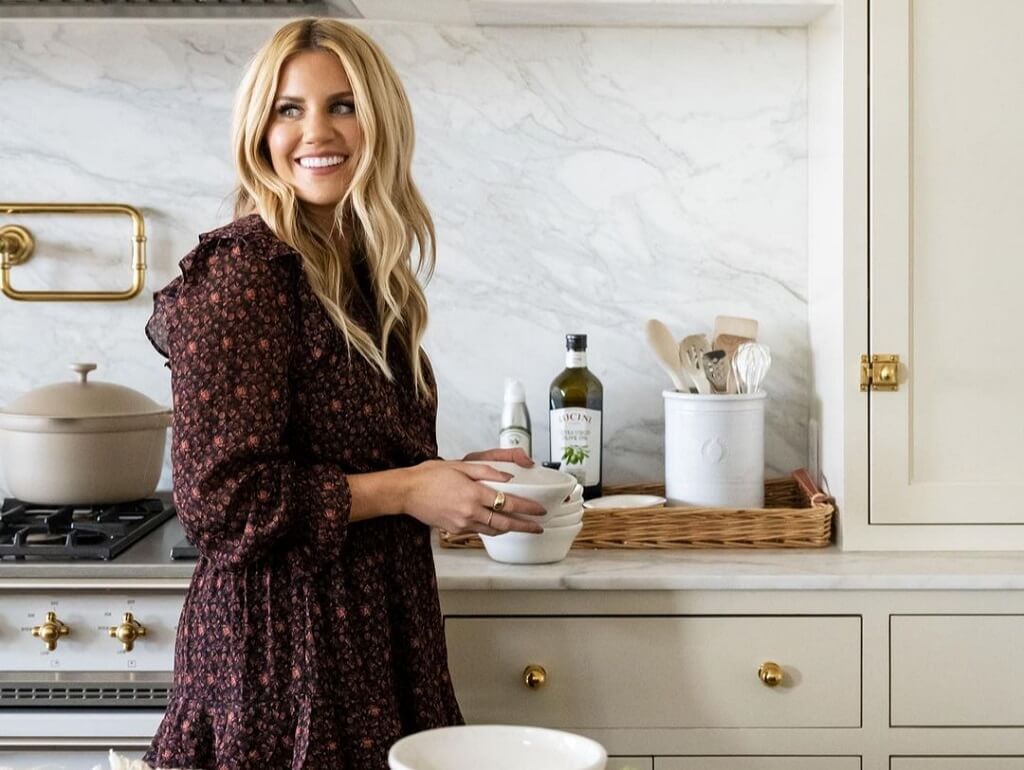 Shea McGee is an entrepreneur, an interior designer, a television personality, a wife, and the mother of three kids.

She rose to global fame by appearing in the Netflix show “Dream Home Makeover,” which was basically based on Studio McGee & Co., and how Shea McGee cleverly transformed clients’ homes is the show’s plotline.

It’s simply like Netflix is showing the real business of Shea McGee to their audience—nothing more and nothing less.

Shea McGee and her husband appear alone in the show, and the couple’s compatibility and respect for each other attract everyone. They started liking Shea more as a person than as a television personality.

Currently, Shea owns her firm, Studio McGee, and has collaborated with Target to supply interior home products. And the business is doing well as an online business as well.

Shea McGee was born on July 15, 1985, in Houston, Texas, in the United States. Thus, Shea will be 37 years old as of 2022. She holds American ethnicity, and Shea McGee has a mixed ethnic background.

She was born with the sign Cancer, which represents a family-oriented person with love, initiative, and ambition. They can spread more love and kindness.

But unfortunately, we wouldn’t provide more details about her family because Shea seems very private, and even we couldn’t see any of the parents’ details.

As per some online sources, Shea has one older brother, and Shea’s husband is her brother’s friend.

In one interview, she shared that “her brother warned her not to fall in love with his friend Syd McGee” because every brother will also have their protective side, and at the same time, they don’t want to lose their best friend as well.

But to the surprise of Shea’s brother, it was love at first sight.

Shea McGee completed her schooling at Langham Creek School, and she did her graduation from Brigham Young University.

Since childhood, Shea McGee has had a strong interest in designing, but unfortunately, she selected communication as her college course. Because of that, she needed to be more confident about her passion.

But when she got a permanent job in communication, she felt that communication was not her cup of tea, so she resigned from her full-time job. Later Shea studied interior design at a local community college.

Shea McGee began interior design as a side hustle. Because she didn’t have any huge investments, all she had was her talent, a strong desire, a supportive husband, and a child in her belly.

Then, in 2013, her husband resigned from his job, and they decided to open “Studio McGee and Co.” Shea began to expand her business online. Still, they needed help to afford the expenses in California. Thus, they shifted to Utah and lived under a small roof.

But their hard work did pay off. They began making more business offers; previously, they had been involved in online interior design.

Shea McGee’s business was picked up, and in the year 2020, Netflix offered a golden opportunity to make them host the “Dream Home Makeover” show.

So far, four seasons have been released, and Shea McGee and Syd have hosted all of them, brilliantly hosting a show that has also been nominated for a Grammy.

Shea Mcgee’s motto is to offer everyone good and affordable design. The show was a big hit when she proved that even the bourgeoisie could afford interior design.

Then shea shifted her online business into a brick-and-mortar store, “Studio Mcgee and Co.,” and they partnered with Target to supply the products to the superstore.

Even now, people can buy her products at the studiomcgee website.

Studio McGee developed McGee & Co. as an interior brand. Shea McGee collaborated with them to curate and design each of our products in the catalog, ensuring that they complement one another nicely.

All of their goods are well-thought-out and high-end. Each item in the collection tells the story of its creation, from their handcrafted upholstery to hand-woven rugs.

They pick each item in our collection to ensure it will adapt to the seasons and complement your home’s growth.

Each object was created by designers, who have put together a carefully curated selection of one-of-a-kind objects that allow you to effortlessly make your house lovely.

As a consumer, I understood the frustration of sifting through hundreds (or even hundreds) of options in search of the ideal item.

And, as an artist with a design background, I was very aware of quality and detail — something that I could spot from a long way off.

I wanted to start a business that consumers could trust both in terms of quality and style, and that offered them with a refined selection of goods they could rely on. 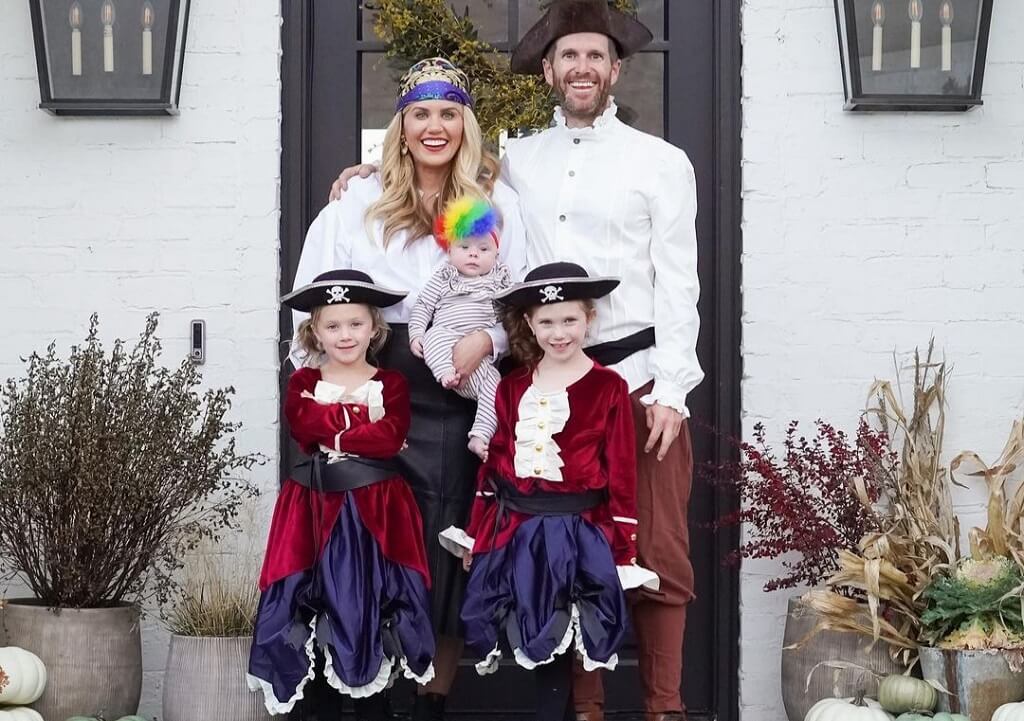 Shea McGee married Syd McGee in 2008 in a heart-warming private ceremony. The couple has married for over a decade and yet holds their hands tightly.

Shea met her husband through her brother when she went to visit him in Utah Syd was at that time her brother’s roommate and they both took a liking to each other at the first glance.

According to media sources Shea currently lives in Salt Lake City in Utah with her loving husband and children, she also often posts her family pictures on social media and they are one big happy family.

In August 2020, Shea revealed that she got veneers and stated that she’s had a long history of her tooth problems as she had two of them chipped off when she was in high school the doctors had tried again and again but they remain uneven.

Shea McGree estimated net worth is $2 million as of the year 2022. Earlier in 2021, her total fortune was expected to be around $1.5 million.

As a result, we can say that She McGee has earned around $500,000 USD so far this year. She has amassed this huge amount through her business Studio McGree.

Besides this, as she is a business person, she would have to get brand promotion and endorsement deals. this way she will be making a huge amount in a very short period of time

As of 2022, Shea McGree’s annual salary is $500,000 USD which she has earned through various sources. Although, in some years, she earns more than this limit and sometimes can remain less.

It all depends on how she is utilizing her financial opportunities and looking forward to contributing to her business. Otherwise, she ends up making thousands of dollars every year.

Along with that, her TV appearances also add up to that sum as she has been premiered many times on Netflix on the series Dream Home Makeover and the show has been a huge success leading to an increase in her assets.

Shea McGee is a very successful woman who is followed by many due to her outstanding skills in interior designing and her bright and warm personality along with her picture-perfect family.

She rose to fame in 2010 through her Instagram where she started posting pictures of the houses whose interiors she and her husband have designed.

Following are her social media stats of 2021

Shea McGee is someone who has blue and attractive eyes, with a gorgeous personality. She stands 5 feet 5 inches taller, which is equal to 165 centimeters or 1.65 meters.

Further, her weight is nearly 58 kg which is equal to 127 lbs. All of this combination makes her amazing in terms of her physical appearance.

We hope you had a great time going through this amazing article.

I hope you feel good about her life story. Let you share your feedback and opinions about her and her biography.