Shyla Walker is a Social media personality known on Instagram as @SimplyShyla. She starred alongside her ex-boyfriend Landon McBroom on their joint YouTube channel called THIS IS L&S.

Who is Shyla Walker? 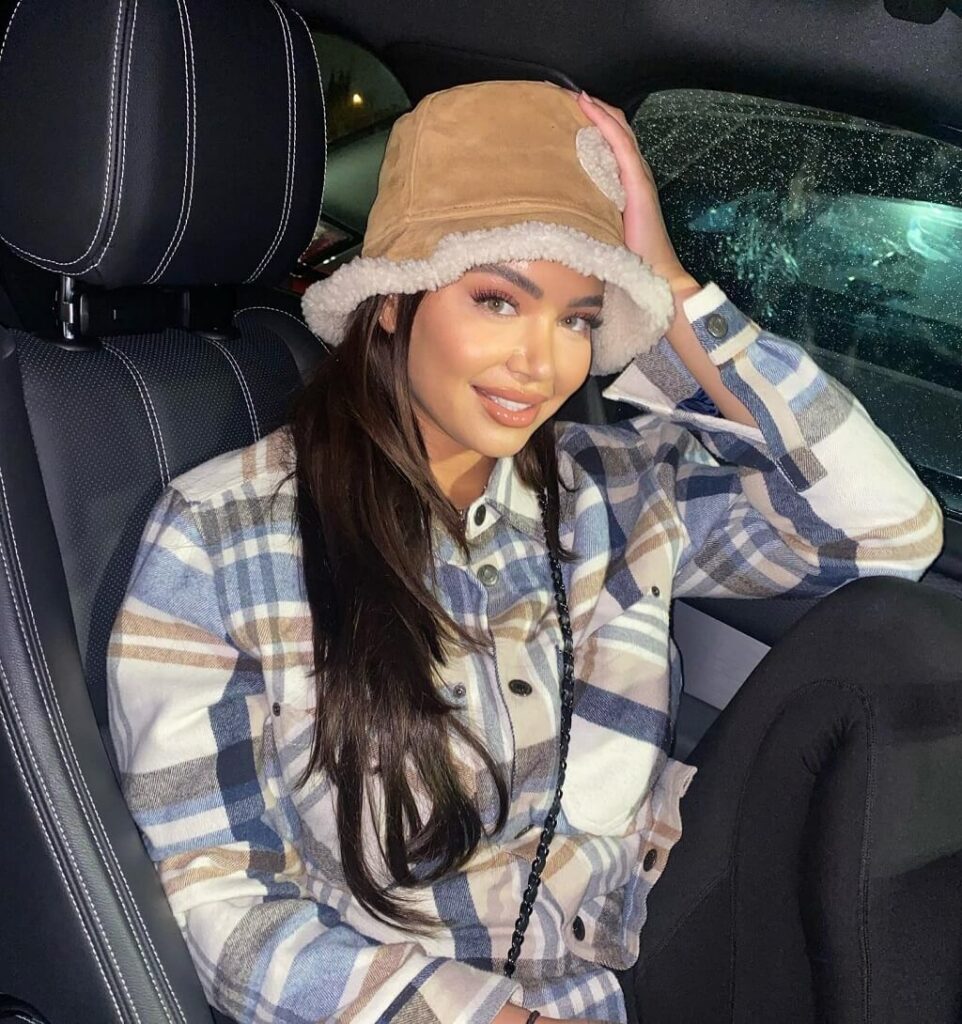 Shyla Walker is an American social media personality. She is best known for her collaborative ‘YouTube channel, ‘THIS IS L&S.’

Her Instagram has featured multiple modeling photos and photos of her child.

She holds an American nationality as well as mixed ethnicity. She was born and raised in California. Currently, she lives with her boyfriend, who is also in Los Angeles, California.

Additionally, information regarding her educational qualifications and the institutions she attended is not available to the public. However, it is known that she is a high school graduate.

She has not shared information regarding her family members’ names.

However, she includes them in her photos and videos from time to time. One such occasion is her photograph with her mother uploaded on Instagram captioning how she works hard to spoil her mom. 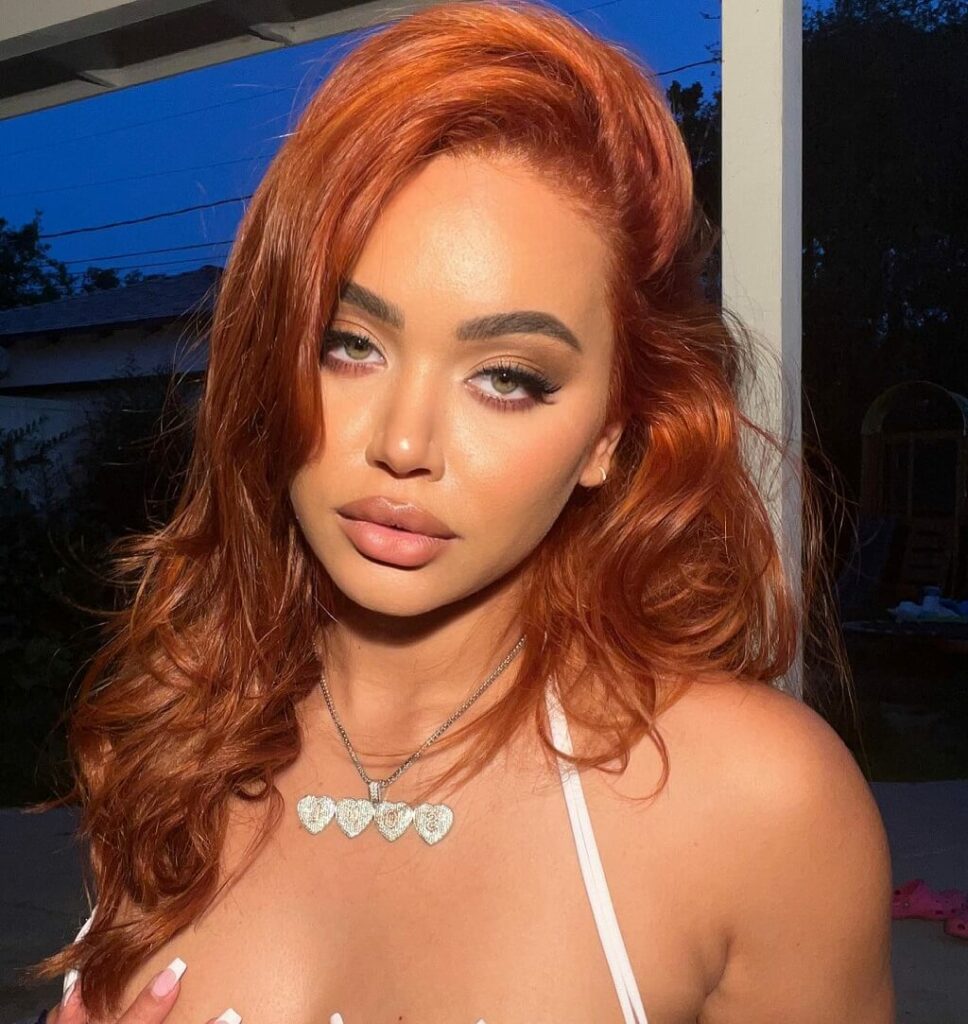 In 2015, Shyla launched her ‘YouTube’ channel, ‘SHYLA WALKER TV.’ The channel hosted Shyla’s photo shoots and a Q&A segment where she answered her fans’ queries related to relationships. However, she currently does not post much on the channel.

On March 12, 2017, Shyla launched her collaborative ‘YouTube channel, ‘THIS IS L&S,’ with her boyfriend, Landon McBroom.

The channel primarily hosts vlogs from their lives. It also consists of scores of prank clips and challenge videos.

The first video they posted was an introductory vlog where Landon and Shyla shared their relationship details. The second video on the channel garnered a million “views.”

It was a prank video titled ‘REAL SPIDER PRANK ON GIRLFRIEND! *EXTREME!!!*’

Some of the other videos on the channel that have garnered over a million “views” are:

‘I SHAVED MY BOYFRIENDS HEAD!!! (PRANK WARS),’ ‘I PROPOSED…SHE SAID NO!!,’ ‘GIRLFRIEND VS. BROTHER (WHO KNOWS ME BETTER!??,’ ‘I SURPRISED MY GIRLFRIEND WITH A PUPPY!! (EMOTIONAL),’ ‘I’M PREGNANT PRANK ON BOYFRIEND!

His reaction surprised me..,’ ‘PASSED OUT WHILE DRIVING PRANK!! *Freaks out*,’ and ‘I CHEATED ON MY GIRLFRIEND PRANK! (She freaked out).’

The video titled ‘I TOLD MY DAD I GOT MY GIRLFRIEND PREGNANT [CRAZY REACTION!!!]’ has earned over five million “views,” the highest on the channel.

Shayla and Landon have also shot a music video for their vlogs.

They used the track ‘My Woman’ by Tone Stith in their music video, ‘THIS IS L&S – LOVE ME FOREVER.’ The channel has earned over a million subscribers.

Shyla and Landon also own a collaborating merchandise line that is available for sale on their personal website.

Before Shyla ventured into the social media arena, she wanted to become a professional baby cuddler.

She loves babies and has always dreamt of getting a job that requires looking after babies.

Shyla Walker is currently not dating anybody. She is supposedly a single mother as of 2022.

In 2016, she started dating Landon McBroom after the two originally met via Twitter.

They welcomed a daughter named Souline together in December 2019.

The couple then had a bad breakup where they accused each other of infidelity.

Landon McBroom made a video clarifying his point that he was falsely accused of being an abuser. However, both decided to keep mum about their personal affairs.

She was also associated with a family member of Landon, most probably his elder brother, her ex-boyfriend is the brother of basketball player Austin McBroom.

However, her association with this family ended on a bad note and she even claimed that she received threats from the family.

At present, whether she is in a relationship with someone or not is not yet shared with the public perhaps due to security reasons.

She is also a celebrity couple with Landon McBroom. She is an Instagrammer, Youtuber, as well as a model.

Shyla Walker has an estimated worth of about $ 4 million as of the year 2022. Her major sources of income are her YouTube and social media handles.

She supposedly lives a comfortable life along with her daughter and family in America.

Shyla Walker is an extremely beautiful girl with a nice body structure.

She has a height of about 5 feet 5 inches or about 165 centimeters and has a weight of nearly 60 kilograms or 135 pounds.

Shyla has beautiful long brown hair and brown eyes which give her an attractive look.

So this is all you need to know about the ex-girlfriend of Landon McBroom. Thank you for reading this article about Shyla Walker.

Please feel free to share any thoughts and opinions or any other interesting fact that you may come across and write it down in the comments below.

Happy reading till then!