Tae Caldwell is a comedy-driven YouTuber from America who is best known as the co-creator of the challenge videos, prank videos, and vlog channel ‘Jazz and Tae,’ which she runs alongside her long-time girlfriend and fellow YouTuber, Jazmine Hood.

Her strong sense of humor and creative mind helps her create unique content every time. Her fans love her creative bent of mind.

She is also good at telling stories and vlogging and thus she does have a lot of fans both on her YouTube and her Instagram account.

Who is Tae Caldwell? 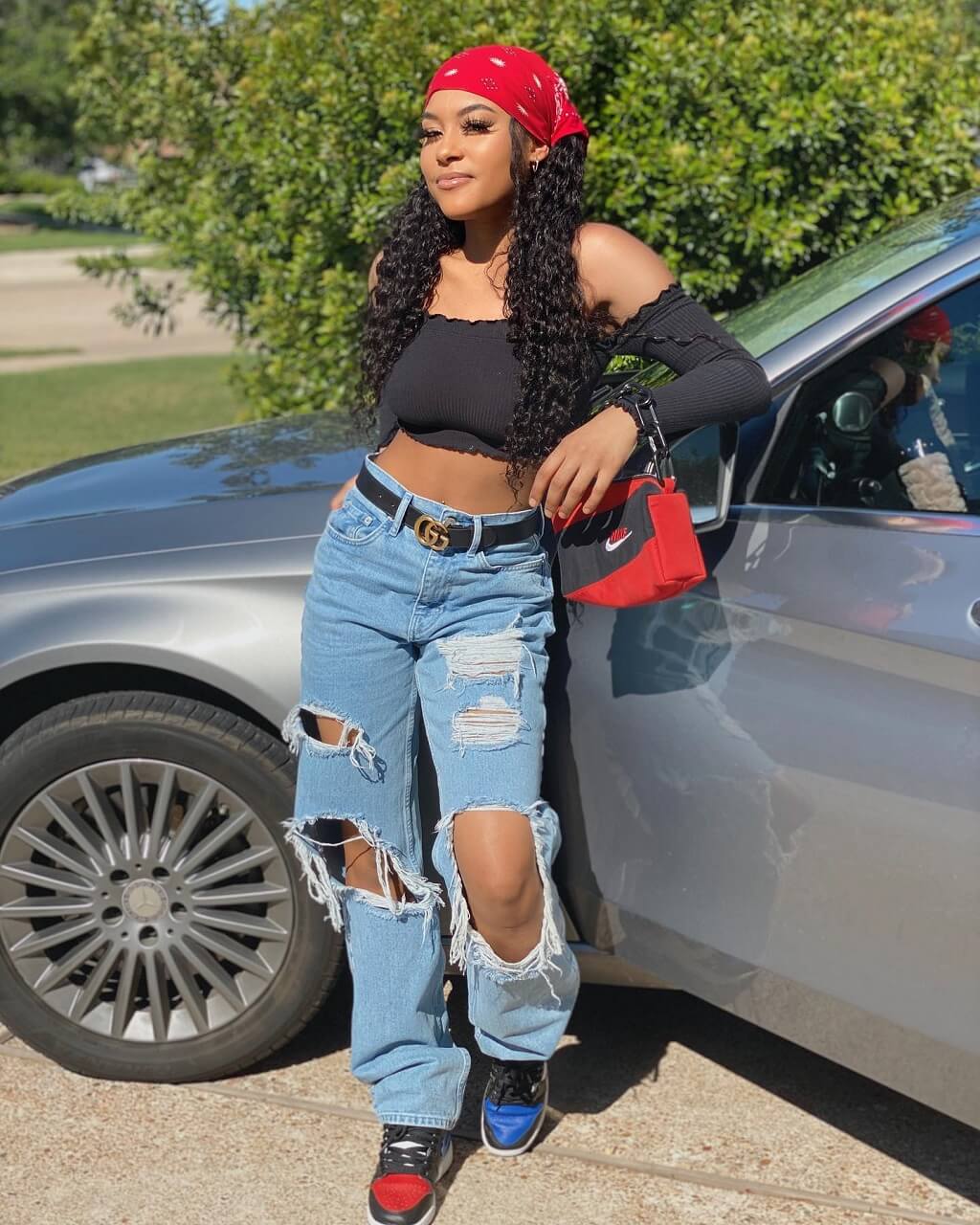 Tae Caldwell is a social media personality who is extremely outspoken and straightforward about her sexuality.

Tae is openly a lesbian, and a proud member of the LGBTQ community.

She is proud of her sexuality and talks openly about homosexuality and other related topics on her channel. A firm believer in the concept of “true love,” Caldwell is romantic and soft-hearted.

She is a caring partner who wants to grow along with her partner. She has an incredibly positive attitude towards life and believes in living spontaneously.

Whenever not vlogging, the YouTuber likes to spend some quality time with her partner and also helps her shoot videos for her solo channel.

She is an Aquarius by her birthdate.

Tae was born in Houston, Texas In the United States and she currently resides there along with her family and girlfriend.

Tae Caldwell was born into a Christian family and is a Christian herself. Though she was brought up in a Christian household, it can be said that her family is pretty open-minded about her homosexual relationship.

Her family consists of her father, mother, and her brother. Their names have never been disclosed in the public forum as Tae is protective of her family and loved ones.

Tae Caldwell is an American national and is of black ethnicity. She completed her school in the states, in her hometown, and maybe a graduate from college but such information is not available.

From an early age, Tae liked traveling, photoshoots, and video making. After school, she decided to follow her passion and thus stepped into the social media forum. 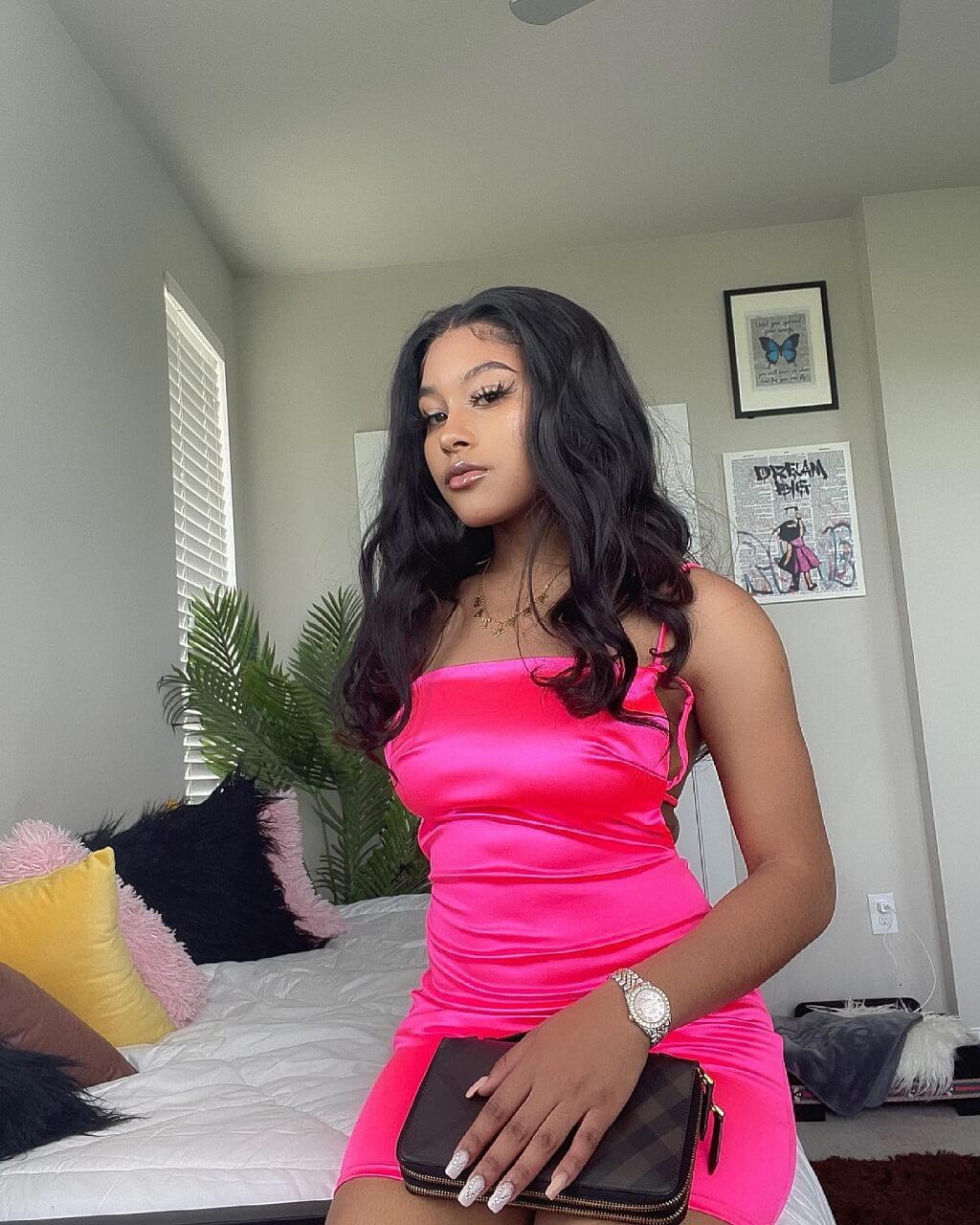 Tae Caldwell is a famous YouTuber and young social media influencer from Texas.

She started her career as a Social Media influencer and as of 2022, she has more than 1.2 M followers on her official Instagram handle.

Ever since she became famous on YouTube, her success hasn’t stopped.

Her social media boasts of a huge following:

Her most popular video has 8.2 M views on YouTube and the Video Title is “JOINING A T.W.3.R.K TEAM PRANK!! (HILARIOUS)” this video has crossed 8.3 M Views.

It’s been almost 7 years on YouTube and mostly she uploads challenges, pranks, and vlog videos on YouTube. As of 2022, she has more than 4 M Subscribers on her YouTube channel (Jazz and Tae).

Tae is also a hardcore Instagram person who poses uniquely and wears funky clothes along with her girlfriend.

Her fans are very very supportive of her and her girlfriend on social media.

Tae Caldwell is in a relationship with a woman named Jazmine Hood.

They have been together for many years now and both their family members are accepting of their homosexual relationship.

The couple is said to have met during their school days and started off as friends but later developed feelings for each other and have been committed since then.

Tae Caldwell’s estimated net worth is said to be more than 1 million US dollars.

She earns a decent amount on sponsorship and it depends on her fan following (followers) and how good the amount of sponsorship is.

Due to her large fan following, she earns a lot from her views and reels.

It is also talked about that she does take up brand deals but the income from such ventures has not yet been calculated.

Tae Caldwell’s height is 5 feet 5 inches or 167 centimeters and her weight is around 55 kilograms or 123 pounds.

She has deep black hair and black eyes and a bright smile.

Tae Caldwell is one of the most beautiful and fitness freak people and her cute look is so attractive that anyone can be her crazy.

She takes great care of her fitness and for this, she workout regularly does yoga and exercises every day, and follows a strict diet plan.

She goes to the gym and whenever she is not able to go to the gym, she works out at home.

So this is all about Tae Caldwell. Thank you for reading this article about her.