Here is the biography and wonderful story of Tyler Tarot who is best known for his YouTube channel. He has grabbed enormous fame and popularity across his country and in overseas countries too.

His great works and skills have made his fans curious about him. And that’s why we’re here with his complete life story that shouldn’t be missed by you.

Who is Tyler Tarot? 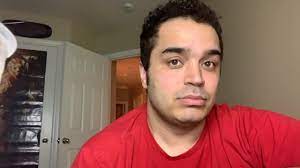 Tyler Tarot is a prominent YouTuber known for his Tarot card readings and predictions on zodiac signs.

Due to Tyler’s great knowledge of horoscope signs he is widely known as an astrology guru and expert.

Tyler is now the most popular tarot reader and is also listed as one of the richest YouTubers. People love his content as his predictions about every single zodiac sign are accurate.

This proves that Tyler is a famous and prominent personality predominantly known for his Tarot readings, perceptions, and belief on zodiac signs that keep his followers engaged and believe in his astrology readings.

Tyler Patrick the famous YouTuber was born on the 28th of May 1989 in Canton, Georgia US. The 32 years old YouTuber holds an American nationality.

He was brought up to his mother Yaya in Canton and grew up with his sister Mariah Patrick. There is no information disclosed about Tyler Tarot’s education.

Before getting fame Tyler Tarot started working at the age of 16, he used to work at a pizza job and also had a job in a car factory in Texas.

He worked till the age of 27 and practically Tyler did not progress in his life and did not earn much money for his necessities.

Tyler Tarot decided to open his YouTube channel after being inspired by a tarot who confided him about his life and future ahead.

He started to believe in Astrology because it related to his life, he searched the whole tarot community on YouTube, Tyler learned about astrology and zodiac signs, researched from books and online sights.

On 24 September 2016 Tyler opened his YouTube channel and posted videos on zodiac signs and their predictions.

He gained 800 subscribers in a day and 3.7 likes on his first video that was posted on 22 November 2016. Tyler Tarot gives readings and predictions on zodiac signs and people seemed to incline towards his content.

Moreover, his videos are predominantly about predictions on zodiac signs such as predicting their love life, future, and outcomes,  pulling a tarot card for people, and warning them about their future.

People started to appreciate and enjoy his content that Tyler attained 40 thousand subscribers and achieved more than 5 million insights on YouTube in May 2017.

Later on, Tyler launched a game app on the play store about fortune-telling on 26 May 2017. Now Tyler Tarot is mainly known for his tarot card reading and horoscope vlogs.

Furthermore, when he got more famous for his astrology videos. He also started to get booked on Skype and phone calls for tarot readings.

Currently, Tyler Tarots has earned total insights of more than 147 Million views on YouTube with 505 thousand subscribers on YouTube which is a huge success.

He is one of the richest YouTubers stars and is also listed as the most popular YouTube star born in the US.

Tyler Tarot is most probably single and not in any relationship. He has not revealed his relationship status and remains quiet about this topic.

Although there are multiple rumors regarding his personal life, these rumors are not authentic as he hasn’t attested to this news.

He is not dating publicly, but he may be seeing someone in secret, and details were not made public yet. So it’s probably not secure to leap to inferences.

Tyler Tarot estimated net worth is $1-5 Million US dollars. His source of income is through his profession as a YouTuber.

Being a famous YouTuber he might be earning from other various ways like he might be associated with the advertising industry or the brand ambassador of different companies.

Tyler Tarot is an eminent YouTube star and holds many social media followers. He is spectacularly a well-known personality.

I hope you loved reading the biography of Tyler Tarot. Share your feedback with us and let us know your experience with her story.

His energy is negative. Curses to much its disgusting. How can someone a normal person of society want to sit down and listen to the garbage that comes out his mouth. Just do the reading nobody wants to hear F-This and F-That.