Albert Einstein changed the world with his in-depth knowledge of critical theories in the field of Physics remarkably altering mankind’s history and forever changing the field of Practical Physics.

Einstein’s contributions to various critical Sciences paved the way for future innovations in both technology and applications in the field of Physics and beyond.

Let’s discover the man behind the popular theories and understand the genius that lies within.

Truly, Albert Einstein’s life and work reflect the ever-evolving fields of Physics and Structural Science with specific impacts on our daily lives.

Who is Albert Einstein? 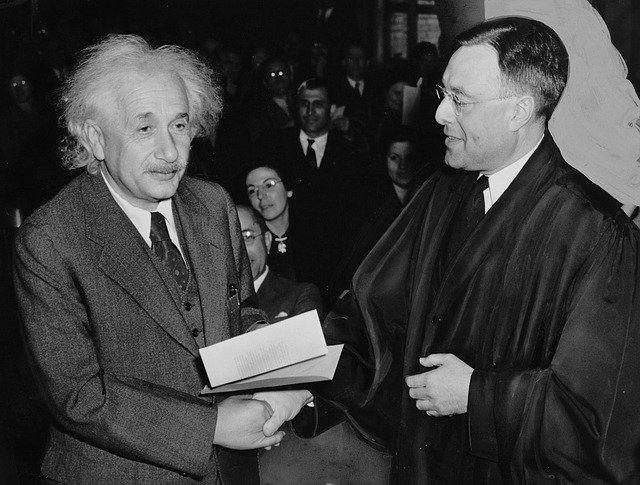 Albert Einstein is a renowned Physicist and the genius behind two critical theories in Physics, the Theory of Relativity and Quantum Mechanics.

His formula E= mc2 is considered to be the most popular equation that originated from his Relativity theory.

Einstein was awarded the 1921 Nobel Prize in Physics for his contribution to Theoretical Physics particularly in his studies in Photoelectric effect.

The true sign of intelligence is not knowledge but imagination. – Albert Einstein

Albert Einstein revolutionized the industry and science of Physics, his theories and studies were relevant during his time and even today as the applications of Physics intersect with modern technologies and structural systems.

Albert Einstein was born on 14 March 1879 at Ulm which is part of Württemberg, Germany.

His father Herman Einstein was an Engineer and Salesman who with his brother founded a company that manufactured electrical equipment based on direct current.

His mother meanwhile, Pauline Einstein-like his father is Jewish by beliefs but not on practical religious practices. Albert has no brother but he has one sister, Maja Einstein.

Albert at an early age draws fascination with nature and his interest from violin at age 6 moves to Calculus in his early teen years.

Einstein started his education at Luitpold Gymnasium in Munich, Germany where he received his Primary and Secondary diplomas.

But before that he first went to a Catholic school also in Munich at the young age of 5 and this was the time when his family moved to Munich from Ulm.

When he was just 12 years old, his interest focused on Mathematical structures particularly in Calculus, the following year he expand his focus from structural calculus to more advanced mathematical systems.

His family moved to Milan and later to Pavia after the factory shutdown of his father’s business in Munich. Albert remained in Munich at 15 to finish his studies at Luitpold.

At 16, he took the entrance exam in Zürich at Swiss Federal Polytechnic School.

But unfortunately, he did not succeed in passing the standards but his exceptional marks in Physics and Mathematics moved him to complete his Secondary education at Argovian Cantonal School in Aaru, Switzerland.

In September 1896 he successfully passed the Swiss Matura and he enrolled in the 4-year Mathematics and physics teaching diploma program at the Federal polytechnic school.

Albert Einstein in 1901 worked at Bern’s Swiss Patent Office. His paper, a year ago, entitled “Conclusions from the Capillarity Phenomena”, was published in Annalen der Physik and this marked his profound expertise in the field of Physics.

On 30 April 1905, Einstein’s thesis with peer Alferd Kleiner garnered a Ph.D. awareness in the University of Zürich for the dissertation “A New Determination of Molecular Dimensions”.

The same year, he published papers on the Photoelectric effect, Special Relativity, Brownian motion, and Mass and Energy equivalence.

While there, he focused on Analytical Mechanics and Thermodynamics as part of his teaching courses.

Einstein’s signature at “Manifesto to the Europeans” which rebuts “Manifesto of the Ninety- Three” published in October 1914 that justified Germany’s First World War position reflects his doctrine when it comes to war and politics.

The following year, he completed his study of the Theory of Relativity.

And in 1919 The New York Times reported: “The Einstein theory” based on the bending of light and gravitation that made Einstein’s name popular among his peers.

In 1920, Albert Einstein became a Foreign Member of the Royal Netherlands Academy of Arts and Sciences.

And in 1922, he was awarded the 1921 Nobel Prize in Physics for Theoretical Physics and Law of Photoelectric effect.

His work on Quantum Theory of Radiation, Bose-Einstein statistics, and Gyromagnetic effect are important achievements while in Berlin.

at the California Institute of Technology three years later he escaped Nazi Germany for the US where he got a position at the Institute for Advanced Study where he stayed until his death in 1955.

Albert Einstein married Mileva Marić in 1903 in Zurich, Switzerland. However, research correspondence revealed that a year before that, they had a daughter named “Lieserl”.

The details from their letters revealed that the daughter was either given up for adoption or died from Scarlet fever.

In 1904, they had a son, Hans Albert Einstein and six years later Eduard was born, also in Zurich. However on 14 February 1919, Einstein and Maric divorced, she moved back to Zurich while Einstein stayed in Berlin.

Albert Einstein the same year married his cousin Elsa Löwenthal, whom he emigrated to the US in 1933.

However, Elsa died in December 1936 from kidney problems. Also, it’s documented that in 1923, Einstein fell in love with a secretary named Betty Neumann, the niece of a close friend, Hans Mühsam. 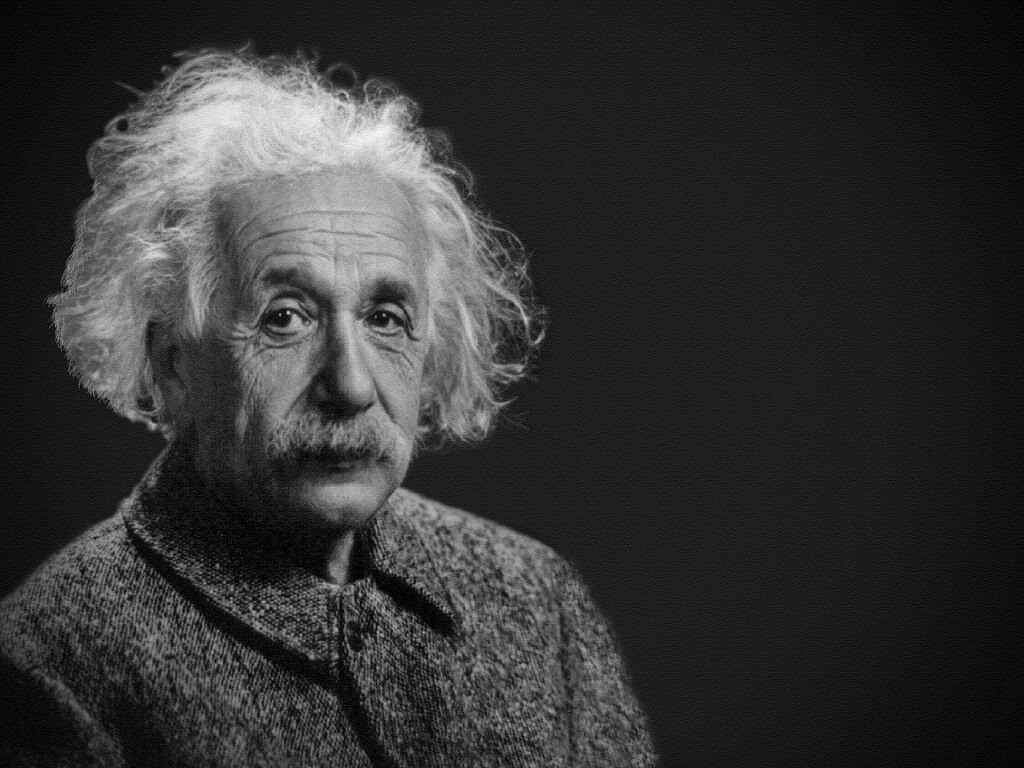 And in 2006 a volume of letters released by the Hebrew University of Jerusalem revealed that Einstein described six women, including an Austrian, Margarete Lebach, Estella Katzenellenbogen a wealthy florist, a Jewish widow, Toni Mendel, and socialite, Ethel Michanowski.

After the death of his second wife Elsa, Einstein was briefly in a relationship with Margarita Konenkova, a Russian spy married to a Russian sculpture Sergei Konenkov.

At the time of his death in 1955, his estate was worth $65,000 USD, his surviving children received around $10,000 to $20,000 USD while his loyal secretary Helen Dukas also received several thousand dollars.

And Margot, the surviving daughter of Elsa Löwenthal received the remaining amount from the estate.

Helen and Otto Nathan were given control over Einstein’s literary estate, copyrights, publications rights, and royalties which today channels millions of dollars.

His product line, Baby Einstein is a prime example of Albert Einstein’s licensing success, this product line generates around $10,000,000 to $20,000,000 annually.

Also Read: Who is Brian Tracy?

Just because Albert Einstein lives in his world of Theory of Relativity and Quantum relationships doesn’t mean that he doesn’t have his own social media platforms.

Actually, he does, his Instagram account is handled by Greenlight, officially designated by the Albert Einstein Estate while the rest of his accounts are managed by his estate through their own designated partners.

At this time, Albert Einstien is sure not between us. But his contribution, work, and effective discoveries will be always with us.

That’s why he has such a huge number of followers on his social media handles. Though, it’s another truth that he hasn’t even touched his own profiles.

Albert Einstein was relevant when he started his career in Zurich.

His Theory of Relativity which measures space and time based on the observer’s state of movement is the most significant contribution by any Physicist.

Factor in his theories based on extensions to non-uniform motions that created the backbone for Theory of Gravitation.

His cutting-edge research, thesis, and theories are used today to propel future breakthroughs and technologies in the field of Physics that has a generational and global impact.

I hope you’ve enjoyed going through this biography of Albert Einstein.

He was really a great person and maybe the most intelligent one. Let us know your experience and opinions regarding his story.