Blind Fury is one of the inspirational rappers in this world. His biography is enough to inspire someone for their career.

In fact, many of the young rappers are taking inspiration from him and are moving towards their success.

Now, it’s our time to do something in our life. So, read his motivational biography and get inspired for your dreams.

Who was Blind Fury? 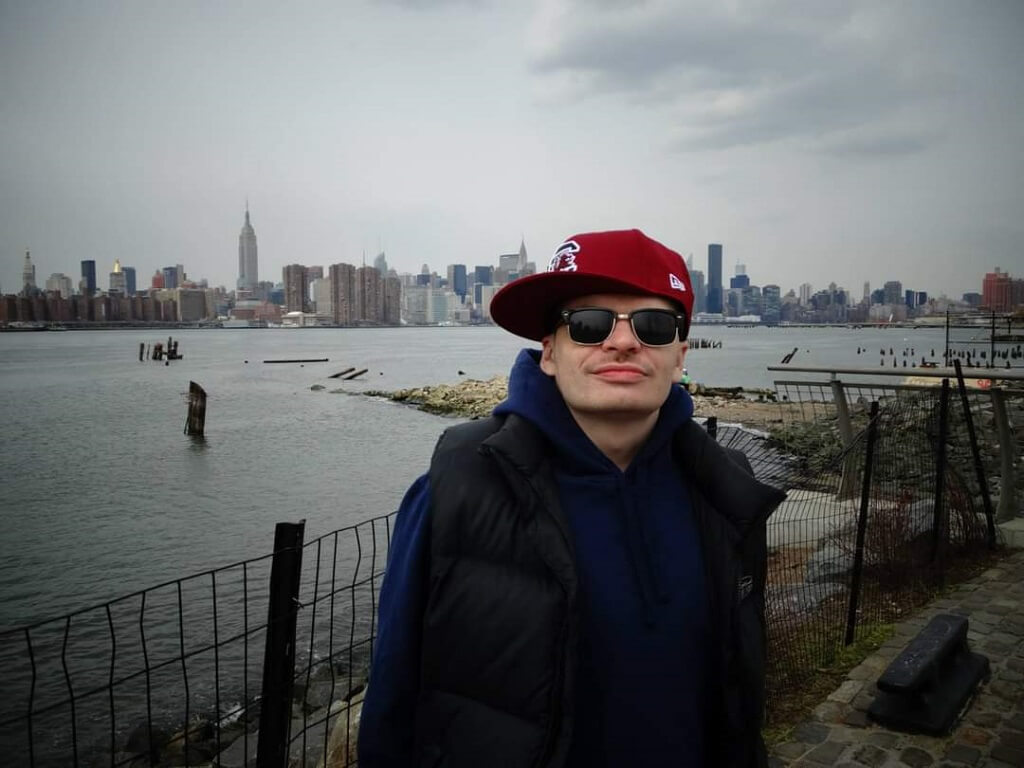 Blind Fury born Stephen Norris is a renowned American MC battle rapper and hip-hop recording artist. He came into the limelight after he appeared on the live Rocafella MC battle on MTV in 2003.

He is blind from his birth and even had various defects in his body during his birth. Despite this, he forwarded his steps in the music industry and tried all the possible ways to his success.

And in fact, his hard work paid him accordingly.

Fury is now a very famous professional rapper in South Carolina. He is loved by everyone and always waited for his albums. This is what success is called and how it looks.

Let’s get into his biography and know the full story of this astounding man.

Blind Fury was born on 10 October 1984 in Camden, South Carolina, United State to a mysterious parent. He has not revealed anything about his past life, including his parents and siblings.

It seems like Fury is a very secretive person and doesn’t like to disclose his personal life in front of the media. He had the most difficult life we have seen ever.

Fury was born with several defects, including Spina-Bifida, a spine defect which means he was not only blind but born without the eyeball. This meant that he had not even the chance of a transplant.

Additionally, he had clubbed feet, and therefore he had to undergo numerous surgeries for his afflictions growing up.

In his childhood, it was said that he would become a burden on his mother, as he was not able to see anything.

Looking at this, his mother was considering giving him up because she wasn’t confident that either she can handle him or not.

But a great thanks to Dr. Thomas Joseph who guided his mother nicely and make her believe that Fury would be treated specially by the doctor at his every stage.

Blind Fury’s initial days mostly passed in hospital and at doctors. When he was just 2 months old, he had surgery on his spine to correct the damages.

Further, he passed with various surgeries on his spine to remove tumors. He didn’t walk until he became 3 years old. Now, her mother was encouraging him massively and always told him not to say I can’t, but to try.

In the coming years, he faced a lot of new health problems which was occurring from his original birth defects. However, he never let himself feel bad and mourn his disabilities.

Despite this, he tried to involve in all the activities that a healthy kid does.

Fury began learning music at a very early age. He had no other chance to do something as he was unable to walk alone. Thus, he decided to do something in the music field.

It was very hard for him and was almost impossible. But this is the man who amazed everyone through his unbelievable success.

Growing up as a disabled person, he and his single-parent mother had to face various criticisms from society. Despite this, his mother encouraged him at every stage and motivated him from the sole of her heart.

It worked as energy for Fury and he consistently focused on his work for himself and for his struggling mother.

Blind Fury initially started loving the tune of music and created its rhymes in his mind. Now, all he wanted is a correct path which he got shortly with the help of some mentors.

He then went to a local club in South California for showing his talent, where he was eventually discovered by DJ Mellow (Travis Jiles).

Mellow told his friends DJ Spice and Darell Jones about Fury and his talent. 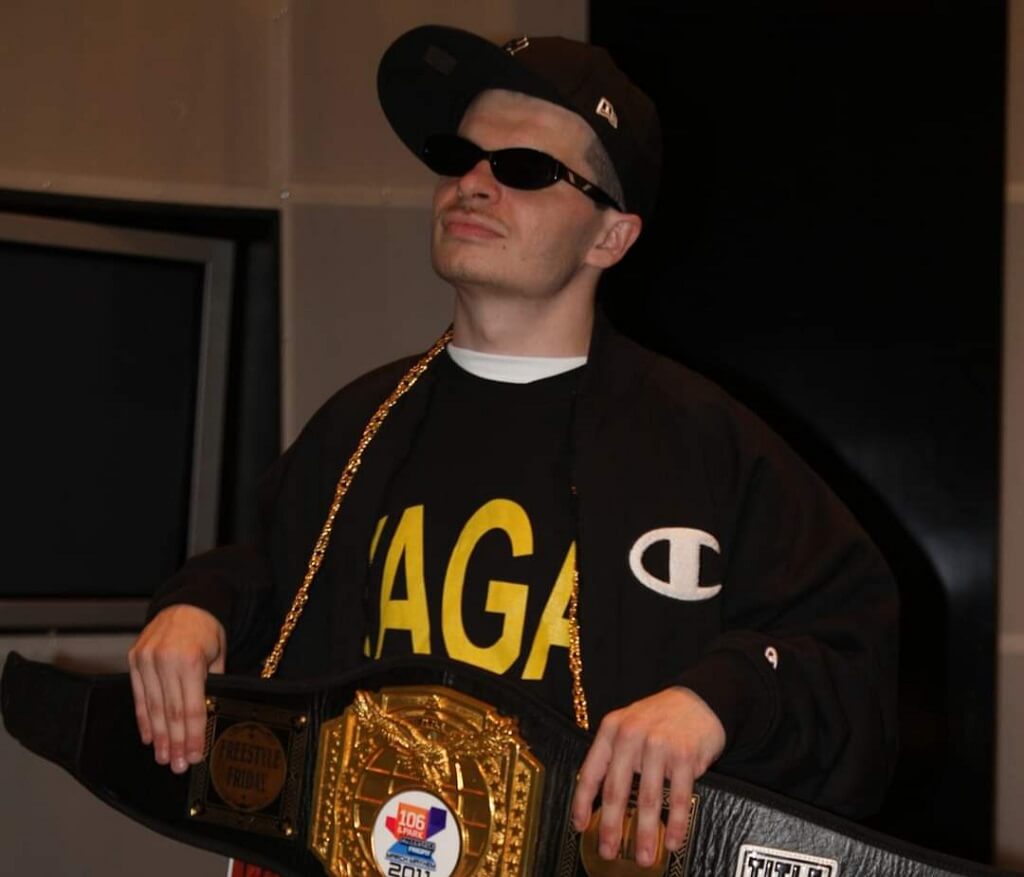 Later, those three friends formed a company 3 Wisemen Entertaining. They took Fury on their company where he began practicing his skills in the studio. He performed amazingly and won people’s hearts.

Further, he released a number of Mixtapes including Street Leaks, Vol. 1 & 2, Return or Fury Friday, and Do You See What I Hear.

Besides these, Fury released a number of tracks and achieved remarkable success in his life. He was highly respected as a great Hip-Hop star who becomes an inspiration for millions of people.

He was also honored by some of the very great artists, including Ghostface Killah, Ludacris, Killer Mike, and Jadakiss.

Blind Fury is a very loyal and honest person. He has been always seen helping people and meeting them while they are a celebrity or simple people.

This means he has a very kind heart for the people.

While talking about his relationship status, he is currently unmarried and single. It seems like he doesn’t want to engage in any sort of relationship.

Talking about his social media appearances, he has more than 76K followers on Instagram and over 287K followers on his Facebook page. Further, he is a drinker and smoker.

Blind Fury estimated net worth is $1 million dollars as of the year 2022. Being a rapper, he earned a lot and generated a huge amount through his songs. Besides this, he collaborated with various song-producing companies.

Earlier in 2021, his total wealth was somewhere around $600,000 USD. As a result, we can say that this man is making around $400,000 USD every year through hid different earning sources.

He has also earned awards and has been rewarded many times for his astonishing performances. Apart from this, if he wants, he can also earn through his social media platforms.

He has tons of followers on his social media handles which he can use for brand promotions and paid advertisements.

Fury has earned a lot in his life and now his mother is proud of him and gives thanks to the doctor who motivated her.

Blind Fury is a great inspiration for the whole world. He is one of those people who has felt painful childhood and troubling life at every level. However, Fury is not like those people who mourn for their disabilities.

His motivations and courage led him to stand on his own feet and showed the world what he can do.

All, Fury is a remarkable man who will be always in his fan’s hearts. I hope you were inspired by Blind Fury’s biography and learned something. Share your feedback about him and his biography.