Eckhart Tolle is the name that comes to people whenever they run for spiritual guidance. And this is because he is the leading visionary spiritual teacher who can’t be replaced.

His life story influenced thousands of people and has changed the way of their think.

Thus, we also want you to get benefited by just investing your 5 minutes in his biography. Let’s get into this and increase the level of your spiritual beliefs.

Who is Eckhart Tolle? 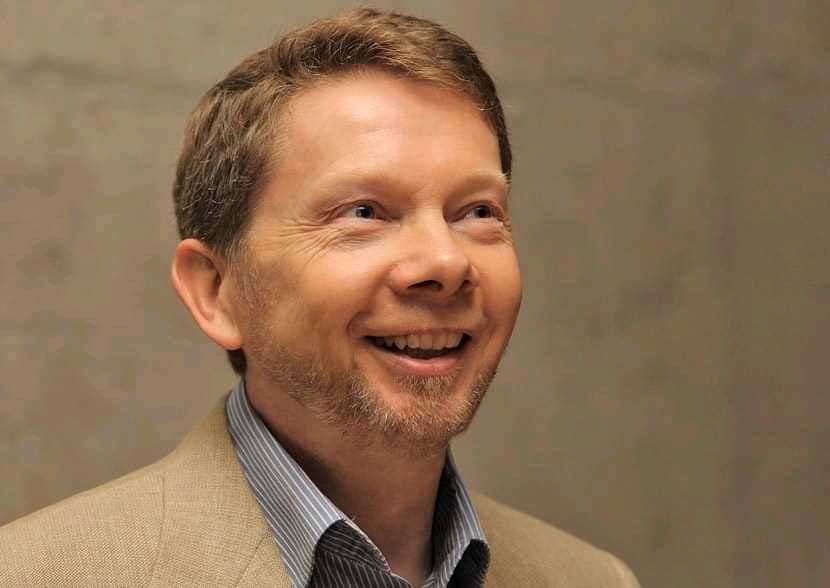 Eckhart Tolle is one of the famous inspiring and visionary spiritual teachers on the earth today. Apart from this, he is a well-known author who writes physiological books.

Tolle had a very terrible childhood as he spent it in a very deep depression and anxiety. But his comeback after his hard work and effort led him to achieve his success.

He has not been an ordinary success but differs from all and at another level. Let you know about Eckhart Tolle below in his life story.

Eckhart Tolle was born on 16 February 1948 in Lunen, Germany. He had unhappy childhood as his father and mother had frequent fights.

He was living in post-war Germany during his childhood which was the sight of destruction. And this introduced a sense of fear and insecurity in Tolle’s mind.

Even in school, he had faced a hostile atmosphere.

In 1961, Tolle started living with his father in Spain. But there he lost his formal schooling. Instead of this, he used to study literature, astronomy, and languages at his home.

When he was 15, he read a book authored by the famous German mystic poet, Joseph Anton Schneider Franken, which inspired him a lot. 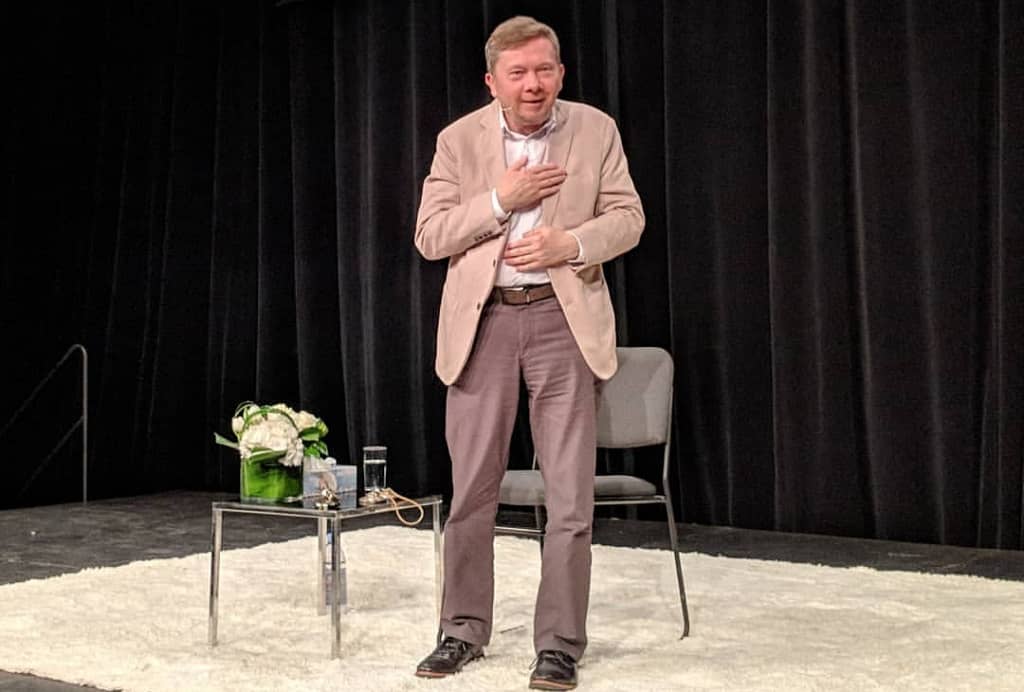 Eckhart Tolle didn’t do any formal education during his childhood. It’s all because of the unstable atmosphere in his family. He tried to learn the basics at his home with the help of general books.

When he turned 19, he went to London and taught Spanish and German for a small period. He was in search of a good life by defeating his depression, anxiety, and fear.

Following this, he decided to continue his research, thereby he joined the University of London to study philosophy, phycology, and literature.

As soon as he graduated from there, he was offered a scholarship to do postgraduate research at Cambridge University.

He accepted the offer and joined it in 1977 but shortly he dropped out for some reason.

In 1997, Tolle passed from a very terrible night when he suffered from a long period of depression.

He has told that he was experiencing an inner transformation. He describes that night as dreadful but thereafter he experienced a life-changing epiphany.

Later he became a spiritually enlightened person for being a depressed man and even who was consisting suicidal tendencies. It was like an accidental achievement for him.

After this tragedy, Tolle said no to studying and almost gave up on it. In those days, he was mostly spending his time sitting in a park in Russel Square, London.

He was a great follower of the German philosopher, Meister Eckhart. In respect of him, Tolle changed his first name to Eckhart from Ulrich Leonard.

He was living a simple and humble life and sometimes stayed at Buddhist monasteries.

Later, Tolle’s friends approached him for guidance and thus he became a spiritual guide and a counselor.

In 1995, Tolle went to Vancouver, Canada, and started writing his very first book. Two years later in 1997, he released his first book titled, The Power of Now.

In starting, he published only 3000 copies of the book. Next year, looking at the demand, he republished the book on a very large scale.

In the year 2000, the same book was recommended by Oprah Winfrey in her magazine. This gains immense fame in all over the countries her magazines run.

Following this success, the book was featured in the bestseller list of the famous company, the New York Times.

The book has been translated into over 33 languages since its first publishing. Moreover, it appeared in the list of the top ten best-selling Paperback Advice books.

The rise in Tolle’s Success

Tolle’s second book, ‘Stillness Speaks’ was published in 2003. After two years, he released his third book and titled ‘A New Earth: Awakening to your Life’s Purpose.

The book later resulted in one of his biggest successes as an author. In fact, the books reached the first spot in the ‘New York Times Best Seller list.

Later, it was selected for the segment, Orpha’s Book Club by Winfrey Orpha in her talk show, The Orpha Winfrey Show.

Orpha has shown very strong support for Tolle from his initial writing days. Even Tolle partnered with Orpha in 2008 and thought to start webinars sessions on his book, A New Earth.

He used to discuss a particular chapter from his book in every seminar. He scheduled his seminars weekly where he put his point of view along with Oprah and also answers the questions asked by the fans.

Tolle’s biggest happiness is when he started the company, Eckhart Teachings, in order to sell his teaching products.

Following this, he led to the creation of a website named Eckhart Tolle TV where he provides meditations and spiritual videos. Tolle does not work on a national level only but he is also an international speaker.

He primarily used to travel to several countries to give lectures. He uses English as his primary language but sometimes speaks in German and Spanish occasionally.

Eckhart Tolle created a YouTube channel on 16 January 2008 and started posting meditation-related videos. He didn’t get more attention in the beginning but later grew a lot.

He has currently more than 1.27 million subscribers and has posted over 320 videos.

Eckhart Tolle married her girlfriend and now wife Kim Eng who is also a spiritual teacher. She is the creator of a powerful practice for emerging mindfulness through the body and movement known as Presence Through Movement (PTM).

The couple first met in 1995 during the work of Tolle as a spiritual guide. His wife, Kim Eng is also an author and has written several books related to meditation. 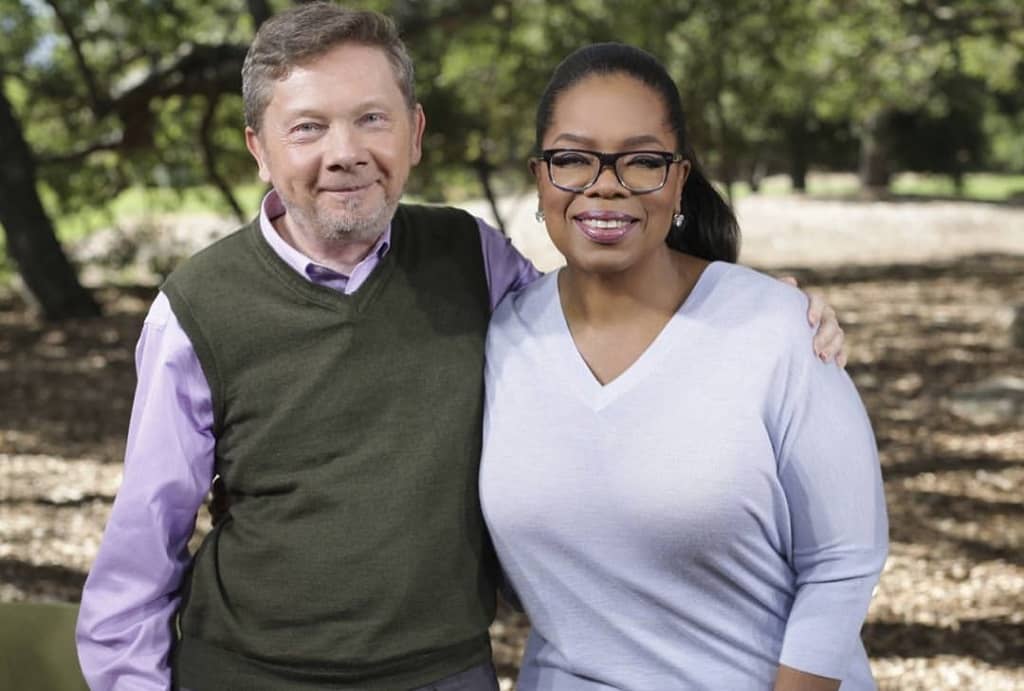 The estimated net worth of Eckhart Tolle is $85 million. It looks too much but this is the reality. He mainly earns from his books. He has written numerous books and has also distributed them in many countries.

This has become a major reason behind his net worth. However, Tolle also earns by guiding people, attending events, advertising, and through his YouTube channel.

Eckhart is well celebrated social media influencer too. He has a very large follower community on social media. And why not as he regularly used to post amazing contents that help his followers mentally.

In fact, he has the verified blue tick on all of his social media profiles.

As we already know that Eckhart is an author and has written numerous books. His books came in almost every language where demanded is. Even his book has been translated into Hindi for the Indians.

Let you take a glance below at the major book of Eckhart Tolle.

Eckhart Tolle grew up in a very tough condition that can’t be expressed in words.

His childhood was spent in a troubled well where he had no way of getting out. But things changed in respect of his hard work.

Eckhart Tolle made the belief that he can change his life and he had to. And thus, he followed his dream and achieved it.

Reading his life story isn’t enough for you but need to be inspired. Hope you did the same and enjoyed the story. Let you know in the comment section how you feel after reading the biography of Eckhart Tolle.