Some people were born famous, some became and some of them stayed how they were. Despite these, there is one more category in which people got famous because of their partner.

We are talking about Maddy Spidell who is famous as the girlfriend of Mr. Beast. Let you see her full story in an entertaining way and get familiar with her.

Who is Maddy Spidell? 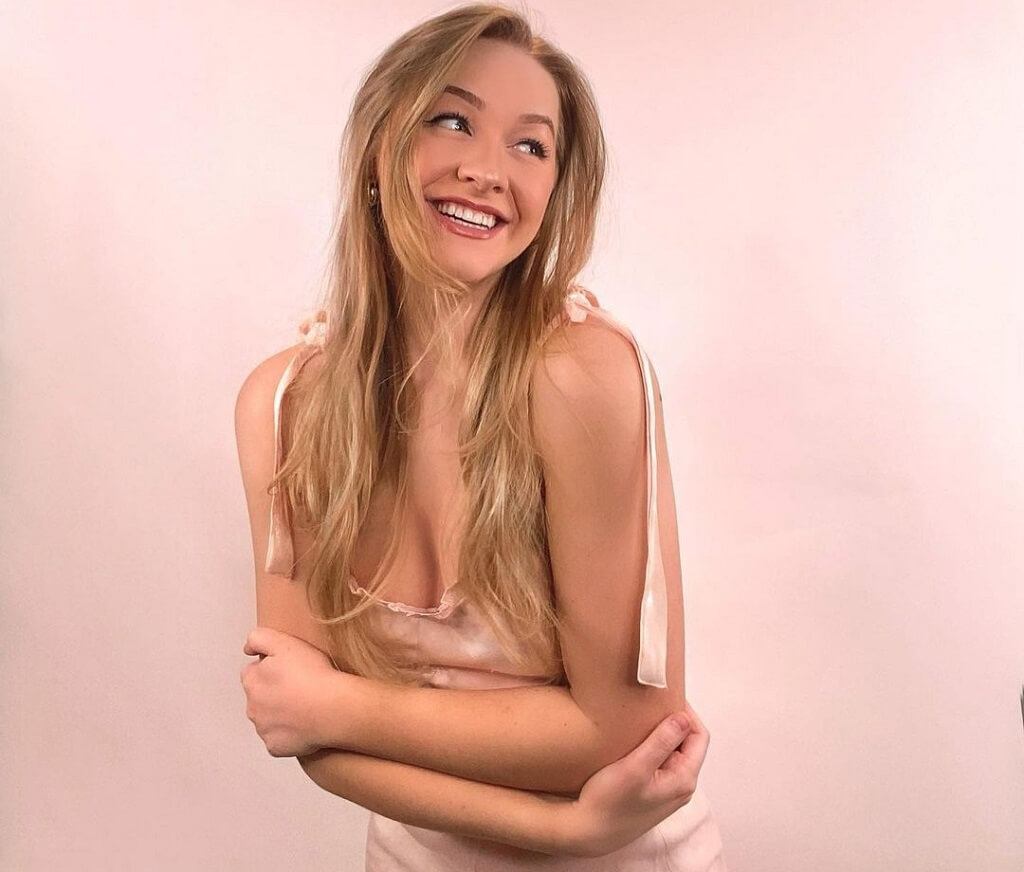 Maddy Spidell is a popular American social media star who is best known for being the girlfriend of the famous YouTuber known as Mr. Beast. Further, Maddy was a dancer in her early life and now she is working as a social media marketing manager for brands and agencies.

She came to the spotlight after her boyfriend revealed their relationship on Instagram in 2019. Though they have not talked anything regarding their marriage, it seems that they would do in the coming years

Maddy Spidell was born on 31 March 2000 in Milwaukee, Wisconsin, United State. Her parents are Michael Spidell (dad) and Mary Spidell (mom). She has two siblings name Thad and Jedd Spidell.

Jedd is a development coordinator at the Muscular Dystrophy Association while Thad works in the U.S. Air Force. Talking about Maddy’s education, she went to Greendale High School for her primary education. She was one of the best members of the school’s cheerleading squad.

In fact, Maddy earned the role of the captain of the Greendale High Poms squad in the first year. In the second year, she again joined the same team as a member and even won several awards. Later, Maddy enrolled in the University of Wisconsin-Milwaukee and graduated in 2021.

Maddy started her career as a dancer at a very young age. Her journey of dancing began when she was just 2 years old and she started doing it as her passion. Later, she performed at a local dance studio and earned a bit of popularity in her localities.

Despite having a troubling childhood, Maddy always chose to live her life in a good way. She never opted for any wrong way of living. Despite this, she chose to do hard works and to put her efforts into her better future. 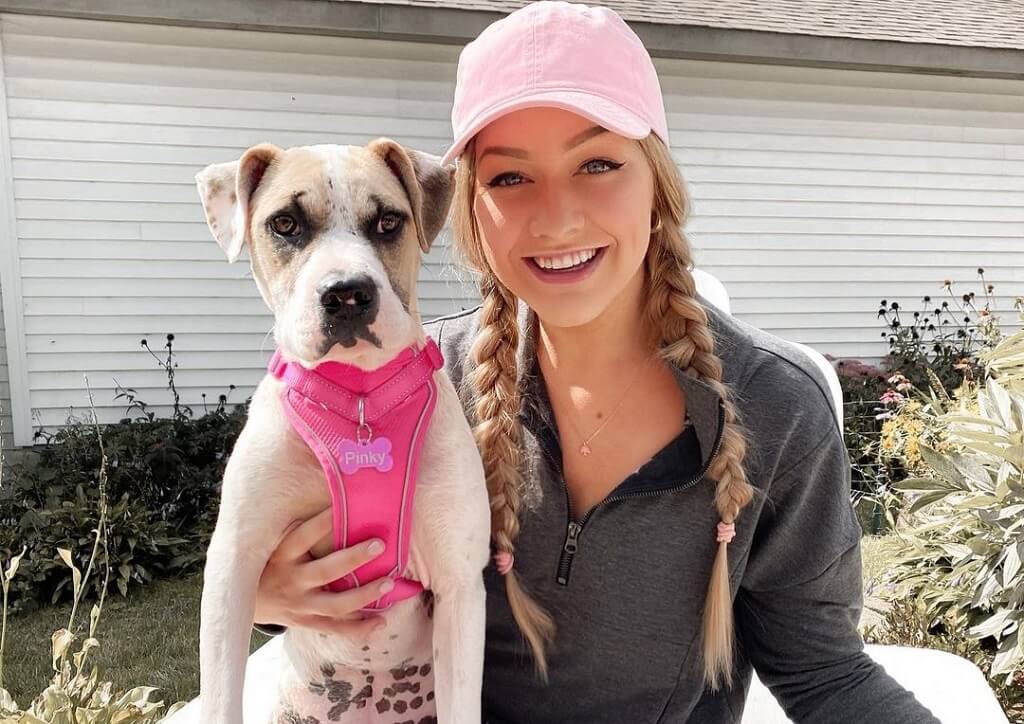 As a young dancer, she found herself very skillful in this field in her teenage. Thus, she joined the Young Dance Academy and shortly began performing in various places in her country. Even Maddy performed at the Macy’s Thanksgiving Day Parade in New York in 2016.

Maddy Spidell is trained in ballet, lyrical, jazz, and tap dancing. In her hometown, she has also worked as a dance teacher. Her popularity touched a peak after she came to the internet.

She started posting her pictures, showcasing, and her dancing prowess on Instagram and attracted thousands of followers. Talking about her current scenario, she uses to post her dancing and fashion videos and pictures of her boyfriend and her dog.

Maddy came to the limelight after she was revealed as the girlfriend of the famous YouTuber known as Mr. Beast. She has been featured in many of his YouTube videos. Later, she decided to create her own YouTube channel. She uploaded her first video on her already created a channel on 20 February 2021.

Further, Maddy now works as a social media marketing manager for brands and influencers to make sure that they have the best social platforms that they possibly can.

Maddy Spidell came to know as the girlfriend of the famous YouTuber in 2019 whose real name is Jimmy Donaldson aka Mr. Beast. He announced their relationship on Instagram after which they were in the spotlight. Following this announcement, Maddy was criticized a lot because of some wrong allegations. 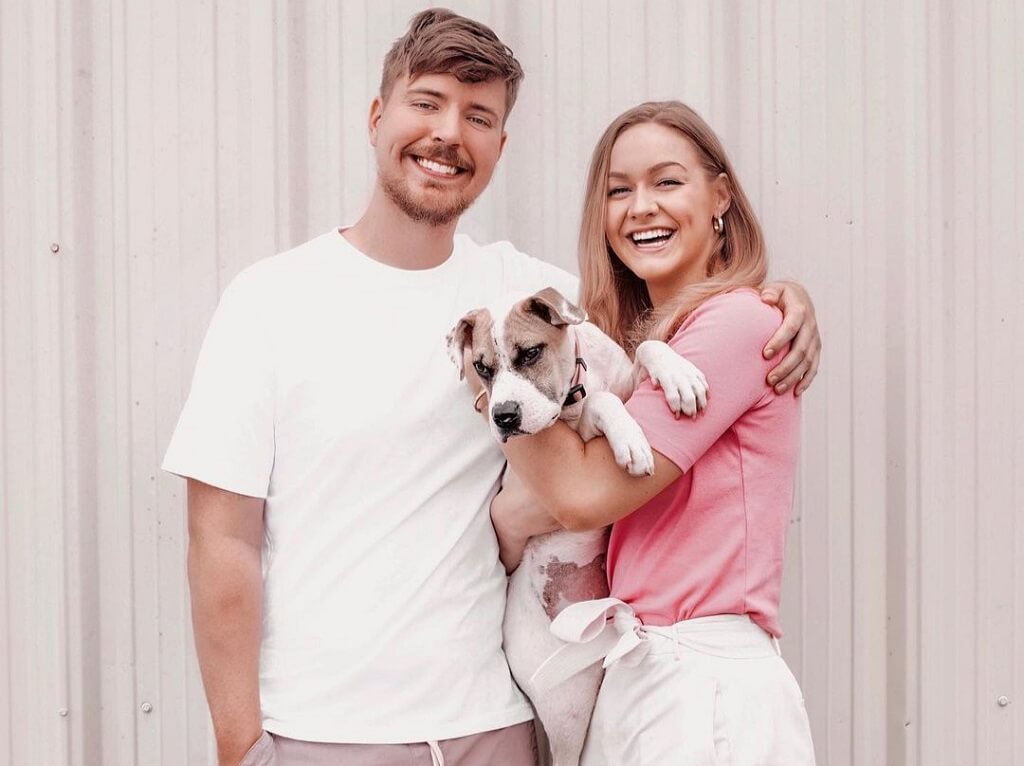 Actually, people started blaming her relationship, saying that she became the girlfriend of Mr. Beast for his money. On such claims, she had to come officially and clear things in the right way. On 7 May 2019, she wrote on her Twitter handle:

If it wasn’t clear –

I don’t want Mr. Beast for his money, just want a bf with good taste in anime who can make me laugh.

Leave me alone and let me gave an unattainable internet crush Imfao.

The estimated net worth of Maddy Spidell is $1 million USD. This is just an approximate figure of her net worth, but not the real one. Until she will not reveal her net worth officially, we can just assume her total income.

Maddy Spidell is famous for both reasons because of her profession and her relationship with Mr. Beast. But we can’t neglect the fact that she is more famous as her girlfriend despite her own profession.

Next Read: Who is Jacelyn Reeves? Ex-Girlfriend

I hope you enjoyed reading the biography of Maddy Spidell and enjoyed it a lot. Let you share your thoughts and opinions about her and about her story.