Who is Manolo Cardona?

Manolo Cardona is a famous Colombian actor, model, and producer. For Netflix, he is known for his role in the 2015 series, Narcos, in which he portrayed Eduardo Sandoval. He is known for his work both on TV and in films, including in “Rosario Tijeras”, “El Cartel de los Sapos” and “Narcos”.

In 2018, he starred Sergio in the film Sara’s Notebook. In addition, he portrays Álex Guzmán in the Mexican crime-drama soap series Who Killed Sara? 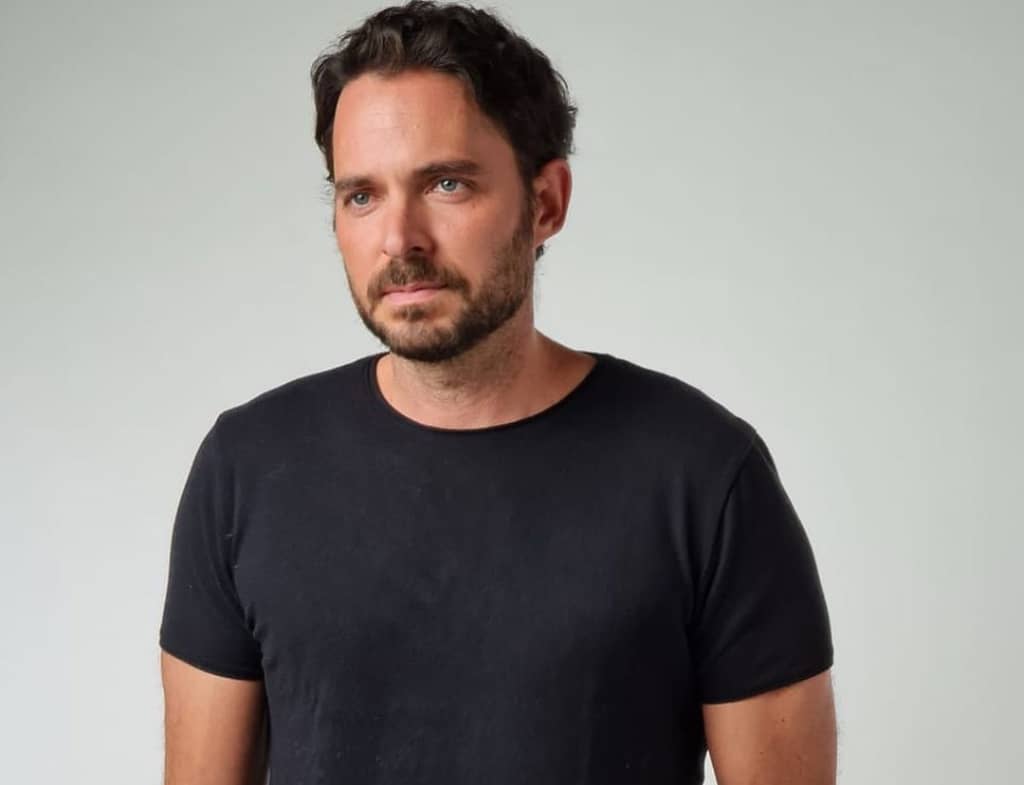 Manolo Cardona was born on 25th of April 1977 in Popayán, Cauca, Colombia. His full name name is Manuel Julian Cardona Molano. Cardona’s family gave him “Manolo” as a nickname. This would later be used as his name as an actor.

When he was 18, he moved to Cali, Colombia, to finish his studies. Manolo studied finances and international relations. Manolo’s mother, Nancy Molano, is a psychologist, merchant, and astrologer. His father, Enrique Javier Cardona, has devoted his life to politics and was the mayor of Popayán. Cardona has 4 brothers.

The elder, Francisco, is an agent and engineer, and the younger, Juan José, studied film direction at the University of Catalonia in Barcelona, Spain. One of his greatest passions is playing football (soccer).

Cardona began modeling at a very early age. It was his elder brother who introduced Manuel to a modeling agency; he was then quickly signed on to a contract. At the age of fourteen, he shot his first television commercial and began modeling professionally for TV commercials, photography, and including runways for several agencies in Colombia.

When Cardona was eighteen, in 1995, he began his acting career on a popular Colombian Television series called Padres e Hijos in which he starred for three years. Then in 1998, he won his first lead role in the television soap opera Carolina Barrantes. 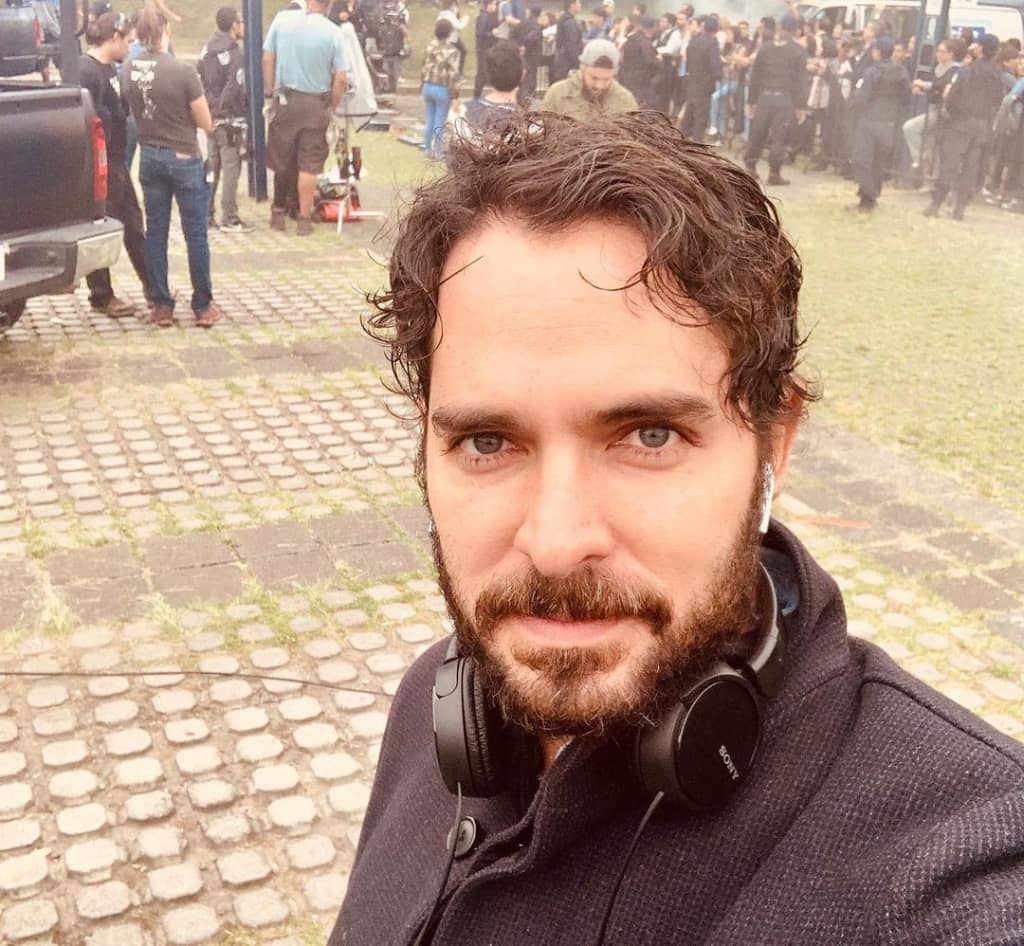 A year later he became even more prominent for his role in the successful soap opera ¿Por qué Diablos? Portraying a young man who becomes part of a drug organization so he can avenge his friend’s death. Later in 2001 came Amor a Mil, a highly popular soap opera in Colombia.

In 2002 he signed an exclusive contract with Telemundo and Argos Comunicación, and a year later in 2003, he starred in his first Mexican soap opera, Ladrón de Corazones. In it, he portrayed Gustavo Velazco, a man who returns to his hometown in Mexico after ten years to avenge his father’s death and clear his name.

He was the host of Telemundo’s Spanish version of Temptation Island. He is also known for his role as Sebastián on the Mexican telenovela Gitanas. In 2005, the film Rosario Tijeras, Cardona’s big-screen debut, was released in Colombia. The film was based on Jorge Franco’s book of the same name.

Cardona worked opposite Flora Martínez (playing Rosario Tijeras) and Unax Ugalde and was directed by Emilio Maille. The film was nominated for a Goya Award for best foreign film. In 2005 the film had its North American premiere at the American Film Institute Festival, in Hollywood.

In 2005 he starred in the film La Mujer de mi hermano opposite Bárbara Mori and Christian Meier which was released in the United States in 2006. In 2006 he finished filming “Madrid-Mexico” with director Enrique Renteria. Cardona is working, with his brothers, on his two production companies “11-11 and Miramas”.

After two years of absence, Cardona returned to work for Telemundo and Argos on the Telemundo soap opera production Marina, replacing Mauricio Ochmann as Ricardo. The soap opera was filmed in Acapulco, Mexico.

On September 27, 2007, Cardona was awarded the “Latin Pride Award” in the Back Bay Events Center in Boston. The award honors the accomplishments of Hispanics of different areas and is a production of the Latin Pride Magazine. Cardona appeared in the 2008 Disney film Beverly Hills Chihuahua.

In 2008, Cardona was in a series, El Cartel de los Sapos for Caracol TV where he played a drug dealer. The series was filmed in Miami, New York, Colombia, Panamá, and Madrid. The series was followed by a film of the same name.

The series and film were based on a book written by Andres Lopes alias Florecita, who wrote the book while in prison. The series was screened at the LA Screenings and the series aired in 2008 in Colombia. Caracol TV will air the series of 40 episodes starring Cardona, Karen Martinez, Diego Cadavid, and Robinson Diaz.

In November 2008, Cardona played a lead role in Undertow (Spanish title Contracorriente) in Peru. Cardona plays the character of Santiago, a gay painter who arrives in a small town and falls in love with Miguel, a married fisherman played by Cristian Mercado who is torn between his love for Santiago and his love for his pregnant wife Mariela (Tatiana Astengo).

The film is produced by Dynamo Capital (Colombia) and Calvo Films (Peru) and is directed by Javier Fuentes-León. Contracorriente also premiered at the San Sebastian Film Festival on September 23, 2010. The film also had a great reception in Sundance Film Festival winning the Audience Award for World Cinema Drama. 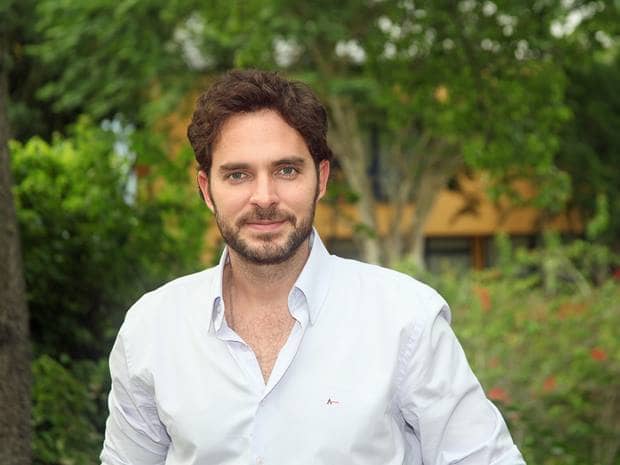 Cardona appeared in an episode of Tiempo Final titled “La entrega” in the second season of the show which also co-starred his girlfriend Katarina Sacht. Tiempo Final was a remake of the Chilean series of the same name and aired on Fox.

He acted in La Ultima Muerte alongside Kuno Becker, in 2009. The film premiered in Mexico in November 2009.

Cardona was in the third season of Spain’s version of Sin tetas no hay paraiso, which aired on Telecinco. In it, he played a policeman named Martin La Roca. The series premiered in Spain in fall 2010.

He produced and directed a short film called Risas Inocentes (Innocent laughter) with his brother Juan. The short premiered in Colombia in 2009 and was produced by his company “11:11 (onceonce) films”.

He stars in Netflix’s Who Killed Sara? As the main character Alex Guzmán. More recently, his 11:11 Films Company has struck a deal with Viacom International Studios.

According to CelebsCouples, Manolo Cardona had at least 3 relationships before this one. He has not been previously engaged. Manolo Cardona and Valeria Santos have been dating for approximately 10 years.

Manolo Cardona has two children from his marriage with Valeria Santos. At first, the husband-wife duo welcomed a son, Gael Cardona,

Then, in 2017, Manolo and Valeria again became parents of a daughter, Guadalupe Cardona. Currently, the whole family lives a happy life without any rumors

Manolo Cardona’s net worth is $1.5 Million. He is one of the richest TV Actors & listed as the most popular TV Actor.

According to our analysis, Wikipedia, Forbes & Business Insider, He has made such amount of wealth from his primary career as a TV actor and producer.

He also worked as a model, where he most likely made a great living. Aside from that, he makes money through brand endorsements and collaborations with other businesses and initiatives.

In addition, the actor, who stands at 188 cm, co-owns the production companies 11:11 Films (established in 2005) and Miramas with his two brothers. He was also engaged by the United Talent Agency in June 2021

Manolo Cardona is arguably the world’s most influential social media star. Manolo is an ideal celebrity influencer. With his large number of social media fans, he often posts many personal photos and videos to interact with his huge fan base on social media platforms.

The Actor with a large number of Twitter followers, with whom he shares his life experiences. Manolo is gaining more popularity of his Profession on Twitter these days. You can read today’s latest tweets and post from Manolo Cardona’s official Twitter account below, where you can know what he is saying in his previous tweet.

Manolo Cardona became the recipient of a Latin Pride Award in 2008. On September 27, 2007, Cardona was awarded the “Latin Pride Award” in the Back Bay Events Center in Boston. The award honors the accomplishments of Hispanics of different areas and is a production of the Latin Pride Magazine. Cardona appeared in the 2008 Disney film Beverly Hills Chihuahua.