Sandeep Maheshwari is the Diamond that shouldn’t be forgotten in search of Gold. He is such an amazing and illustrious person who is sure going to be noted in history.

His biography and life story overflows with inspirations and motivations which can change your life quickly.

Let you begin this inspirational life story of Sandeep Maheshwari and achieve your success soon.

Who is Sandeep Maheshwari? 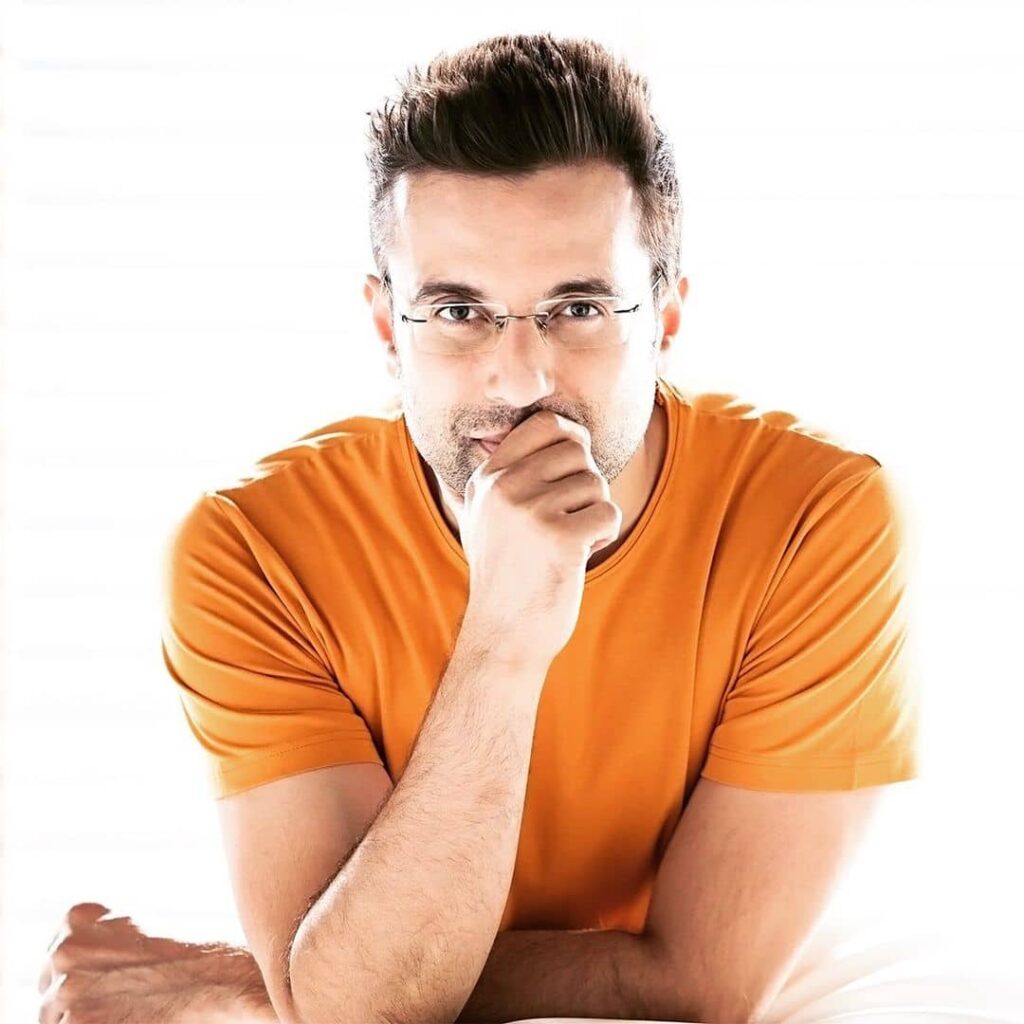 He is immensely popular in India and also in overseas countries. He is best regarded for his unique motivating aptitudes. Despite this, Sandeep is also a successful entrepreneur and has founded India’s leading image website named IMAGESBAZAAR.

Sandeep Maheshwari has motivated millions of people and has turned them into optimists from pessimists. His name floats in almost every Indian’s heart.

Although, he never had a perfect and favorable life during his early times. Sandeep has also faced many problems like other people.

But his consistent efforts led him to achieve this level of success in life. Let you read his life story and know-how he faced the problems.

Sandeep Maheshwari was born on 28 September 1980 in New Delhi, India. His father, Roop Kishore Maheshwari was in the Aluminium business for 20 Years. And mother, Shakuntala Rani Maheshwari is a homemaker.

He has also a sister. Sandeep grew up in the localities of Delhi and spend his childhood there. His family was totally dependent on his father’s Aluminium business. But sadly, the business got collapsed after suffering huge losses.

After this, Sandeep thought about the coming responsibilities in his life.

Things were hard for him but not impossible. He then forgets the little past and moved forward following his family problems.

Sandeep Maheshwari begins his education at Kirori Mal College, Delhi University. He was pursuing his B. Com education there. He never enjoyed doing studies and never shows any curiosity in the study.

Following this, he decided to drop out the college while being in his third year. Sandeep has not a big educational background but today he is the man who has every answer to life.

He proves with this decision that study never matters if you have a strong belief in yourself and in your work.

The career of Sandeep Maheshwari expresses a lot of emotions and inspiration in his biography. Those all because of being failed many times in his life.

As soon as Sandeep’s father’s business declined, he stood on his feet and started a Multi-level Marketing Company. However, the start-up failed in a very short time.

Sandeep was very attracted to the modeling world. So, he decided to enter there and started his career as a model at age of 19.

But after observing the aggravation and exploitation of models, he decided to leave this job. He then thought to help countless struggling models.

Then Sandeep picked out the photography profession and continued it. He was wondering about changing the modeling world to another level. So, he started a small company, named Mash Audio Visuals Pvt Ltd. 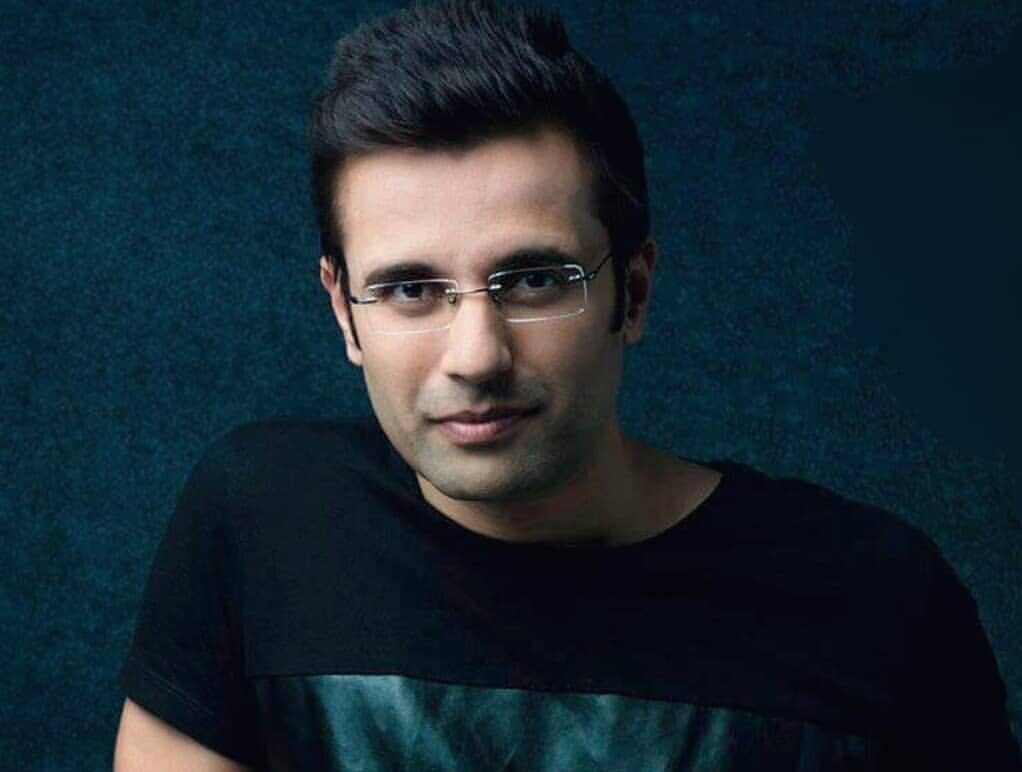 Back in 2002, he along with his three friends started a company. Unfortunately, the company closed in 6 months after facing a few troubles. But Sandeep’s thoughts were formed at the creative level.

The has been titled in Limca Book of World Record. But Sandeep had always a burning desire to do something bigger. In 2006, he launched an online image platform named imagesbazaar. That time he hadn’t a perfect team to handle his business.

He was performing multi-tasks including tele-caller, counselor, and photographing.

He paved his work forward and today’s IMAGESBAZAAR is the world’s largest collection of Indian photos over a million images there. Moreover, he has over 7000 clients in over 45 countries.

Besides being a successful entrepreneur, Sandeep Maheshwari is a guider, mentor, role model, and inspiration for millions of youths in the world.

He has also his YouTube channel where he has immensely famed. 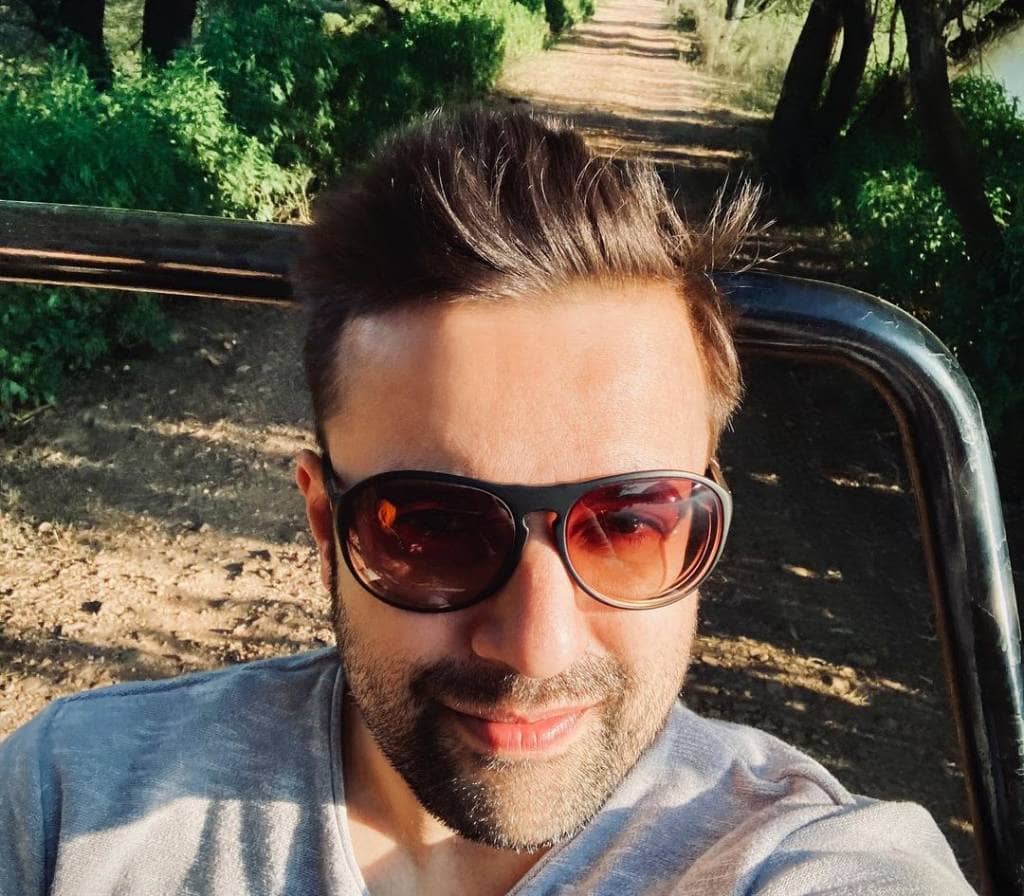 Sandeep joined the channel on 13 February 2012. He has now over 19 million subscribers and has posted more than 370 videos. He never charges people for guiding and teaching them.

And therefore, his all seminars and classes are free to use. Millions of people have stood on their feet only because of Sandeep Maheshwari.

There are no questions of people that Sandeep has failed to answer.

Peoples across India come to his program for consulting their life problems. Sandeep is the man who teaches how to live a life where everything is AASAN (Easy).

Sandeep Maheshwari married Ruchi Maheshwari, his college-time girlfriend and now wife. They first met when they are in class 11.

And eventually, they both fell in love and tied up. Sandeep decided to marry her when he will be stabilized financially.

And later things went right as he married her after being a successful person. His wife, Ruchi Maheshwari also helps in his business and in other works.

But she has been not seen doing a particular job or maybe hasn’t any profession. 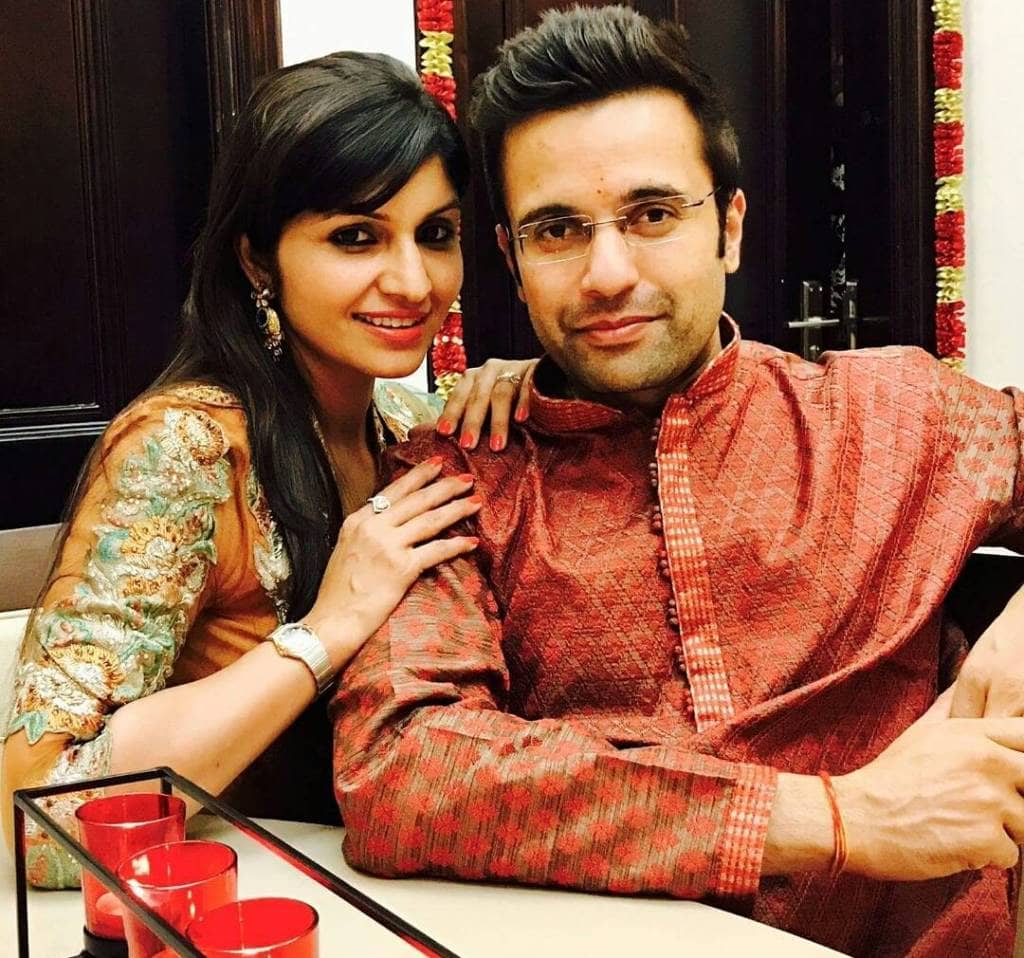 They both love adventures and always used to go on vacations during holidays. The couple was blessed with a son named Hriday Maheshwari who is almost 9 years old.

Thereafter, a cute daughter was birthed in the family who is now almost 5 years old. His family lives a happy and very favorable life.

Sandeep Maheshwari’s net worth has been estimated at over $4 Million US Dollars which is around INR 29 crores. His salary is more than 1 Lakh per month. He has several sources through which he earns money.

Maheshwari earns from IMAGESBAZAAR as it is India’s leading online image platform. Most of the wealth has been generated from here.

Through his consistent work, it seems that he is going to earn more than double his wealth very soon. Although, money and huge wealth never matter in his life.

He also used them for charity and works as a philanthropist. 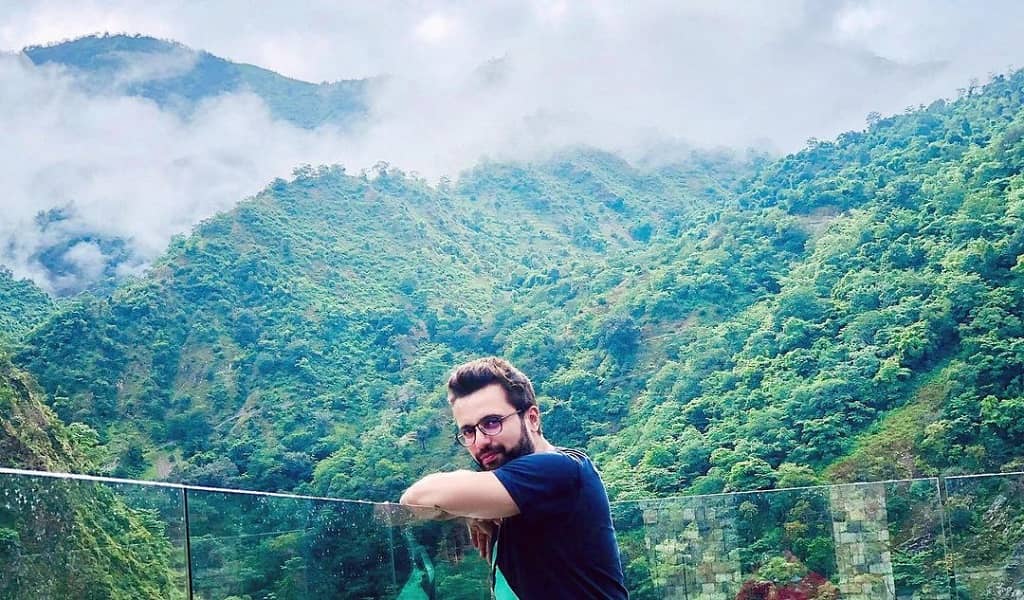 Sandeep Maheshwari has achieved numerous milestones in his life story. Although, his intentions were never to work for prizes or awards but to work for the people of this world.

These awards are nothing against his contributions to the people. However, these could be an inspiration for everyone who follows him. Below are the major awards of Sandeep Maheshwari. 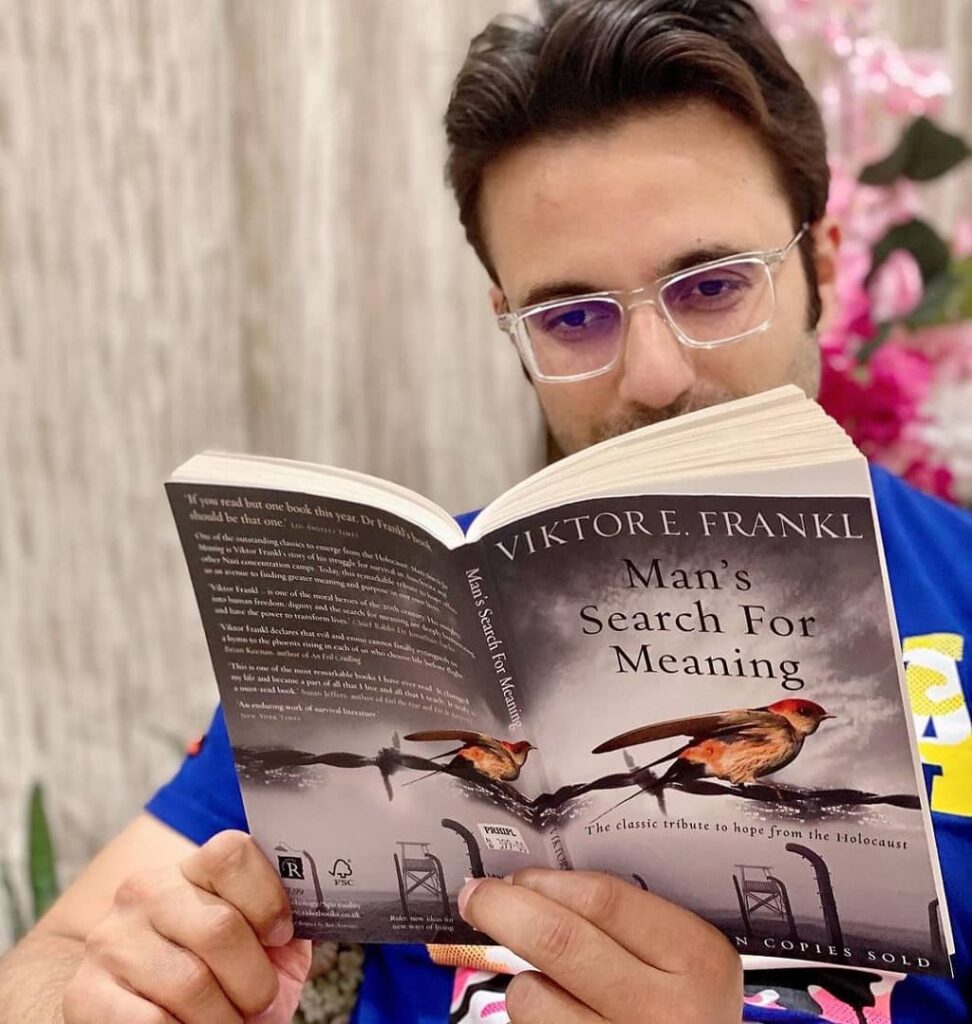 Sandeep Maheshwari is a book enthusiast like other great people of this world. He always opts for and reads life-changing books. Once he posted on his Instagram about the best book he has ever read.

The book’s name is Man’s Search For Meaning which has written by Victor E. Frankl. Likely these books, Sandeep Maheshwari has recommended numerous other books which have been mentioned below.

Sandeep Maheshwari is India’s most astonishing person who is leading the motivational world at his fingers. He has such abilities through which he can motivate anyone.

Millions of people referred to him as their GURU (Leader) as he has helped them change their life.

Even Sandeep’s life was also not easy in his early times. He has also failed in his several attempts but never feared to fail. He was consistent in his hard work which turned into success.

I hope you loved this inspirational biography of Sandeep Maheshwar.

Share this with people who also wanted to achieve something big in life. Also, share your feedback with us about your experience with this motivational biography.

Next Read: Who is Motivational Speaker Eric Thomas?