Ahmad Al Shugairi is a famous name in Saudi Arabia. He has won millions of hearts with his astonishing performance on various TV shows.

Together, he has stabled himself as one of the famous Arabian social media stars, with millions of followers on his social media handles.

He is an inspirational, entertainer, and idol for many people. Let have a look at his wonderful biography below and know him closely.

Who is Ahmad Al Shugairi? 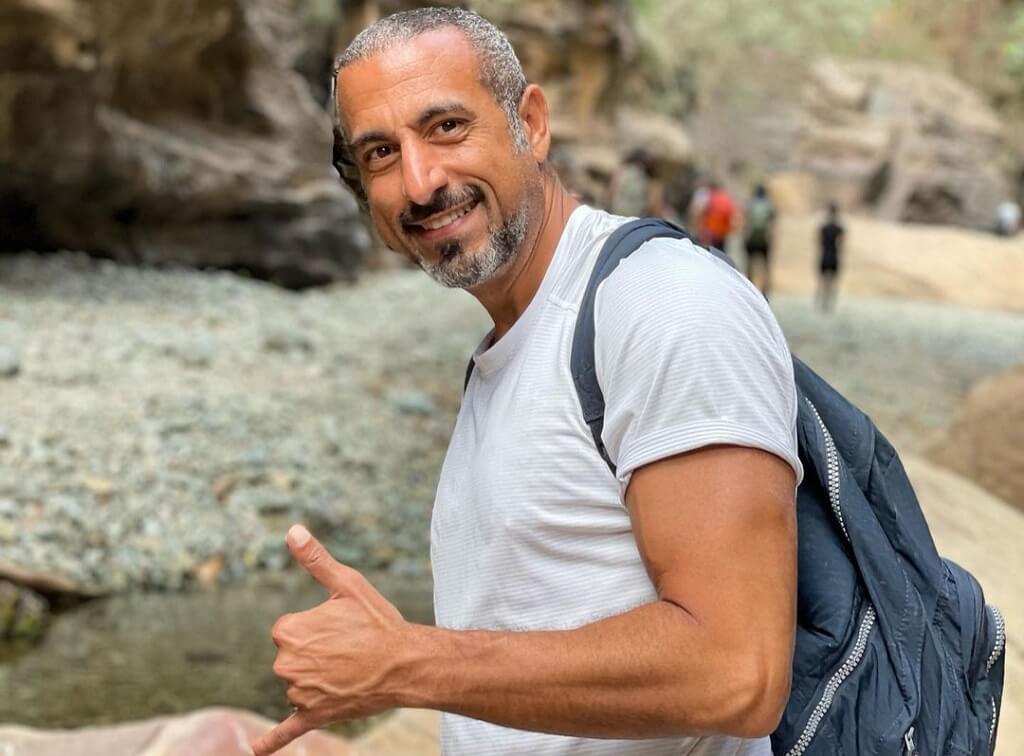 Ahmad Al Shugairi is the most famous Saudi Arabian Television Presenter and activist. He is a multi-talented person. He is also an author, educator, lecturer, and presenter.

Ahmad has achieved great success in his life. He is best known for his program Khawatir. He has influenced millions of people through his message and personality.

He has also obtained the Best Youth Media Personality in the third youth media forum in Jordan.

According to an analysis by Arabian Business magazine, Ahmad has been positioned among 143 out of 500 of the most influential Arab personalities in the Arab world.

He also won the Best youth media personality in the third youth media forum in Jordan, and he was placed 143 on a list of 500 of the most influential Arab figures in the Arab world according to a survey published by Arabian Business magazine.

The name of his father was Mazen Alshugairia, and his mother was Affaf Ali. He had an easy childhood with no major obstacles to his future.

Historically, his family originated from Palestine and Jordan, or more specifically, they belonged to Acre which is the city of the North District of Israel.

With the establishment of the State of Israel, they migrated to Saudi Arabia and settled in Jeddah.

He graduated from Manarat High School, which locates in Jeddah. Due to the better financial condition of his family, he moved to the United States for higher studies.

He was only 17 years old when he departed for the USA for higher studies. There he received a degree of Bachelor in Management Sciences.

After that, he studied MBA at California State University. Later he moved to Saudi Arabia and continued the business with his father.

In the beginning, Ahmad wanted to become a businessman and dentist. After seven years of completing his studies, he started his media career in 2002.

His first television program was Yallab YA Shabab.

His second program was A Travel with Sheikh Hamza Yusuf on MBC. He hosted the Khawatir which was an annual show transmitted in Ramadan from 2005 to 2015, and this program was the most famous show at that time. 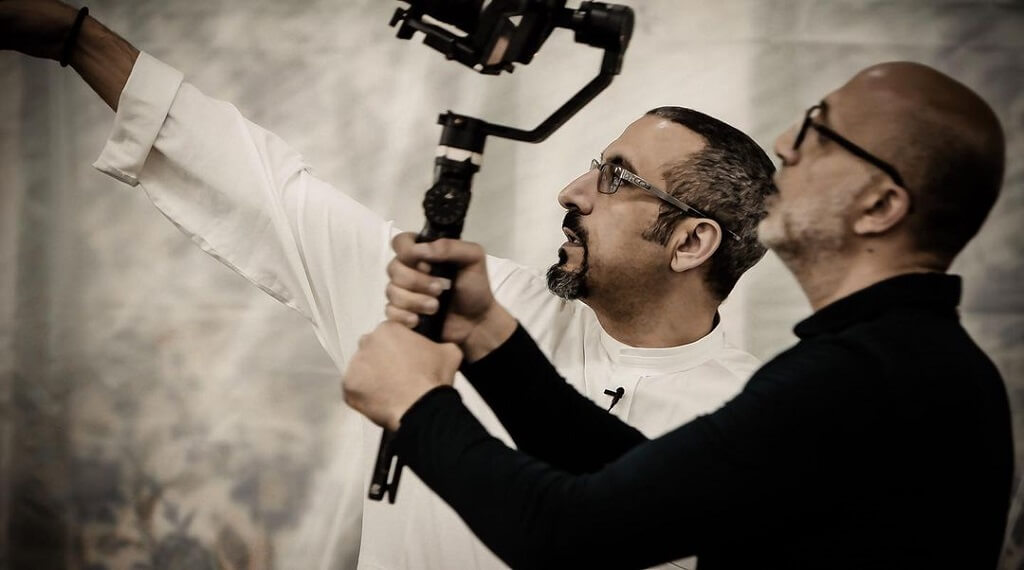 The program Khawatir gave him big fame, and he is also best known for it. This program was profitable within Saudi Arabia.

Recently he has hosted a program Qomrah which is broadcast on MBC in Ramadan. In 2015, he also won one million USD in Sheikh Mohammad Bin Rashid Al Maktoum Knowledge Award.

With the completion of his degree in 1995, Ahmad Al Shugairi married Yasmine. Their marriage couldn’t sustain for a longer time due to some reasons.

Their relationship collapsed very soon and ended in divorce.

With the failure of his first marriage, Ahmad then married Rola Dashisha. She was also his outfit designer in Khawatir.

They are busy in their married life and blessed with two lovely children named Ibrahim and Yousaf. 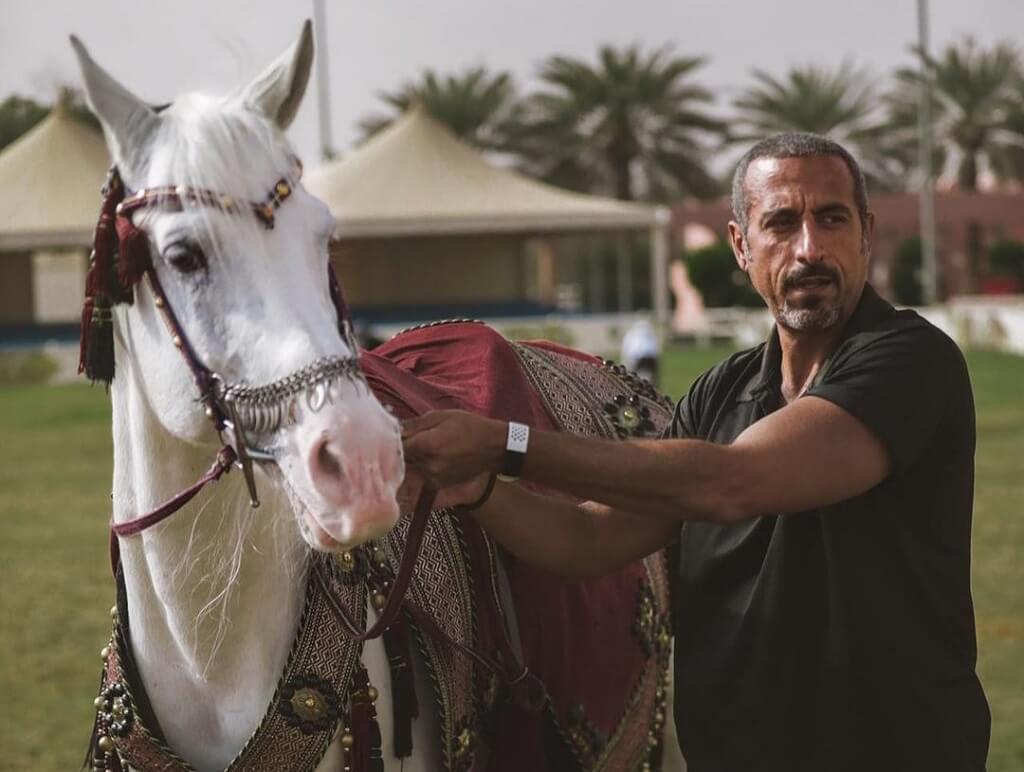 Like other celebrities, his private life is also veiled and most things are unrevealed. He likes to maintain his personal life private.

His younger son, Ibrahim is a Goalkeeper for his platinum Vancouver United FC team. The elder son Yousaf recently becomes the central defender for the metro rank Vancouver FC group.

Net Worth of Ahmad Al Shugairi

Ahmad Al Shugairi is ranked at no #6 in the list of the top 10 richest celebrities of Saudi Arabia. His estimated net worth is $3-13 Million US Dollars.

This amount is not official and it is just an estimated capital in 2021. The calculation was done from various perspectives.

Like other famous personalities, his net worth may also change with time-based on work and fame.

His main source of wealth is reputation and recognition due to his career as a Television personality. We can say that his success is the reason for his earnings.

Apart from his profession, he might be earning from various other resources.

Like, he might be generating income as a brand ambassador of the many multi-national companies or brands.

Ahmad Al Shugairi is a most famous public figure who holds millions of followers behind him. He is ranked at the top of the list of the most famous personalities in Saudi Arabia.

His extraordinary and notable personality paved the way for him to get huge social media followings and likes. He is an apple of the eye of millions of people.

His social media follower number is extremely broad and usually in millions on most platforms. Let’s take a look at his social media handles along with his follower counts.