Who is Belinda Peregrin?

Belinda Peregrin Schull more often known as Belinda is a Spanish-Mexican songwriter, singer, and actress. She has been living in Mexico since a very small age.

She began her career at the age of 10 in 2000 after getting the lead role in Mexican children’s telenovela Amigos x Siempre.

Then she appeared in Aventuras en el tiempo in 2001 and Complices Al Rescate in 2000. Her self-titled debut studio album Belinda released in 2003 was a commercial success selling more than 1,1 million copies.

In this album, many successful songs were included along with her debut hit “Lo Siento” and “Vivir” which were the main themes of the telenovela Corazones in the year 2004. 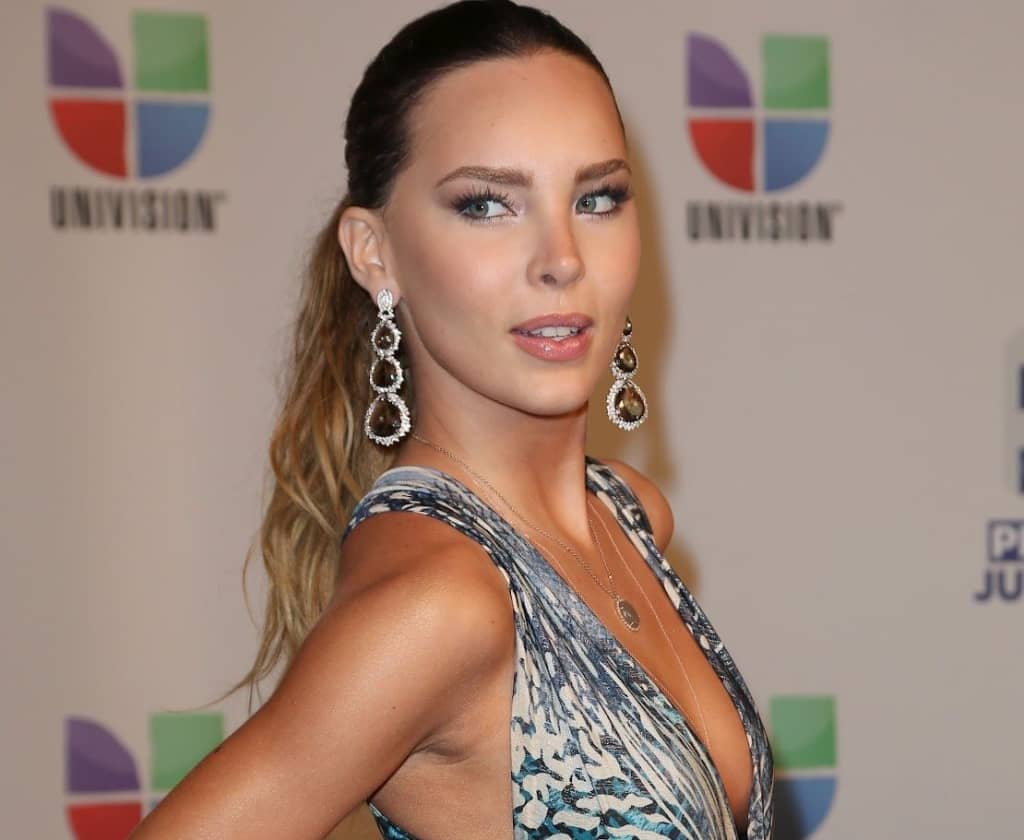 She departed from Sony BMG and management in 2005. Her second album Utopia of 2006 listed here in two Latin Grammy Awards and certified platinum in Mexico.

She also appeared in some motion films including the Cheetah Girls 2 in 2006 and dubbed the voice for The Tales of Despereaux in 2008 as well as Las Aventuras de Tadeo Jones in 2012.

When they returned to Mexican telenovelas in Camaleones and the TV series Mujeres asesinans 3 in the years 2009 and 2010 respectively she was inspired for her third album Carpe Diem with the hit single Egoista.

Her fourth album was another success with the gain of the first rank in native Mexico. This album also included many hits such as En La Obscuridad and En El Amor Hay Que Perdonar.

In 2017, Belinda played the role of an extra in the film Bay watch including Zac Efron and Dwayne Johnson as lead characters.

Her four studio albums, soundtrack, and singles together have sold over 3 million copies.

For this thing, she is ranked third in the best-selling female Mexican Act.

In 2020 she has been appointed as one of the coaches of the Mexican singing competition show, La Voz on TV Azteca after she was appointed from Televisa after 7 seasons.

Belinda Peregrin was born in either 1989 or 1992. Her birth year is not confirmed. She was born in Madrid, Spain.

She is the daughter of a French-Spanish mother, Belinda Schull Moreno, and a Spanish father, Ignacio Peregrin Gutierrez.

She is the granddaughter of the late famous French bullfighter Pierre Schull. Her younger brother, Ignacio was born in Mexico in 1996.

Her father is the owner of several factories in Europe.

When Belinda was four years old her family moved permanently to Mexico City.

She has not mentioned any detail about her educational history and qualification. They are still under search.

The Journey of Belinda Peregrin

Belinda Peregrin showcased her talent for singing, acting, shooting home videos, and writing at a very small age. Her first telenovela was at the age of 10.

She was casted in Amigos X Siempre! The show and its album became a huge hit in Latin America. She did her second telenovela in 2001 titled Aventuras en el Tiempo.

It was a huge success in Mexico and different Latin American countries. She gained further recognition by portraying the character of twins in Complices Al Rescate.

This album became a huge success in Latin America and Mexico selling more than 0.5 million copies throughout the world.

In 2005, she made collaborations with the Mexican rock band Moderatto on the cover by Timbiriche named “Muriendo Lento” which gained the first rank in Mexico and also became a commercial success.

She made her debut in the film industry of North America. She made a guest appearance on the show Buscando a Timbiriche, La Nueva Banda. She received 2 awards on 18 October 2007.

She provided the services of Spanglish remix of “Te Quiero” of DJ Flex and Finley’s single Your Hero released in the year 2008.

She was seen along with Edith Gonzalez and Alfonso Herrera in action-themed Camaleones. 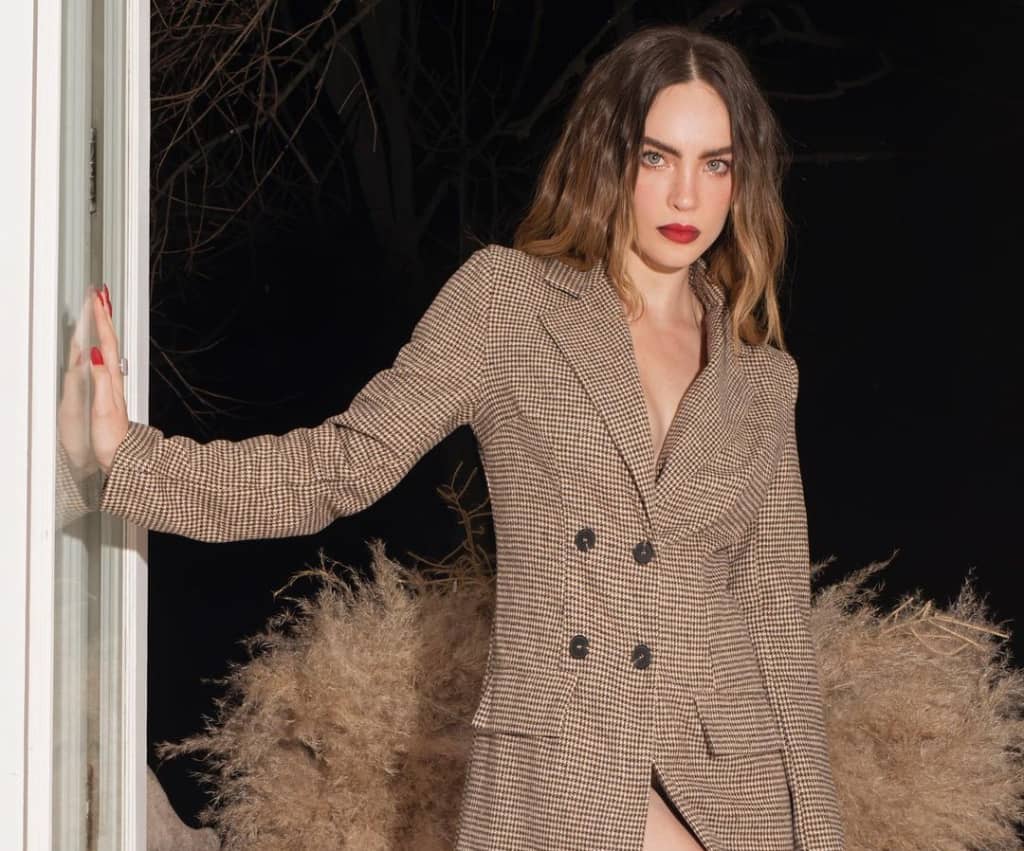 Belinda then appeared in the third season of Mujeres Asesinas. She recorded the song “Contigo en la Distancia” for one of the scenes of the episode.

This scene and episode were liked by critics. It was one of the highest-rated series.

Her final single and second album “Dopamina” came out in 2011. It was a moderate success. “En la Obscuridad” came out as her second single.

It debuts on the Mexican Singles Chart with 37 positions and reached 10th position in March 2013.

It affected Belinda’s career internationally, peaking at 65 in South Korea and 39 in Spain. In only two days, this video broke the record on Latin music Vevo with over 3 million views.

Belinda Peregrin worked as an extra in Baywatch in the adaptation of the film of the 90s with the television show of the same name that featured Dwayne Johnson and Zac Efron.

Apart from her acting career, Belinda entered her shoe line in collaboration with Cape de Ozono released at end of 2016. She at total released five albums.

She was forced to stop the recording of two music videos because of coronavirus disease.

She founded her own music promotion company named Joy Music. She in collaboration with his brother opened a Karaoke bar, La Chismosa Canta Bar.

She has been the face ambassador of different brands such as Cinemax, Tooth Tunes, Coca-Cola, Video Now, Oscar Mayer, and many more.

Belinda Peregrin has kept her personal life away from the spotlight. Although she is active on her social media accounts like Twitter, Instagram, and so on.

She is currently single and not previously engaged. She has no children. Currently, she is only 29 years old so she may be focusing on her career right now.

Belinda Peregrin is one of the highly ranked Mexican singers. Not only in Mexico City her fame has risen across the globe.

It is the result of her continuous hard work that Belinda has an amazing net worth of $111 million.

It is such a huge sum of money that an entire life may be spent to earn this but who is motivated to achieve something can do it.

Overall, She is financially stable herself and can now enjoy any point of her life.

Finally, you really did something good today on our platform. We hope you’ll have sure enjoyed reading the biography of this popular actress Belinda Peregrin.

We will be thankful to you if you can mention your experience and opinion in the comment section about her story.

Next Read: Who is actress  Chambers?