Are you someone who enjoys watching comedy talk shows or stand-up comedies? Are you a great fan of theirs? The majority of us will recharge our souls after hearing a good joke.

And while we’ve all heard that a smile could heal people’s souls, do you know what one of the most challenging things we can do for our loved ones is?

It makes them laugh uncontrollably. As a result, we should appreciate those who make us laugh or smile.

Fine, let us directly move to our topic,

All these introductions are for our iconic comedian, “Gary Valentine,” and we will discuss his biography in detail. And he is the elder brother of the famous actor Kevin James.

Who is Gary Valentine? 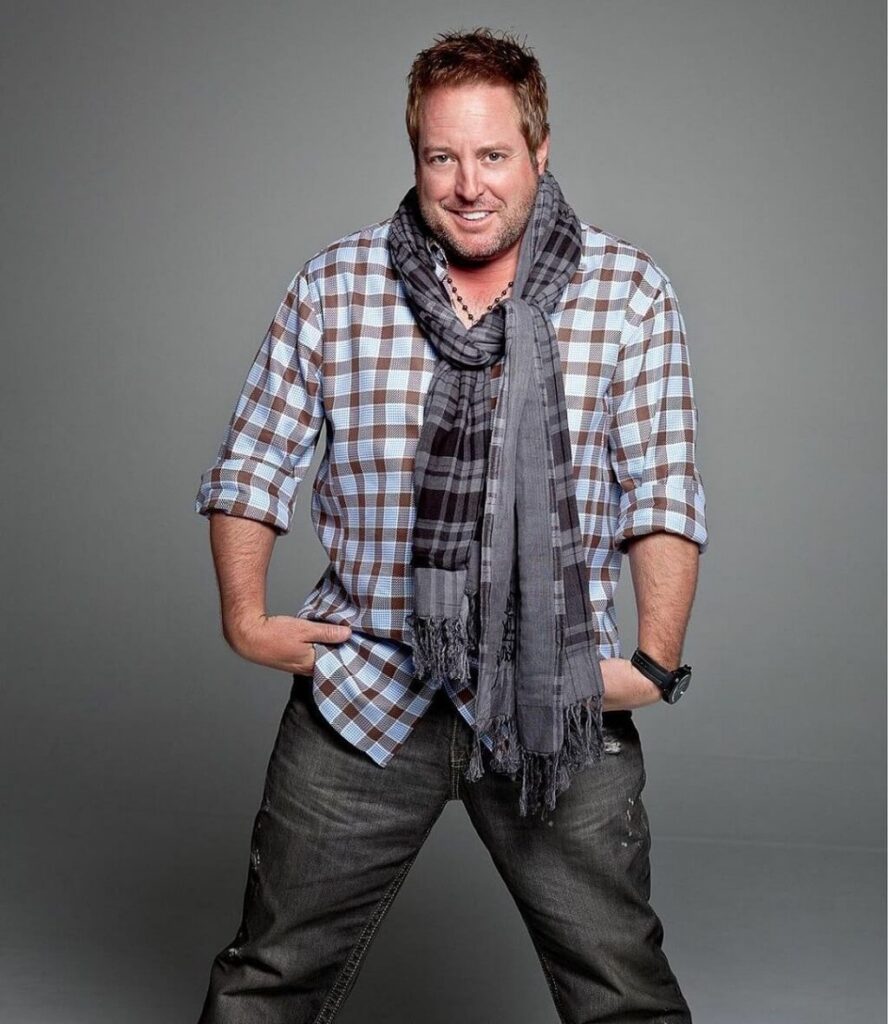 Gary Valentine is a well-known German American actor who has acted in many television series and movies.

He is the elder brother of famous American actor Kevin James. He even appeared alongside his brother Gary.

Kevin has won numerous awards for his role as the best comedian. Thus, both brothers are blessed with the talent and skill to make others laugh.

And he is best known for his roles in “The King of Queens” and “Kevin can wait.”

In addition to being an actor, Gary is a great comedian who got famous by doing many comedy talk shows and stand-up comedies in his earlier career period.

Meanwhile, even in movies and sitcoms, he has the proper role to play as a comic and has all the talents to make people laugh with his jokes.

And Gary Valentine is interested in writing, so he has written some scripts for television series. We will see all his projects in detail in the next section.

Gary was born on November 22, 1961, in Mineola, New York City. He is the eldest child born to Janet and Joseph Valentine Knipfing.

His mother worked in a chiropractor’s office, and his father worked for an insurance company. They are not from a well-to-do family.

Gary is of German descent because his ethnic roots are in Germany. And his family was raised in a Catholic household.

Since childhood, he aspired to become a comedian, and he worked for that after completing his schooling at Ward Melville High School in New York City.

Here in this section, we will see about the siblings of Gary Valentine.

Kevin George Knipfing: His stage name is Kevin James, and even though he started his career as a stand-up comedian like his elder brother, he got the chance to act in the television series “The King of Queens” and “Kevin Can Wait.”

Then he received numerous films offers, including “Grown Ups,” “Pixels,” “Hitch,” and others. Kevin has started his voice-over work for the different characters.

Currently, he has been active in his social media work; Kevin has his own YouTube channel and is gaining thousands and thousands of subscribers.

Leslie Knipfing : She is the youngest of three children, but since childhood, she has been suffering from a rare genetic disease known as Retinitis pigmentosa

This disease affects the eyes and may lead to vision loss. As Leslie has suffered from this disease, she avoids appearing publicly and hides behind the media spotlights.

Currently, she is taking care of her father’s business. 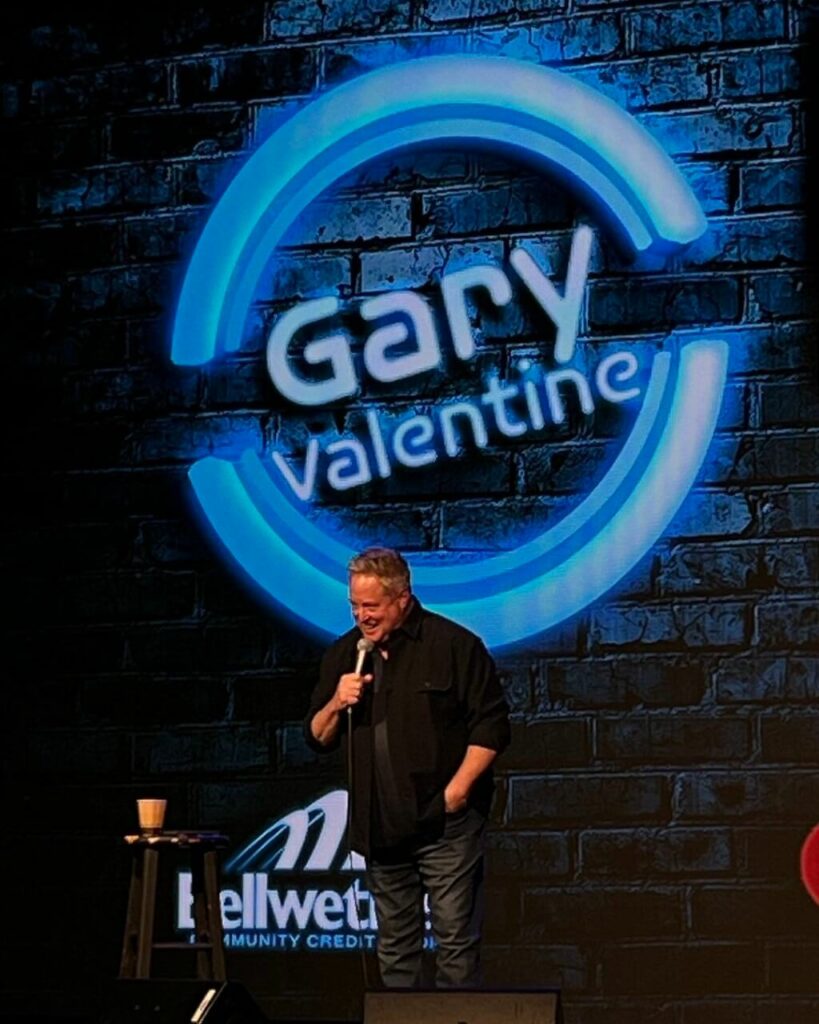 Gary Valentine started his career as a comedian in talk shows and as a stand-up comedian on a small scale, then got a chance to participate in the Montreal Comedy Festival.

He got a good response from the festival, then shifted to Los Angeles to enrich his career.

Then he got on many talk shows like The Late Late Show with Craig Kilborn, Late Night with Conan O’Brien, and The Tonight Show with Jay Leno.

Along with these talks, he was running some comedy theatres and clubs.

Gary Valentine got the chance to act in the television series in a comic role. But his best performance can be more significantly seen in “The King of Queens.”

King of Queens is one of the significant hits shows on CBS, where he acted as the “Cousin Danny” for Doug Heffernan for nine seasons.

Do you know who played the role of Doug Heffernan?

It is his brother, Kevin James!

Then he landed his talent on the silver screen, where he acted alongside Greg Kinnear, Adam Sandler, Matt Damon, etc.

Gary also performed some shows on the Comedy Central Network and appeared in the famous “late-night talk show Chelsea Lately.” He also wrote some scripts for television shows.

Gary Valentine’s net worth is around 1 to 2 million dollars. He has been in the acting industry for nearly four decades and might have earned all this money.

Even now, the duo brothers are performing their comedy shows, and their ticket information can be seen on their social media accounts.

His primary source of income is from his acting and comedy shows.

Gary Valentine’s wife is Jackyline Alido, and the couple married in 1993. We can see the couple at many award shows and on his Instagram account.

Even in his Instagram bio, he is clearly stated as the husband of Jackyline.

In his recent post, he shared their couple photos and stated that the day he met Jackyline was the best day of his life. Can you feel their love in the air?

Gary Valentine used to be very fit in his earlier days, but as he got older, he became a little obese. Nonetheless, he is a man in his 60s, indicating that he is making an effort to maintain his body.

His height measurements are 173 meters, and he weighs around 80 kilograms.

Do you find this article interesting? Do you also want the biography details for Kevin James? Then comment on it.

Next Read: Everything About Larenz Tate’s Brother Lahmard Tate?