Jayda Cheaves is a social media sensation who has won millions of hearts all over the world. However, she is best known for being the ex-girlfriend of renowned rapper Lil Baby.

Despite this, she has made a name for herself as an entrepreneur. She has also authored the book, ‘The Young Boss Blueprint: 15 Steps to Becoming a Young Boss,’ and she recently went on a book signing tour.

These tours were infused with enthusiasm as Jayda ensured that the evenings were filled with music, food, drinks, networking opportunities, games, photo opportunities, and much more.

She continues to be among the top social media influencers in Georgia.

Who is Jayda Cheaves? 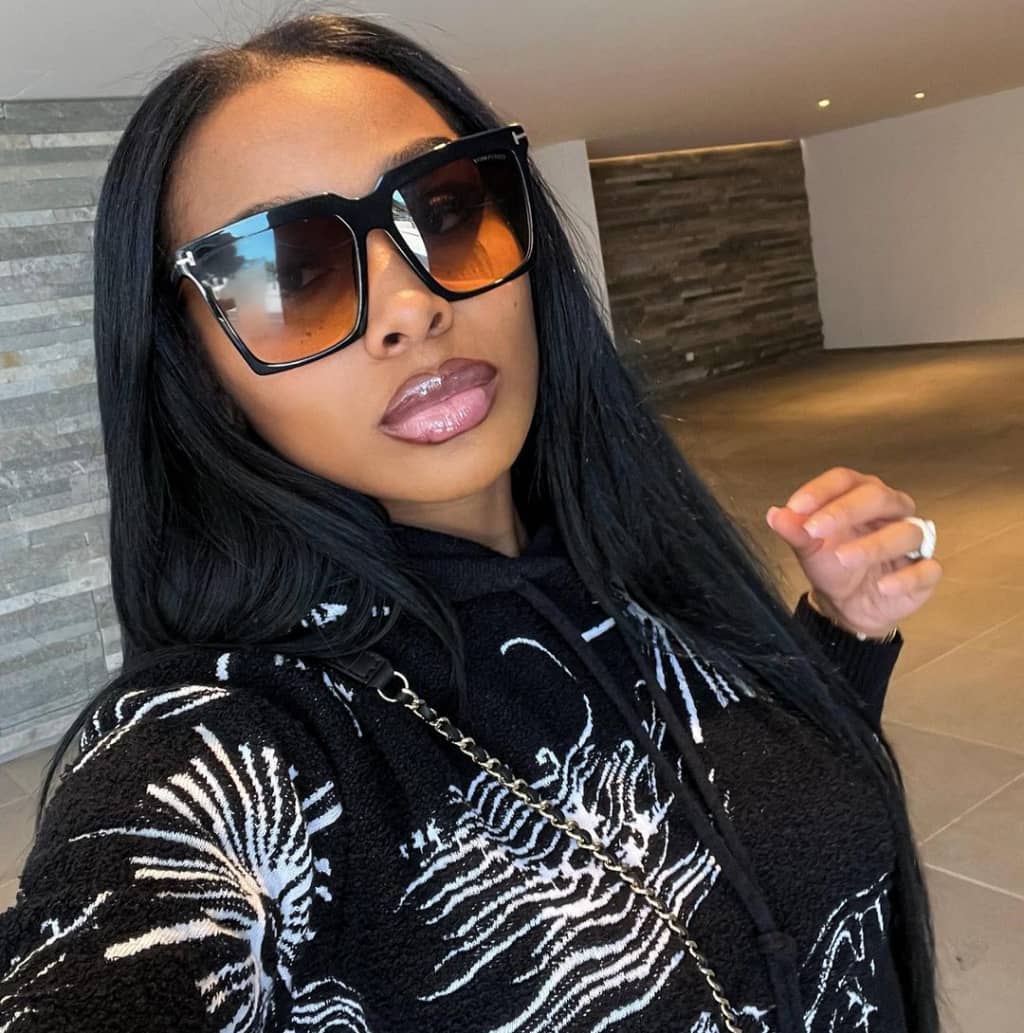 Jayda Cheaves is a famous American Instagram sensation and currently boasts a large following on social media. She is most popular on Instagram, with over 6.7 million followers and she is also active on Snapchat.

The Georgia-based social media influencer used her popularity on social media to become an entrepreneur and model. She decided to start her boutique that focuses on hair products, styling, and clothing.

Jayda Cheaves was born on 25 September 1997 in Savannah, Georgia. She has a brother named Len and a sister named Ameerah.

She graduated from Windsor Forest High School in May 2015. She took birth in an African family. She belongs to the upper-middle class. Likewise, her father is business as we suspect from the information that we got.

She is a creative human right from the beginning.

According to resources, she is a graduate and did her bachelor’s from the University of Georgia. Moreover, she graduated from high school in May 2015

Jayda Cheaves started her career as a social media influencer on Instagram. She has since gained over 6.7 million followers.

This success allowed her to focus on her passion as she wanted to start a company of her own that focused on clothing, beauty, and hair care products.

Her stylish wardrobe and fascinating hairstyles on her social media pages generated a high demand for her products, and her line soon became a hit. Her cosmetic and hair care category was the most successful of her offerings.

She has often spoken about her plans and memories on DJ Small Eyes 2’s YouTube channel. Jayda Cheaves decided to write a book in 2018. 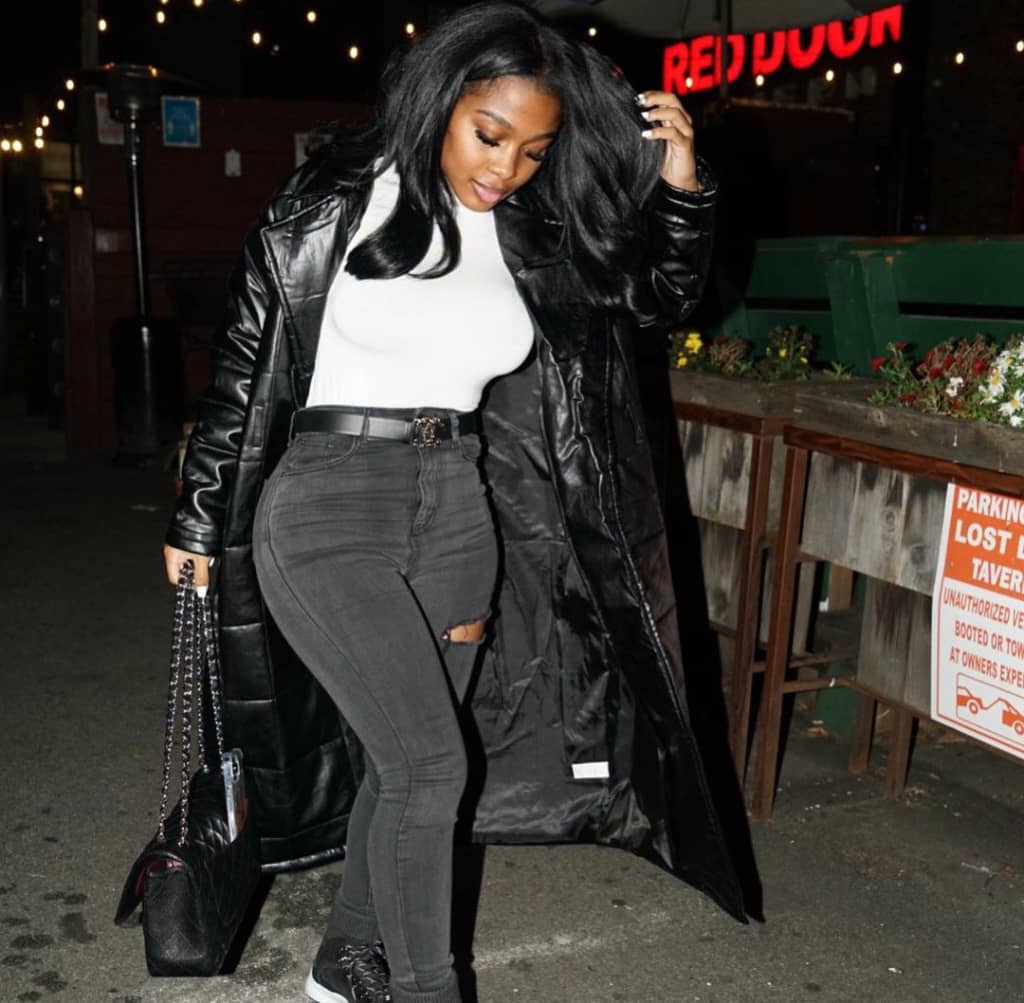 Her book, The Young Boss Blueprint: 15 Steps to Becoming a Young Boss, narrates her story of becoming an entrepreneur and also doles out advice for young entrepreneurs.

She explains how exciting and scary it can be to own one’s business and asserts that this book would help young people to overcome any challenges that they might face in establishing a successful business.

The book is available in both digital and hard copy.

She continues to be an inspiration for many young women who aspire to start achieving their dreams and opening their businesses.

She is currently active on Instagram, Twitter, and Snapchat. She regularly lives streams to interact with her fans and even has a P.O. address to receive correspondence from her fans.

One night on Twitter, Jayda Cheaves announced that she had undergone plastic surgery and currently has breast implants.

What caused a huge uproar was the fact that she had previously denied it and had asserted that she did not support surgical enhancements.

However, it was later revealed that her account was hacked by her best friend Chris who decided to reveal the truth later.

Jayda Cheaves is currently not in any sort of relationship. Previously, she was dating her boyfriend Lil Baby who is a renowned rapper, and she has got a son. The duo met each other back in the year 2016.

Later the duo broke up in early 2018. However, when Lil came to know about her pregnancy then he again got back with his ex-girlfriend to provide for their kid.

In February 2019, they became parents and a baby boy Loyal Armani came into their life.

On her son’s first birthday, the duo took him to Legoland to have fun. It seems like they both are having their best time nurturing their child.

Moreover, Lil Baby once said the two still enjoy an amicable relationship despite breaking up.

As their relationship grew, things seemed to be going well. Although they appeared to go through a rough patch in early 2020 when she posted a series of cryptic messages online.

She finally confirmed in February that they had split after Lil Baby made several suggestive comments in the press.

Jayda Cheaves has a net worth of $1 million USD. In 2018, Cheaves said she made millions of dollars and made over $2 million just from her hair business.

“That wasn’t my clothing website, other people, nothing. My numbers always change though.”

Hair Business, Social media fan following, and other forms of income are among her sources of income. All of her accomplishments have helped her to reach star status.

Undoubtedly, she will successfully continue her career, and having said that, her wealth will also continue to climb up. She has no doubt amassed a huge fortune with the bulk of her wealth coming from her professional entertainment career.

On Instagram, she goes with the username @thejaydacheaves and has more than 6.7 million fan followers. Moreover, she has amassed over 342K subscribers on YouTube.
She’s also built up a large following in the process on different platforms.

Beautiful and bold Instagram star Jayda Cheaves stands at a stunning height of 5 feet 3 inches (154.94 cm) tall. Some individual also claims the mystery behind their awe-inspiring body is cosmetic surgery.

She loves to wear brands and we can even call her a brand freak. Her wardrobe is all the top brands like Armani, Gucci, Fendi, Givenchy, and many others but some of them are her favorites.

Moreover, she has many tattoos on her body.

She has made a very beautiful floral tattoo on her back which likes to flaunt. Likewise, she has fairly long hair and they are flawless.

As her business relies on hair care products so she must maintain hers well.

She exercises day by day to remain fit. It seems as though her activity routine is working for her as her weight is just around 58 kg.