Junaid Ahmed is the name that was in the headlines of every newspaper and channel during the 2018 UPSC  exam result. And why not as he cracked India’s toughest examination and achieved the third rank. He is now the ideal and inspiration of many IAS aspirants because of his success. 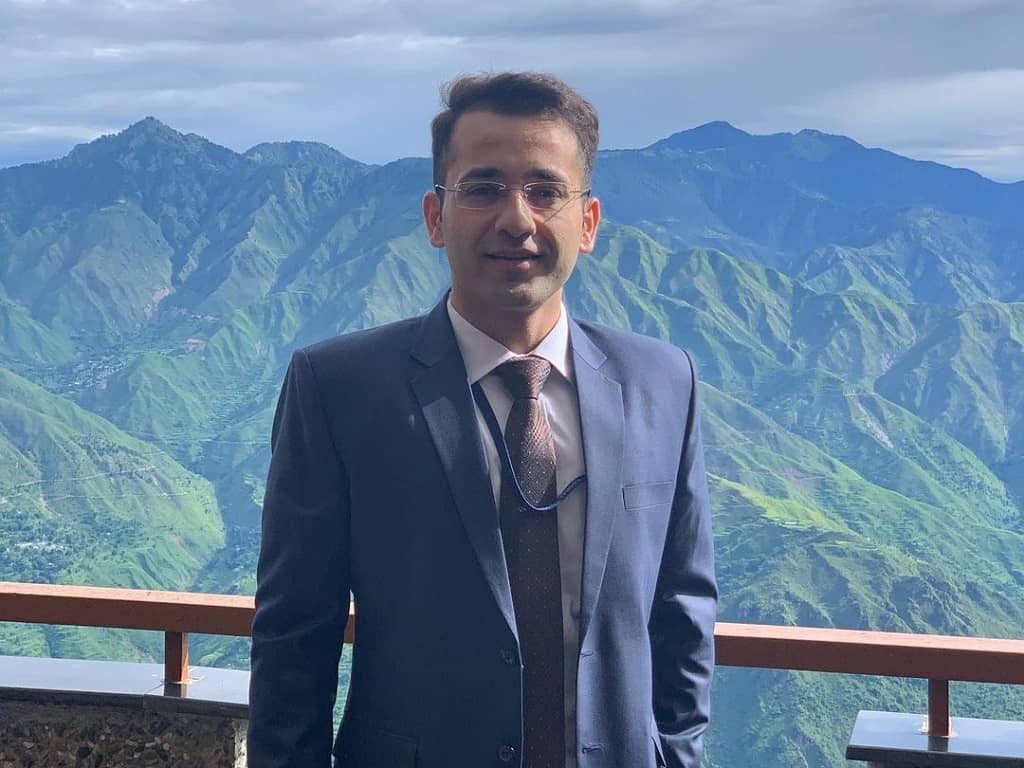 His success story has changed the life of many students and is changing rapidly. Let you also read the inspirational biography of IAS officer Junaid Ahmed and achieve your dream soon.

Who is Junaid Ahmed?

Junaid Ahmed is the topper of the 2018 UPSC exam where he passed to secure the 3rd rank. He was among the average students from his early times. Despite this, he became able to crack India’s toughest exam. This proves that marks never matter in your early exams but your efforts for further tests would matter.

Even Junaid passed this examination in his 5th attempt. He never stopped after failing but tried again and again. These all the stories make the biography of Junaid Ahmed more inspirational.

Junaid Ahmed was born in Nagina in Bijnor, Uttar Pradesh in the year 1991. His father’s name, Javed Hussain is a lawyer from the profession, and his mother’s name, Aisha Raza is a simple housewife. He has an elder sister and two younger siblings, a brother and a sister.

Junaid wasn’t a very smart student from his early life. He had only gained 60 percent marks in his intermediate examination. His marks say about his capability at that time. But he left out that life and decided to do hard work. Further in Junaid Ahmed’s biography, we will see how he gets educated and became an IAS officer.

Junaid Ahmed begins his primary education at Aligarh Muslim University (AMU). He later enrolled in Sharda University in Noida. There he accomplished his electronics engineering education. He further started preparing for UPSC in 2014 and shifted to Mumbai, Maharashtra.

He got failed in his many attempts which made him disappointed. In his first attempt, he was able to crack prelims of UPSC but failed in the MAINS exam. However, he tried more and started studying for over 5 to 6 hours daily. He then decided to shift to Delhi for his strong preparation.

Junaid’s hard work blossomed while he did his 4th attempt in the UPSC exam in 2017. He was able to rank on 352 and therefore was selected for the Indian Revenue Service (IRS). Junaid always wanted to become an IAS officer but sadly he couldn’t.

But he was among the great people who regret things other than their dreams. He again went for the UPSC exam and this was his 5th attempt. Unfortunately, he achieved the 3rd rank all over India and became an IAS officer. This was the happiest moment for Junaid Ahmed in his biography.

Junaid’s career was started as an IRS officer, but we had already seen how he changed this into IAS. He says that “when I was in IRS, I haven’t direct sources to serve the people of this country. I wanted to help the peoples which I can’t do in IRS. So, I decided to try one more time IAS.” Now as an IAS officer, he can serve the Indian citizens directly and freely. Junaid is now very satisfied with his position.

Even Junaid used to say that he never wanted to become a jobber and work privately for little money. He wanted a standard job that can be really satisfying and honorable. Below is the mark sheet of Junaid Ahmed when he cracked the UPSC exam and got the third rank.

Firstly, Junaid Ahmed is unmarried and as of the sources, he is still single and has no girlfriend. He might love to live his life single. He used to share his work and living on his social media accounts, especially on Instagram. Junaid has currently more than 235K followers on his Instagram profile which is junaidahmad_91.

He loves traveling and had posted a lot of pictures of his different tours. Moreover, Junaid is a cricket enthusiast and has been seen playing cricket many times.

Hope so you have completed this amazing biography of Junaid Ahmed so far. It would be very beneficial for you, especially for UPSC students, to get motivated by his life story.

He is not an ordinary person. He believes in continuous practices without worrying about the results. Junaid is among the successful failures. He failed a lot of times but didn’t stop and made his consistency.

While we are doing UPSC or anything, you should always concentrate on how to face the failures. The same Junaid Ahmed did in his biography. Always believe that the sun rises a day. If you are in dark today, stay there, don’t leave, you would surely be in the light tomorrow.

I will hope you loved this biography so much and got inspired. Please share this biography with others so they can also be motivated in their life. We will be glad to accept your feedback about this biography.