A lot of celebrities are coming into this world and going back to their place. Similarly, Mick Doohan was someone who had amazed people with his road racing but is now retired.

Let’s take a look at this life story below and know everything about him.

Who is Mick Doohan? 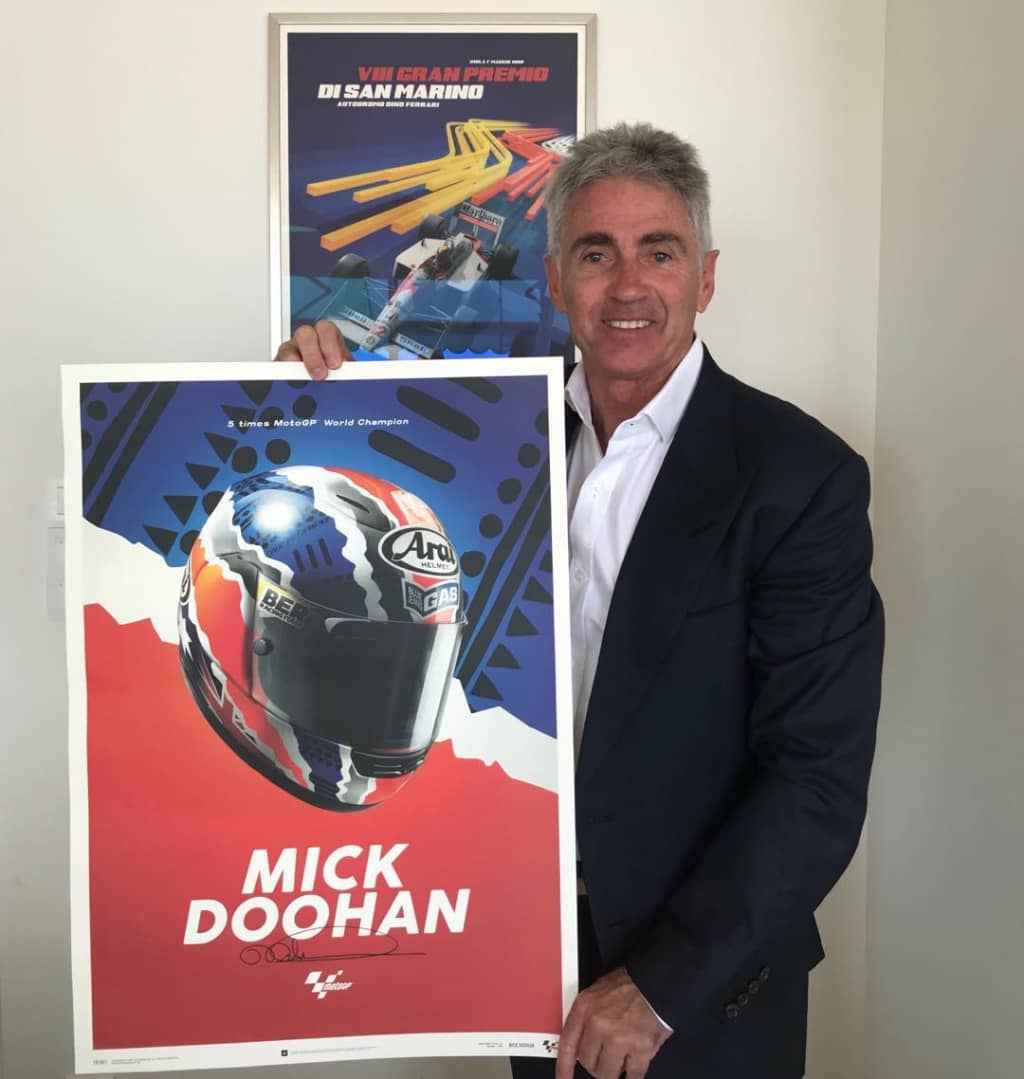 After Mick’s success in Grand Prix motorcycle racing, he got a chance to test a Formula One race car, the Williams FW19, at Circuit de Catalunya (in Spain) in April 1998.

He found the car difficult to drive and crashed against a guard rail.

He raced in Australian Superbikes in the late 1980s, and also won both races as Superbike World Championship visited Oran Park in 1988 as well as the second leg of the Japanese round held earlier in the year.

In a break-out season, he also won the final Australian motorcycle Grand Prix to be held in the TT format at Mount Panorama before the race became a round of the World Championship the following year and moved to Phillip Island.

Doohan leads Kevin Schwantz, Wayne Rainey, and John Kocinski at the 1991 Japanese Grand Prix. He made his Grand Prix debut for Honda on an NSR 500 cc two-stroke motorcycle in 1989.

Late in the 1990 season, Doohan claimed his first victory at the Hungarian Grand Prix on his way to third in the championship.

In 1991, he was paired with his fellow Australian Wayne Gardner on a Honda RVF750 superbike and won the Suzuka 8 Hours endurance race.

He competed successfully throughout the early 1990s and appeared to be on his way to winning his first world championship when he was seriously injured in a practice crash before the 1992 Dutch TT.

He suffered permanent and serious damage to his right leg due to medical complications and, at one stage, faced amputation of the leg.

At the time, Doohan was 65 points in the lead of the championship, but could not compete for eight weeks after the crash.

After an arduous recovery, he returned to racing for the final two races but could not prevent Yamaha rider Wayne Rainey from winning his third consecutive title (by four points from Doohan).

In 1993 he struggled with the healing of his leg and the ability to race the Honda at an elite level, stating later that in that year it was all he could do to just keep his ride at Honda.

It was also during this time he switched to a left thumb-operated rear brake, as his right foot is no longer able to perform this function.

In 1997, his most successful year, Doohan won 12 out of 15 races, finished second in another two, and crashed out of the final race of the season at his home GP while leading by more than six seconds.

In June 1996, Doohan was inducted as a Member of the Order of Australia for his contribution to the sport of motor racing.

Despite up to eight rivals on non-factory HRC Honda motorcycles Doohan’s margin of superiority over them was such that in many races Doohan would build a comfortable lead and then ride well within his limits to cruise to victory.

Although pure riding skill played a large part in his success, the ability of his chief race engineer, Jeremy Burgess, to perfect the suspension and geometry of a racing motorcycle may have given him an advantage over his rivals.

End of His Journey

Between 1994 and 1998 the bike was said not to have had many changes, with Honda engineers reportedly becoming frustrated at Doohan’s reluctance to try innovations.

Such as electronic shifting (it was only when Rossi came to Honda in 2000 that Honda engineers had their head with Rossi willing to try more innovations). 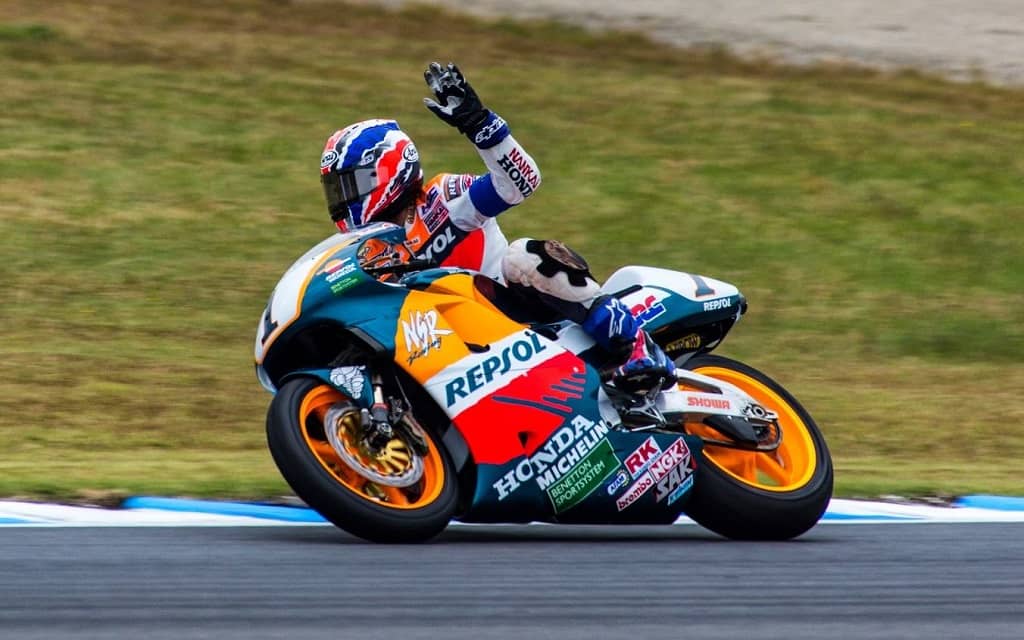 One notable trait of Doohan’s post-crash riding style was the use of a thumb-operated rear brake developed during 1993 owing to the reduced range of motion in his ankle.

This was operated by a “nudge” bar similar to a personal watercraft throttle but mounted on the left handlebar.

In 1999 Doohan had another accident, this time in a very wet qualifying session for the Spanish Grand Prix.

After Doohan retired he went to work as a roving adviser to Honda’s Grand Prix race effort. After the 2004 season, Doohan and Honda parted company.

In June 2011, Doohan made an appearance at the Isle of Man TT. Doohan completed a parade lap and was most enamored by the thrill and spectacle of the Snaefell Mountain Course.

He then went on to pay tribute to his former Honda racing teammate, Joey Dunlop.

Also Read: Who is Lando Norris?

Mick Doohan has a net worth of $5 million USD as of the year. He has earned this huge amount throughout his professional career.

Born in Brisbane, Australia, Michael “Mick” Doohan graduated from St. Joseph’s College and raced in the Australian Superbike circuit for much of the late 80s, ultimately winning at the World Superbike Championships.

Mick Doohan is one of the most successful Celebrities. He has ranked on the list of those famous people who were born on June 4, 1965. Income source is mostly from being a successful Motorcycle Racer.

Besides this, he is around 60 kg or 132 lbs in weight, which keeps changing on different factors. Overall, he is good in terms of his physical appearance.

These days, social media platforms can be a very powerful tool that can help people secure major opportunities. The importance of this isn’t lost on Mick and he is very active on Instagram.

He’s also built up a large following in the process on different platforms. He has uploaded over 50 pictures, most taken during his adventures journey.

Doohan was made a Member of the Order of Australia in 1996 and received an Australian Sports Medal in 2000. He was awarded the “Key to the City” by the City of Gold Coast in 1997.

He was inducted into the Sport Australia Hall of Fame in 2009.  The first turn at Phillip Island Grand Prix Circuit is named after him.

In 2009 as part of the Q150 celebrations, Doohan was announced as one of the Q150 Icons of Queensland for his role as a “sports legend”.

Next Read: Who is Lewis Hamilton? A famous Car Racer