Mina El Hammani is one of those people who gives off a cool, calm and collected vibe, even in a photograph. Her Instagram is full of effortlessly chic pictures: signature curls framing her face, lips slightly parted, eyes so vivid that they appear to stare straight into your soul.

Who is Mina El Hammani? 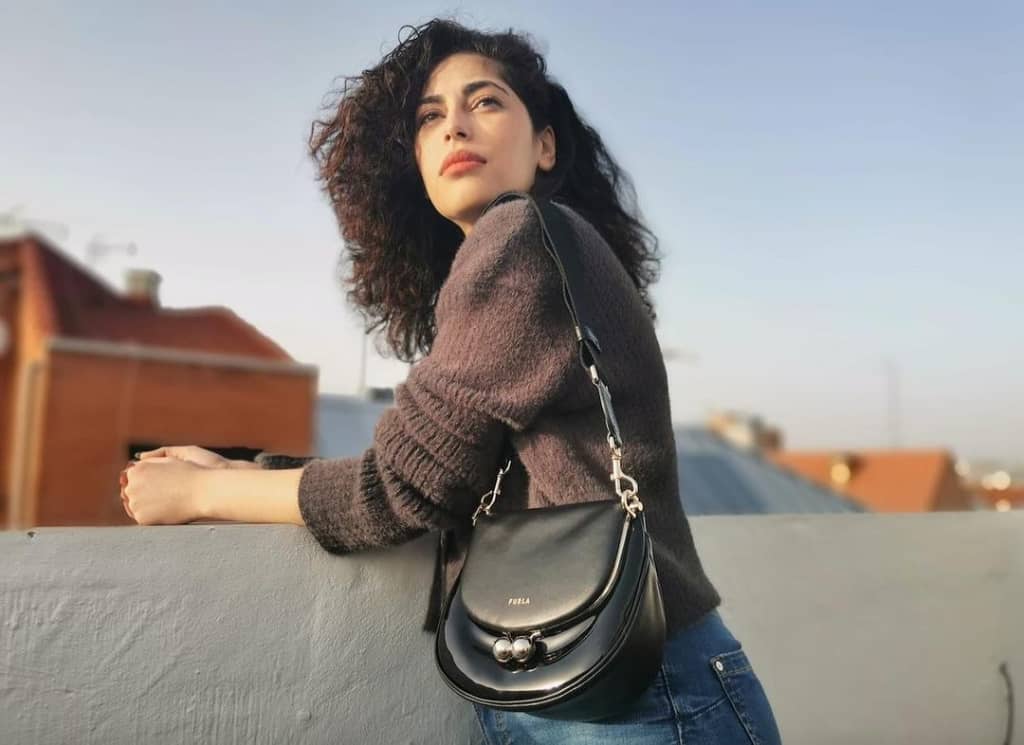 Mina El Hammani is a well-known Spanish actress. She is best known for her role of ‘Nadia’ in the streaming television series Élite. On a personal level, she’s such a beautiful character. She’s a very strong woman. The character of Nadia knows perfectly what she wants, and how she wants to do it.

Nadia has taught her to continue being the way she is, to be authentic, strong, and independent, to work on what she wants to do, and, well… to enjoy life. Although Mina’s background is different from Nadia’s, her own dual culture brought a deeper level of understanding to the role.

She explains. “If we tell stories that are real, that is about every day, I think it bors fundamental – especially for a younger audience – to bring about that debate. Also so that we have to share and understand other people’s situations, above all, so that we can empathize with the person who is next to us.

Mina El Hammani was born on 29 November 1993 in Madrid, Spain. The 27-year-old actress, who grew up in Madrid with Moroccan parents who settled in Spain, and both of these countries are important to her sense of identity, as well as being something that she’s proud of.

It has been the best thing that could have happened to her, having that double culture and being able to enjoy it.” “The most influential people in Mina’s life have been her grandmother, mother, and her sister,” she says, clearly happy to share the affection she has for her family.

Mina El Hammani got fame playing bright and self-assured schoolgirl, Nadia, on the hit Netflix teen drama, Élite. Having left the cast at the end of season three, she spent the summer shooting El Internado, a new project for Amazon due to air next year.

It’s not surprising that saying goodbye to Nadia stirred up so much feeling. When Mina first arrived on the set of Élite she was only 24, and although she had other roles under her belt, none were as big as this. She credits Nadia with teaching her “almost everything” she knows professionally, however, her relationship with the character runs much deeper than that.

Here is a list of Tv series of Mina.

As a model, Hammani has appeared on the cover page of InStyle Spain, Nylon Spain, to name a few. She made a debut from Centro medico, where she portrayed the role of Amina. Similarly, in 2015 she appeared in El Principe as Nur.

Mina El Hammani is currently unmarried. Mina is still working hard to make her name in the movie industry. That might be the reason why she has moved a step back into her love life. To be clear, Mina is single and wants to build up her career from scratch.

She generally spends her time with friends and family, and pre-pandemic she’d often visit the theatre or cinema. Now that cultural activities have taken a back seat in Spain, like many other countries, she’s trying to be more active, and has turned her hand to boxing.

As a cat-lover, Mina also enjoys being at home with her beloved feline companion, Makki. She tells me that her friend got him from a farm in Murcia after his mother was poisoned, and with Mina living alone, it was the perfect time for her to get a kitten.

She loves it a lot to her cat. She said that he gives her a lot of peace and a lot of tranquillity. She treated him as her son.

Mina El Hammani estimated net worth is $5 Million USD. It has not been so many years that this Spanish actress in the industry.

Mina El collected most of her earnings from her Yeezy sneakers while she had exaggerated over the years about the size of her business, the money she pulled in from her profession real–enough to rank as one of the biggest celebrity cashouts of all time.

Her Basic income source is mostly from being a successful Actor. Apart from this, there is no actual data about her salary, cars, and mansions. One thing is sure that she lives a lavish lifestyle. On her holiday, she visits several fancy destinations all over the world.

She’s also keen to point out that when it comes to societal pressures surrounding body image, she doesn’t care. It’s refreshing to hear that someone who spends their life in front of cameras is so comfortable with the way she is, both inside and out.

Next Read: Who is Megan Montaner? A famous Spanish actress’s biography