The hardest exam of India, UPSC has now become the dream of peoples to crack it. However, lakhs of peoples were failing every year. But here we have covered the life story of the 2019 UPSC topper, Pradeep Singh, whose life story could help in cracking your examination. So, begin this inspirational biography of Pradeep Singh and achieve your dream like him.

Who is IAS Pradeep Singh?

Pradeep Singh is the 2019 UPSC exam topper who succeeded to secure the 1st rank all over India. The name was in the headline of newspapers and TV channels after the result declaration of the UPSC 2019 exam on 4 August 2020. Pradeep has also tried earlier for becoming an IAS officer but has failed.

However, he never quite and stood on his persistency. Let you read his biography and IAS journey and get flooded with inspirations and motivations.

Staying focused may seem difficult, but one has to stay determined to achieve the goal – Pradeep Singh 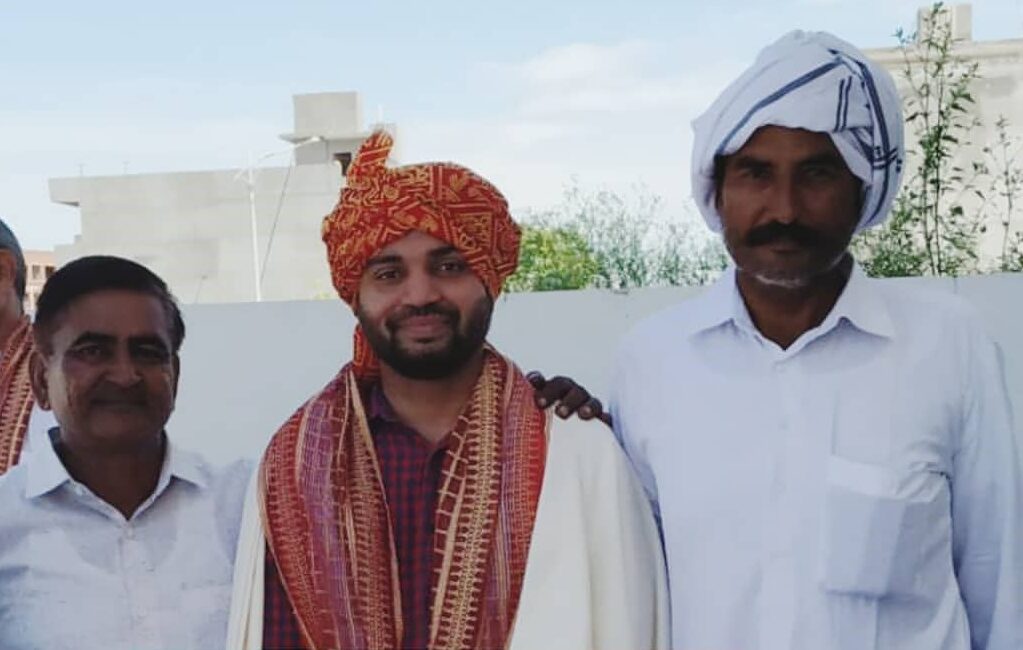 Pradeep Singh was born on 26 July 1981 (age 39 years) in Sonepat, Haryana, India. His father, Mr. Sukhbeer Singh is an ex-sarpanch of the Tewari Village of Gannaur, Sonepat. While her mother, Mrs. Sheela Devi is a homemaker. Pradeep’s elder brother, Ajit Singh did his mechanical engineering and now working in the insurance field. He has also a sister, name Manisha who has been graduated in mathematics.

Being the son of a Village Sarpanch, Pradeep had lived a very disciplined and strict life during his childhood. This also led him to become serious about his goals and affections. He describes her mother as his pride and motivation.

Pradeep Singh started his primary education at Shambhu Dayal Modern School located in his native place. He was a very studious and intelligent student in his school time. His mark sheets prove his curiosity toward studies. After completing elementary education, Pradeep enrolled in Deenbandhu Chhotu Ram University and Technology in 2012 to pursue his further education. He later completed his bachelor’s of Engineering in Computer Science.

After being graduated, Pradeep Singh started the preparation for the SSC CGL exam and got recruited as an income tax officer in 2015. Thereafter, he was doing his job as usual. However, he was not satisfied with his post, and then he made his thought to becoming an IAS. Pradeep started preparing for the UPSC exam and gave it in 2018. When the result declared in 2019, he founded himself on the 260 ranks and recruited as an Indian Revenue Service (IRS) officer.

But Pradeep was not satisfied with the rank and the recruitment because he dreamed to become an IAS officer. Therefore, he thought to try again until he wouldn’t complete his dream. This time his efforts and hard works multiplied many times than the previous one. He left everything which was becoming an obstacle in his preparation. He then gave the UPSC examination in 2019.

Now, everyone’s eyes were on the result date. And finally, his hard works paid him when the UPSC declared the result on 4 August 2020. This time he found himself on the very 1st rank. He initially called his father to make them known about his life’s biggest achievement.

In fact, the Chief Minister of Haryana personally met with Pradeep Singh along with his father on 9 August 2020 in Delhi. The CM of Haryana said Pradeep that by achieving this peak, you have not only illuminated the name of your family but also of your village, district, and state Haryana.

Below is the mark sheet of IAS Pradeep Singh in the UPSC examinations.

Almost many IAS aspirants are looking for the strategies and principles which Pradeep Singh used to clear the UPSC examination. Well, below are his major ways and ideas he used in his preparation which can really help you in your exam.

Hence, these are his major advice for every UPSC student. There are many morals coming from his statements. Such as not to divert your thoughts and preparation but target your syllabus for every day. Thereafter, different phases have different ways for preparations and therefore prepare accordingly. And one of the important suggestions is to always believe in yourself and never lose your faith and courage.

IAS officer Pradeep Singh is an inspiration, motivation, and a standalone prove for students who fear with UPSC exam. His biography teaches you the lesson of being not afraid of failing. Pradeep Singh has also failed a bit times in his career, but he never left his persistency. This led him to success and made him great.

Also, Read the Biographies of these UPSC Toppers

So, you never have to quit your focus and dream until you achieve that. It does not matter how many troubles you are facing. The only thing matters are your efforts and hard works. And at last, you will win your life. I hope you have learned something new with this biography of IAS Pradeep Singh. Share this post to every IAS aspirant so that they can also inspire like you.