Here is Richard Hammond whose hidden qualities tell us that he is a mechanic and journalist along with being a very famous TV sensation.

He worked for Top Gears for 13 years and in 2016 he became the face of The Grand Tour Television series.

He has won millions of hearts through his remarkable appearances on various shows.

Now, everyone looks forward to his complete life story, and that’s why here we came for you, along with his wonderful biography that you need to read.

Who is Richard Hammond? 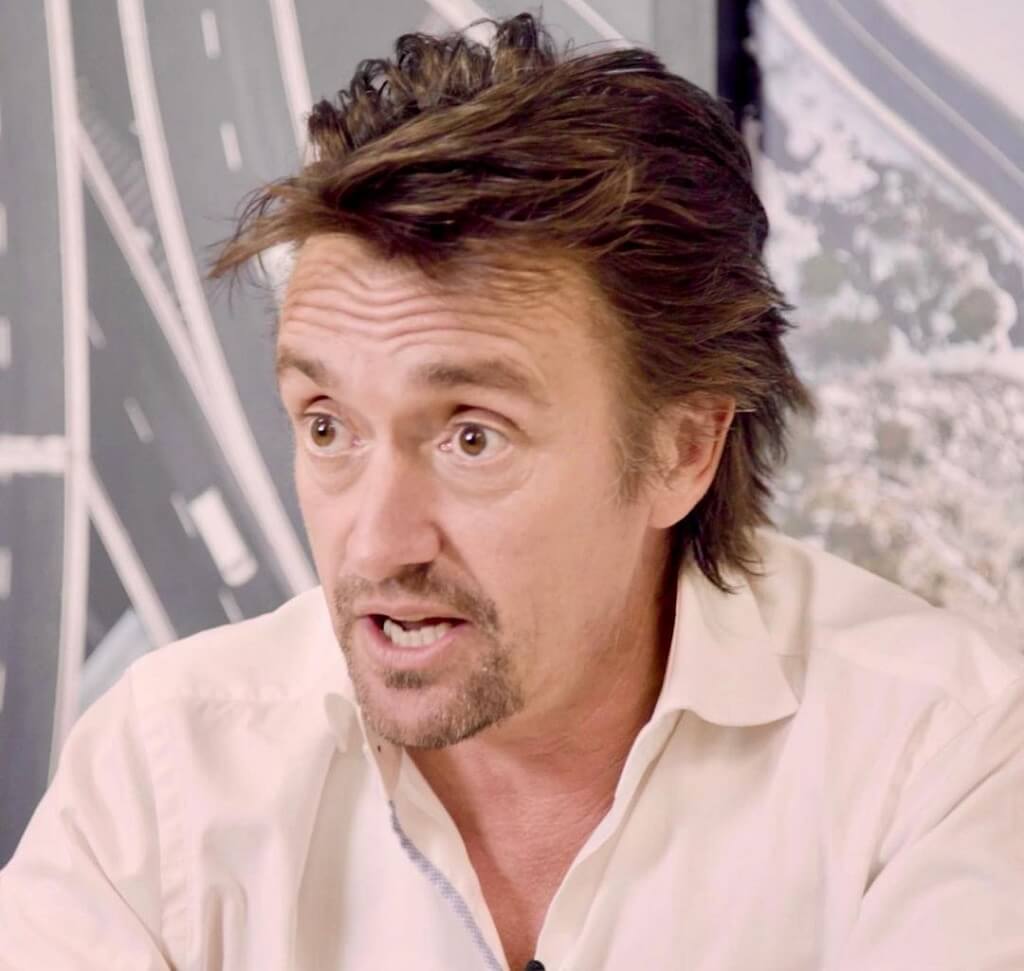 Richard Hammond is a British TV presenter, popular and best known for presenting the famous TV show Top Gear from 2002 to 2015.

Presently, he is working as a costar for the show The Grand Tour along with Jeremy Clarkson and James May.

Jeremy Clarkson and James May also worked as partners with Richard in Top Gear. Till now he has survived two car accidents but didn’t lose his sense of humor.

Let’s explore his complete biography below and become familiar with him.

Richard Hammond was born on 19 December in1969 in Solihull, West Midlands, England. He was the oldest of all three boys and currently he is 51 Years old (age).

He is the grandson of workers in the Birmingham car industry. Richard Hammond moved with his family, father Alan, mother Eileen, and younger brother Andrew and Nicholas to New Yorkshire cathedral in the mid-1980s.

Later on, he shifted to Ripon Grammar School and then studied at Harrogate College of Art and Technology from 1986 to 1988.

The first job of Richard Hammond was to shovel grit into a water filtration plant.

The Journey of Richard Hammond

His regular guest Zogg Zieglar was interviewed by Richard over the phone.

They became good friends. He auditioned for Top Gear following his encouragement.

Due to his hard work, Hammond became a presenter on Top Gear in 2002, when the show began in its updated form. His nickname “The Hamster” was braced on three different occasions.

BBC decided not to resume its contract with Top Gear. He worked as a presenter in Top Gear until 31st March 2015. 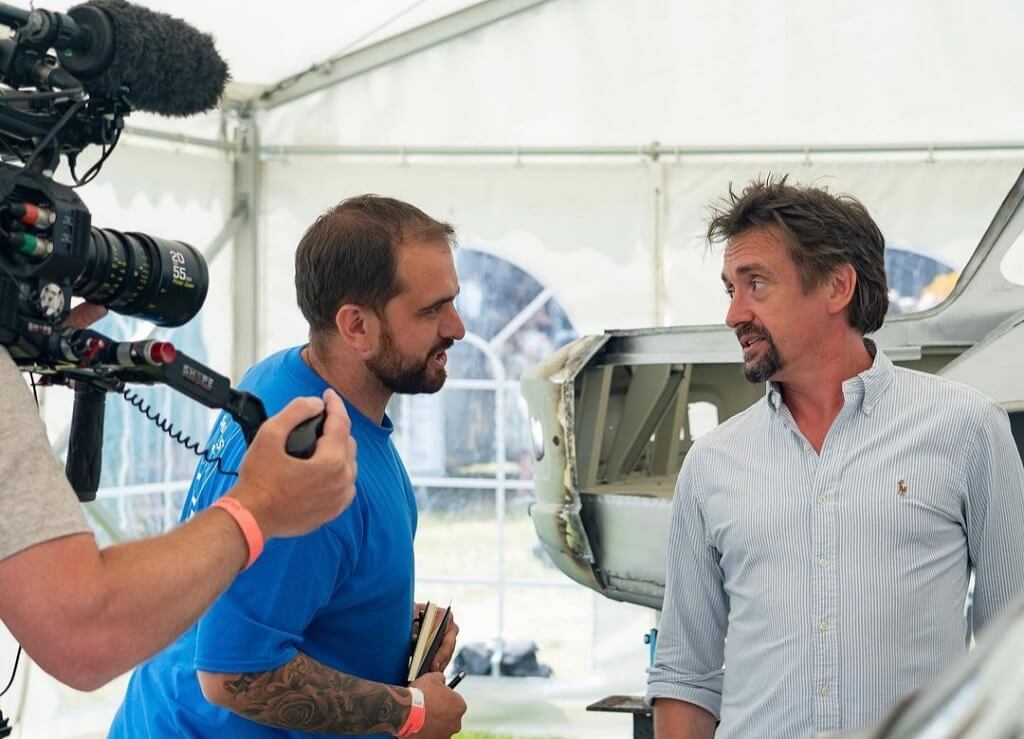 When he was filming for a new series of Top Gear (2002) on 20th September 2006 he was injured severely when he was piloting his jet-powered car. His car was named Vampire.

The car (vampire) was moving at a speed of 513km/h (319mph) at the time of the accident. The accident happened as a result of the failure of the front right tire.

He requested his fellows not to mention the crash again. This request of his was accepted except for occasional references. Richard made a comeback to the show on 28 January 2007.

Richard was airlifted to the hospital after the crash of a Rimac Concept One electric supercar on a hill in June 2017. Luckily he experienced a minor injury fracturing his knee.

One of the interesting facts about his career is that he published more than ten books.

Richard Hammond married Amanda Hammond on May 4, 2004. His wife, Amanda is known by her nickname “Mindy”.  Amanda is a columnist and works for Daily Express.

Later on, he and his family adopted the official Top Gear dog. 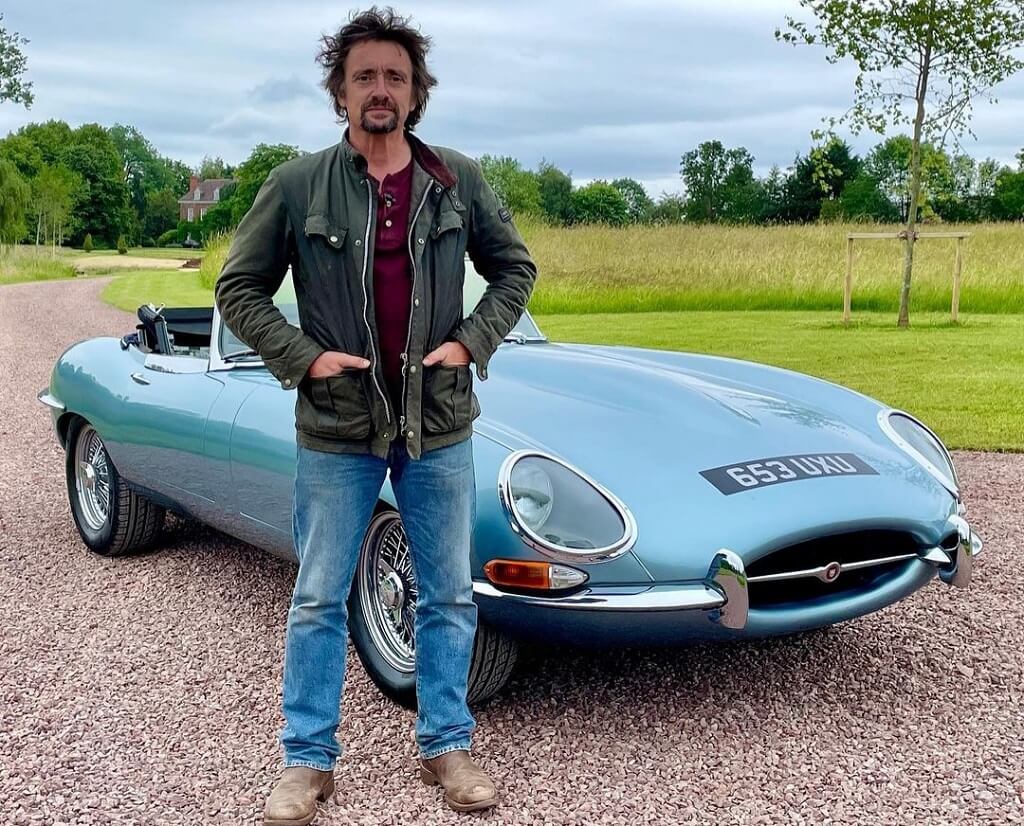 Richard Hammond is a household name. He has been working for television for the last two decades. He has accomplished himself as a versatile television personality.

He has always been seen as a nice guy with a warm smile on his face.

Talking about Richard’s physical appearance, his height is approx 5 feet 5 inches. Besides this, he looks so attractive and has a bold body figure.

He has black hair and some sources also claim that he has brown eyes.

According to a report, the net worth of Richard Hammond is $45 million. At Radio Lancashire he met with racing journalist Zieglar and Zogg Zueglar, they encouraged him to try motoring reviews.

Following their advice and after his first audition for Top Gear and became a top presenter in 2002.

Earlier in late 2020, a report by express.co.uk stated that Richard Hammond has an estimated net worth of $37 million USD, which is equal to £33 million pounds.

At all, he has established himself stronger in terms of his financial status. Besides this, he is successful at every stage.

He earned the nickname “The Hamster”, thanks to his small stature compared to his co-host James May and Jeremy Clarkson.

Brainiac: Science Abuse (2003), Should I worry about? and Exploding The Legend, are some of the popular shows the versatile actor had been a part of.

Time Commanders, Petrolheads are some of the famous 5 o’clock shows of Richard Hammond. He makes 12 Million Dollars in one year. The successful carrier of Richard is the source of his income.

Richard Hammond is not only popular in the real world, but has won the title of a social media influencer on a broad scale.

He owns millions of followers on his social media handles.

Talking about the current scenario, below mentioned are his follower numbers on different social media platforms.

Above you can see that he has millions of followers on his social media handles.

And during the time you are reading, he would have surely achieved this mark on his Instagram too, that is just 4K away from reaching that good-looking stage.

Well, you have successfully completed the biography of Richard Hammond.

I hope you enjoyed reading his story and have entertained at some levels. We would be grateful to you if you share your feedback with us.

After this, make sure to check the biography of Fiona Bruce who is among the top serving journalist on BBC.