Tokyo Vanity is a rapper who is originally from New Orleans, Louisiana. The cause for her fame is her 2015 hit, “That’s my best friend” which went viral on Instagram and Vine.

She has garnered media attention for her body positivity and virginity.

She is the youngest member of Love and Hip-hop Atlanta’s cast and has won an award for being the favorite cast member of the show.

Her body positivity and acceptance have influenced people all around the world.

Let’s take a look at her wonderful biography.

Who is Tokyo Vanity? 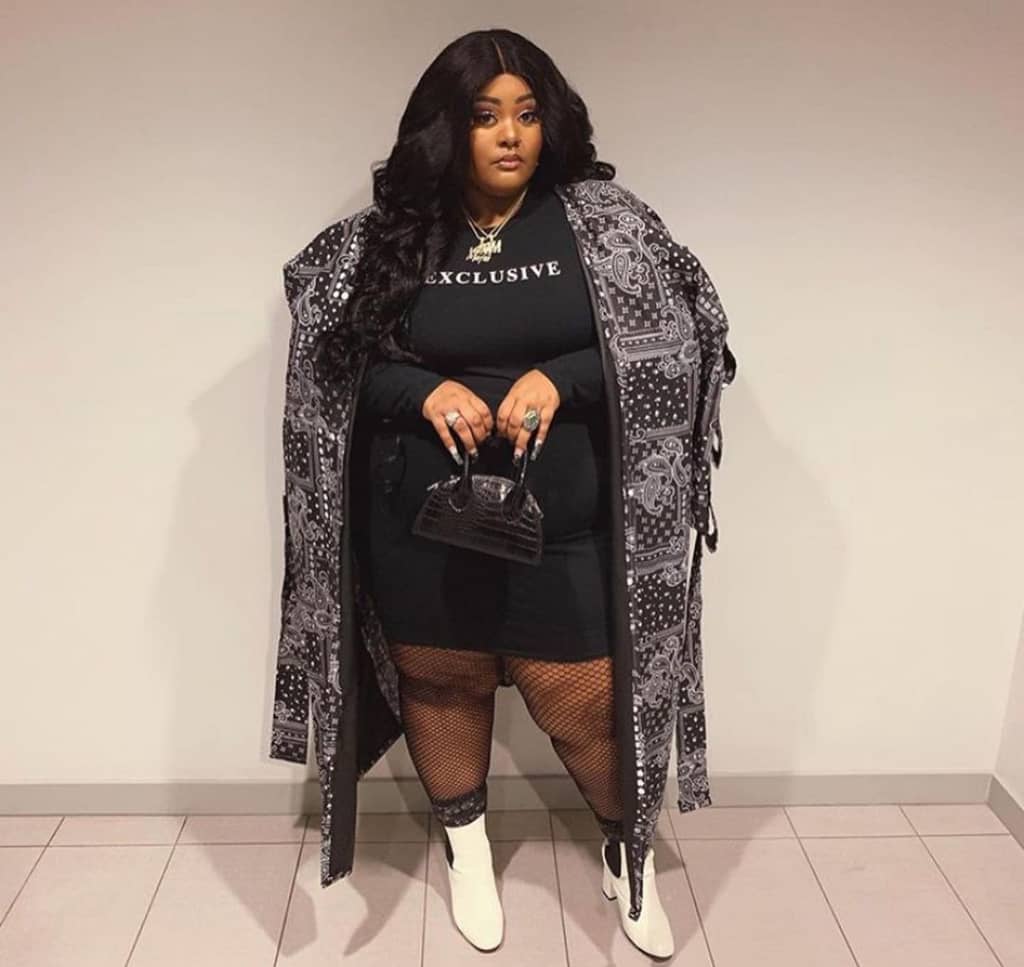 The rapper is best known for her appearance in the popular reality television series ‘Love & Hip Hop: Atlanta.’

During her casting, she was just 23 years old which made her the youngest star to be cast in this show.

Tokyo was first spotted immensely while pursuing her career as a social media personality.

She has taken the advantage of this modern era and created a strong community of her own.

In 2015, she came into the limelight with her YouTube video title “That’s My Best Friend”.

The video went viral and she eventually earned a lot of followers on her social media handles.

Right now, she is holding millions of followers on her social media platforms and leading her life all the way. Let’s explore her in-depth biography below and get familiar with her.

Tokyo Vanity was born on 28 September 1994 in New Orleans, Louisiana, United State. She is from a family of African and Colombian descent.

Not much is known about her early life, her parents, or her origins.

However, it is well known that she completed her education at Huntington high school in Shreveport. After that, she turned to music and took it up as her career.

She also started in the Reality Show Industry.

Tokyo got her first big break when she uploaded her video “That’s my best friend’ on YouTube 4 years ago.  It resulted in 30 million views. This was the start of Tokyo’s rise to success.

Her early singles include “Fetty,” “Pull Up,” “I’m the Shit,” “Really Doe,” “Dedication,” “No One,” “No Questions,” “Gold Digga,” and “Outro.” She is still working on new songs and plans to release them on YouTube.

Tokyo rose to prominence after appearing as a supporting cast member on VH1’s reality show “Love & Hip Hop: Atlanta.” She debuted on the reality show in season seven.

Being a reality star, she cannot keep her affairs out of social media’s eyes and she doesn’t mind gossip and scandal.

So far, she has discussed everything in public, from her virginity to her dating history.

Now she is a model for Casanova, a famous clothing brand, and is a cast member of Love and Hip-hop Atlanta.

It was Tokyo’s passion for music that led her to meet the love of her life BC Jay. He is also a popular rapper.

They have no plans of getting married and rather are focused on their individual careers. But the handsome hunk is a father of two kids.

Tokyo is not shy about sharing her love life with the public on social media and that day is awaited when she will present to the world their baby, with eyes as beautiful as hers.

As much as mysterious this woman is, she is an example of her body positivity. Although she has been fat-shamed many times.

She continues to stand tall at 5 feet nine inches and advance further and further in her modeling career.

She has not been interested in sharing much about where she spent her childhood, or who brought her up but her current life is ever alive and is still going. Tokyo is a great woman.

Social media platforms are now the best source when it comes to knowing about a person’s popularity.

Similarly, if we talk about Tokyo Vanity’s appearance on social media platforms, we can get to see something really amazing.

Besides this, Tokyo has earned more than 1.4 million followers on her Facebook page.

As we know Tokyo is a YouTuber also, so take a look at her channel growth too. She created her YouTube channel on 9 July 2011 and named it after her.

Further, she has achieved more than 280K subscribers on her channel with just about 36 videos.

The estimated net worth of Tokyo Vanity is $1 million USD. She has earned this huge amount of capital through her career as a rapper and artist.

Apart from this, Tokyo has highly earned from her appearance as a television personality in various shows.

Holding over 280K subscribers on her channel, she looks good at generating an abundant amount of money through her YouTube channel.

Also, she can even earn by doing brand promotions and advertisements on her social media handles.

All, she is financially good and is enough to live her life in a relaxed way. Next to read: Who is Buffie Carruth